Engaged! Derek Hough, 37, pops the question to girlfriend Hayley Erbert, 27, after seven years of dating: ‘It’s only the beginning of forever’

Derek Hough is engaged to his girlfriend Hayley Erbert after seven years of dating.

‘It’s only the beginning…the beginning of forever,’ the Dancing with the Stars champ wrote in an Instagram caption posted on Thursday.

In the romantic picture, fellow DWTS pro Hayley, 27, is seen being picked up by Derek, 37, as she wraps her legs around his waist.

Engaged! Derek Hough, 37, pops the question to girlfriend Hayley Erbert, 27, after seven years of dating: ‘It’s only the beginning of forever’

Judging by the post, it looked as though Derek made a very grand gesture as they posted in a room full of flowers and candles.

Stars including Jennifer Love Hewitt and Heidi Klum were among the first to congratulate the couple.

‘Yay!!! I have wanted this post for so long! Do I know them? Nope. But love is everything,’ Jennifer wrote, while supermodel Heidi gushed: ‘Finally… most gorgeous couple ever.’ 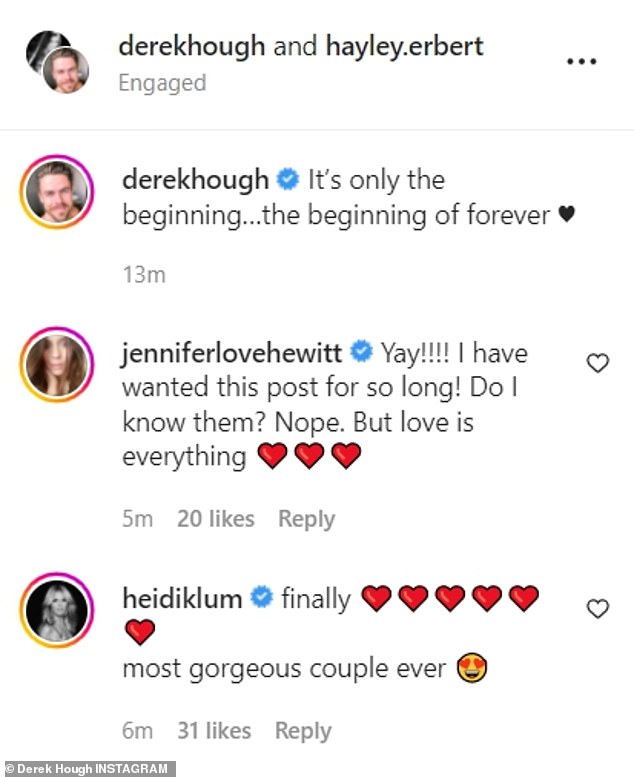 Happy news: Stars including Jennifer Love Hewitt and Heidi Klum were among the first to congratulate the couple

The post was also liked by Selling Sunset’s Chrishell Stause, This Is Us actress Chrissy Metz, and Queer Eye host Bobby Berk.

The couple have been dating since 2015, at first keeping their relationship under wraps – however, earlier this year they were seen packing on the PDA while on vacation in Tulum, Mexico.

Talking about their relationship in 2020, Derek said keeping things private between the pair had become ‘exhausting.’ 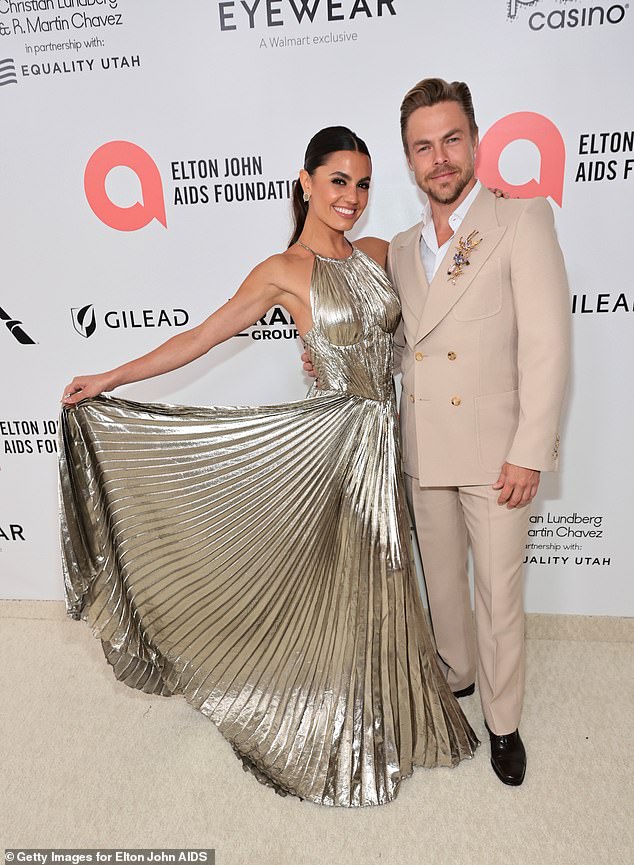 Glam: No doubt that the professional dancer will look stunning on her big day (Pictured above at Elton John’s Oscar bash in March this year)

‘It’s just tiring. It was liberating, honestly, just being like, “Hey, this is our relationship. This is cool. This is what it is and it’s great,”‘ he told Entertainment Tonight.

‘I think I just kind of got almost conditioned to feel or believe that I have to hide everything. When in reality I was just like, “You know what? There’s a freedom to just being open about it.”‘

The pair met while working on the ABC dance competition series, with Hayley having been a dancer on the show for seven seasons. 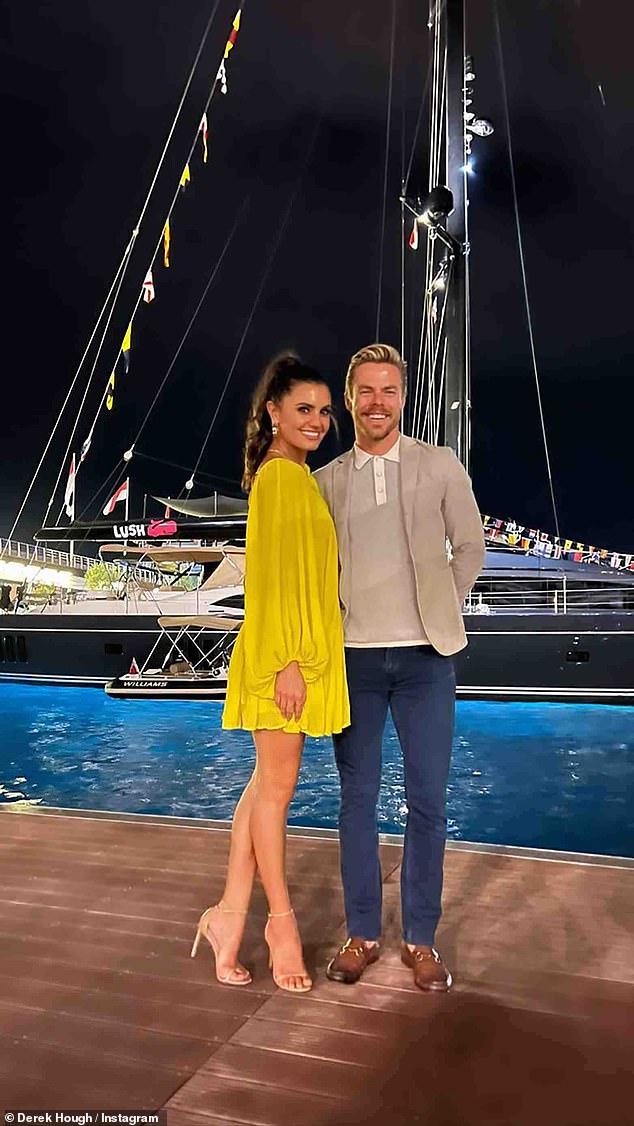 Travels: The couple recently enjoyed a trip to Tulum, Mexico