Legendary TV actor Dennis Waterman has died at the age of 74, his family has announced.

Waterman was one of the most popular television actors of the 1970s in 80s. He starred as bodyguard Terry McCann in Minder after first finding fame as tough nut cop George Carter in The Sweeney.

In more recent years, he starred as Gerry Standing in the BBC’s New Tricks, and throughout his career other TV roles included ITV’s Where The Heart Is, The Canterbury Tales and Moses Jones, both for the BBC..

In a statement, his family said he died today in Spain with his wife Pam at his side.

Dennis Waterman, right, was one of the most popular television actors of the 70s and 80s. Pictured here with Minder co-star George Cole 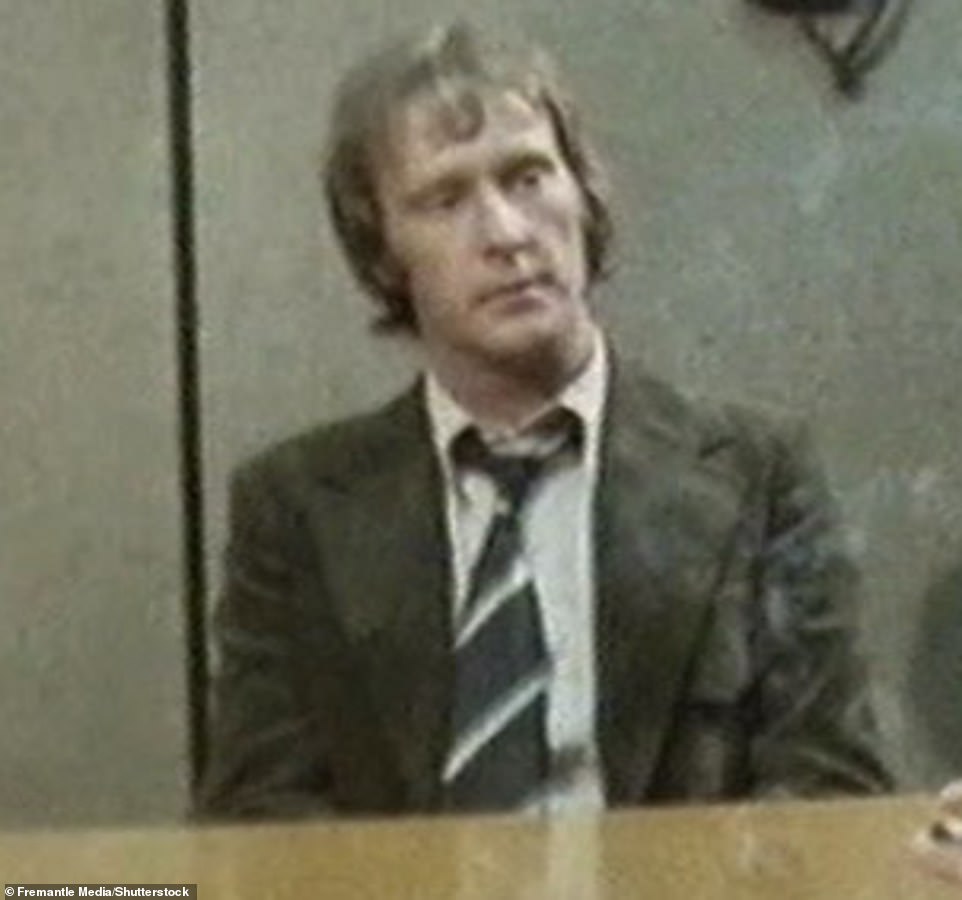 Legendary TV actor Dennis Waterman has died at the age of 74, his family has confirmed. 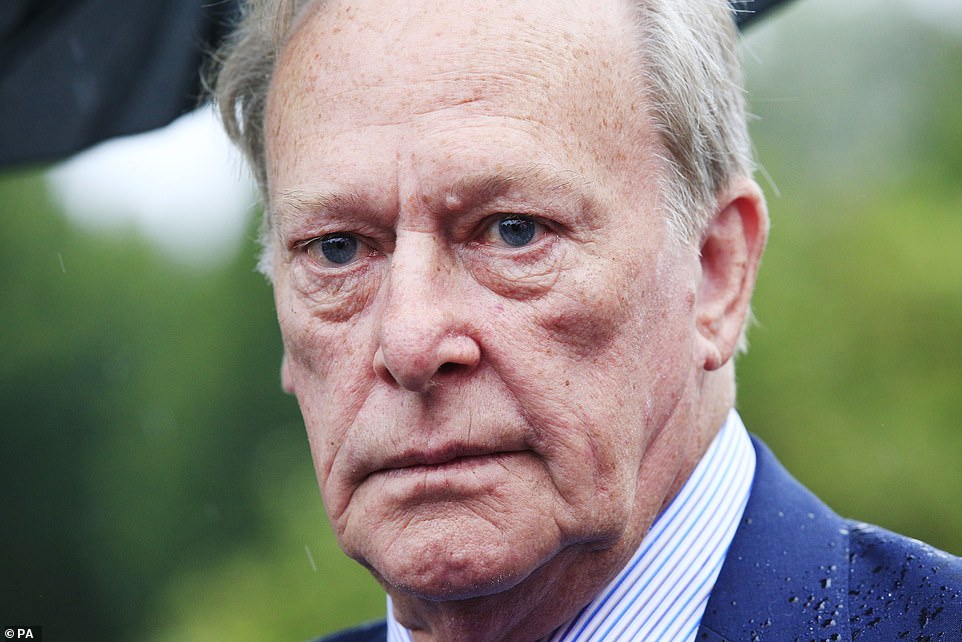 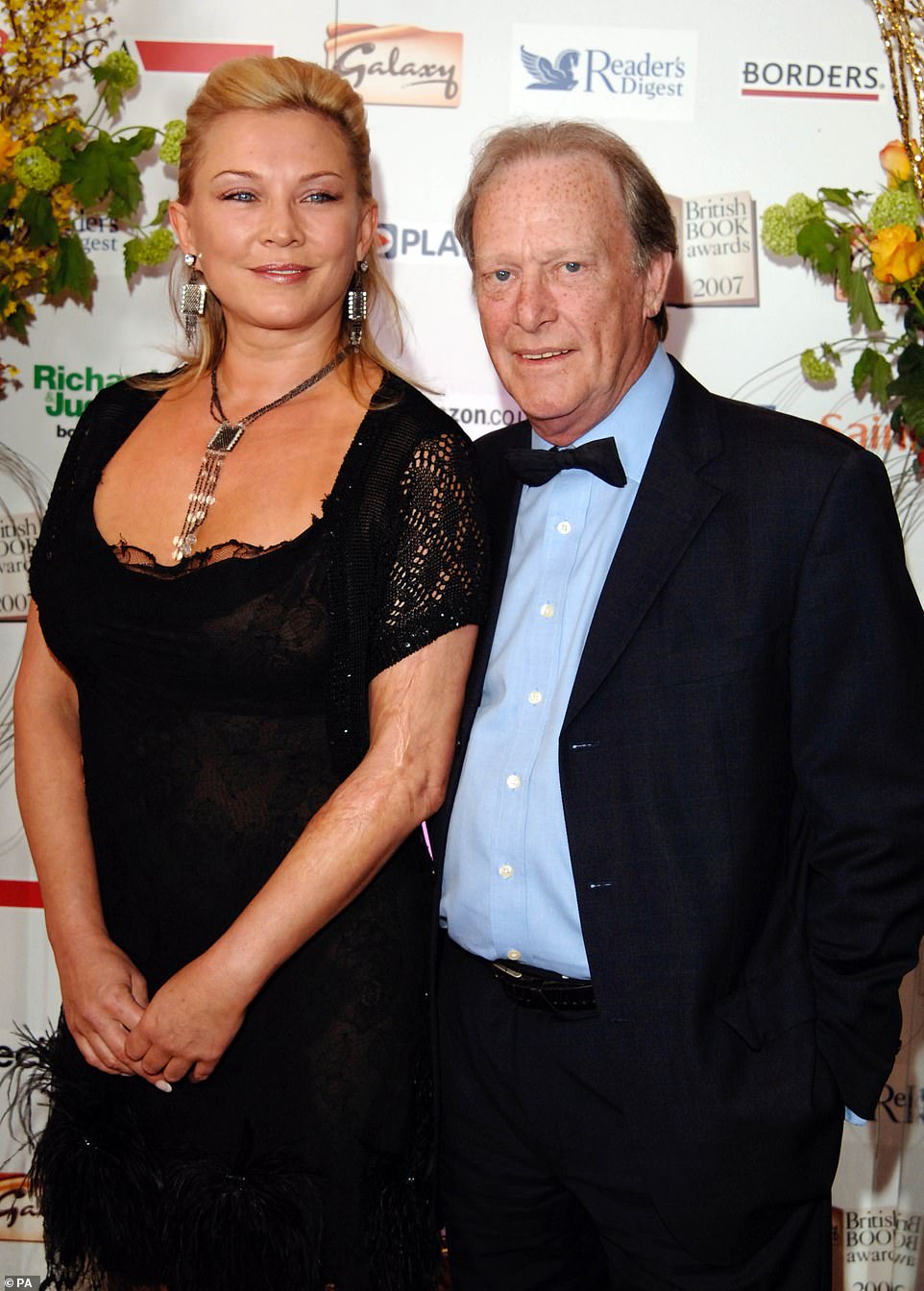 They stated: ‘We are deeply saddened to announce that our beloved Dennis passed away very peacefully at his home in Spain. The family kindly ask that our privacy is respected at this very difficult time.’

Tributes have flooded in as news broke of Waterman’s death.

Producer Jonathan Sothcott tweeted: ‘Dennis Waterman was one of our biggest TV stars throughout the 70s and 80s, an everyman figure who felt like one of us. A naturalistic, nuanced actor.

‘Terrific in The Sweeney, unforgettable in Minder (helluva song too, lampoonery aside). They don’t make ‘em like that anymore.’

Actor Stuart Anthony said: ‘Dennis Waterman has left us. What a fantastic talent and lovely man. Such a loss to the industry. RIP.’

Newsreader Kay Burley posted: “A brilliant actor who was a staple on our screens throughout the 70s and 80s. Loved The Sweeney. Loved Minder more.’ 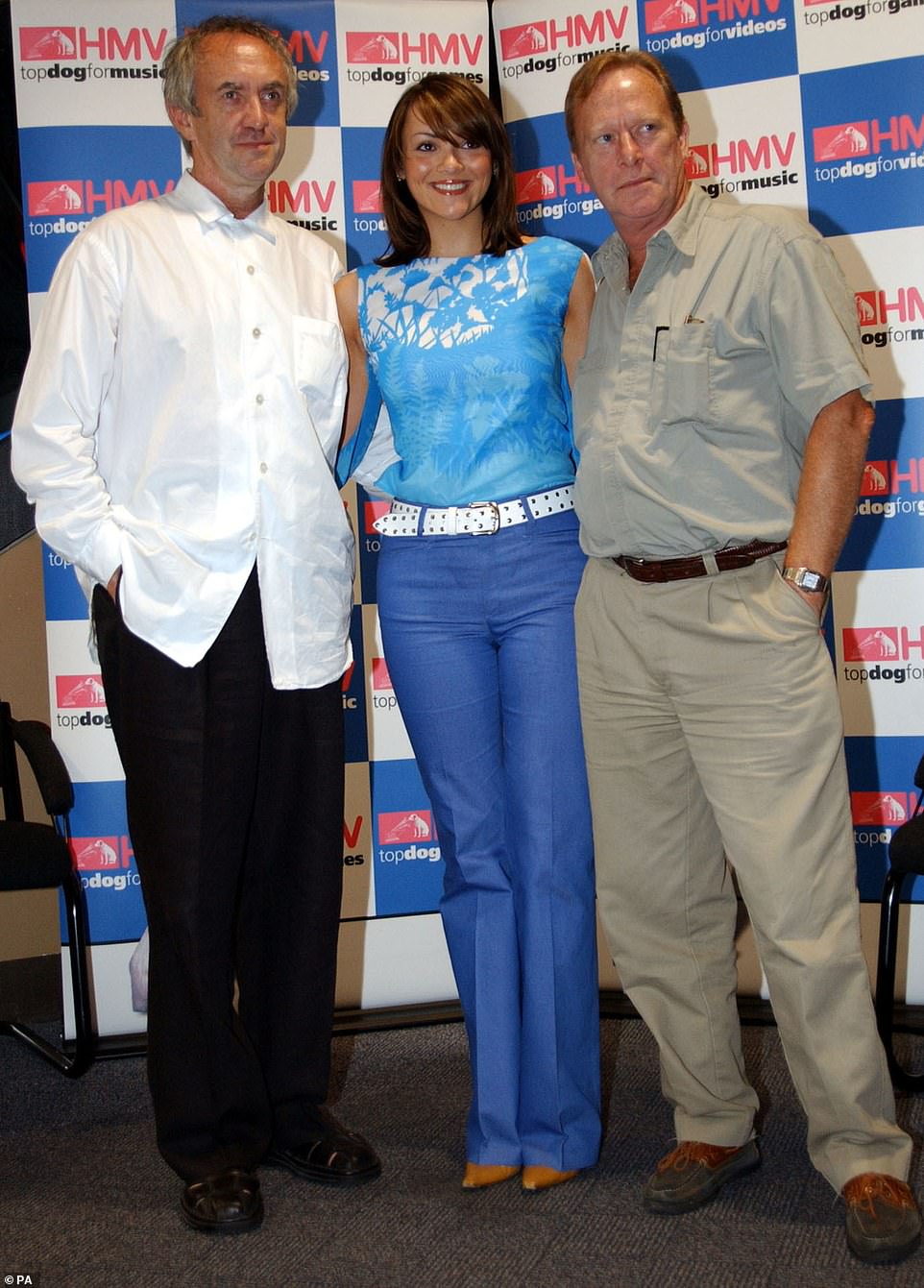 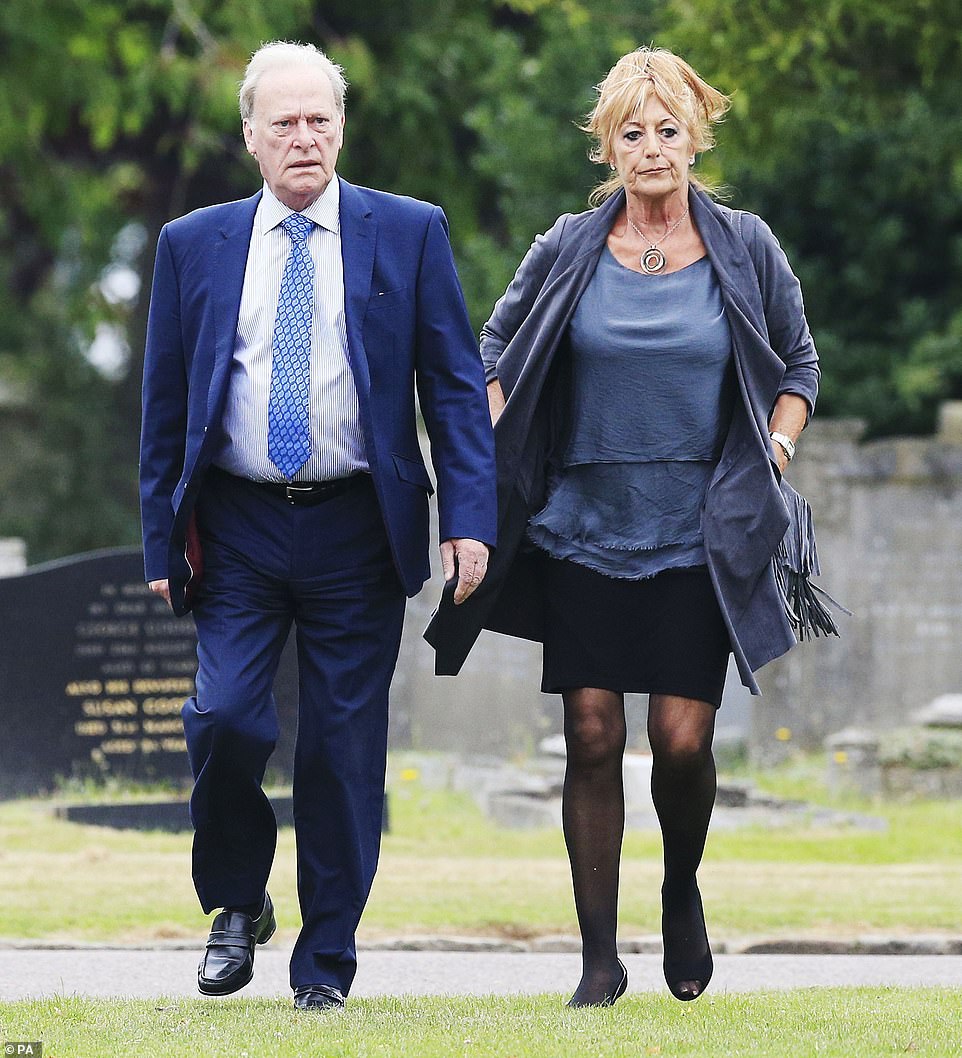 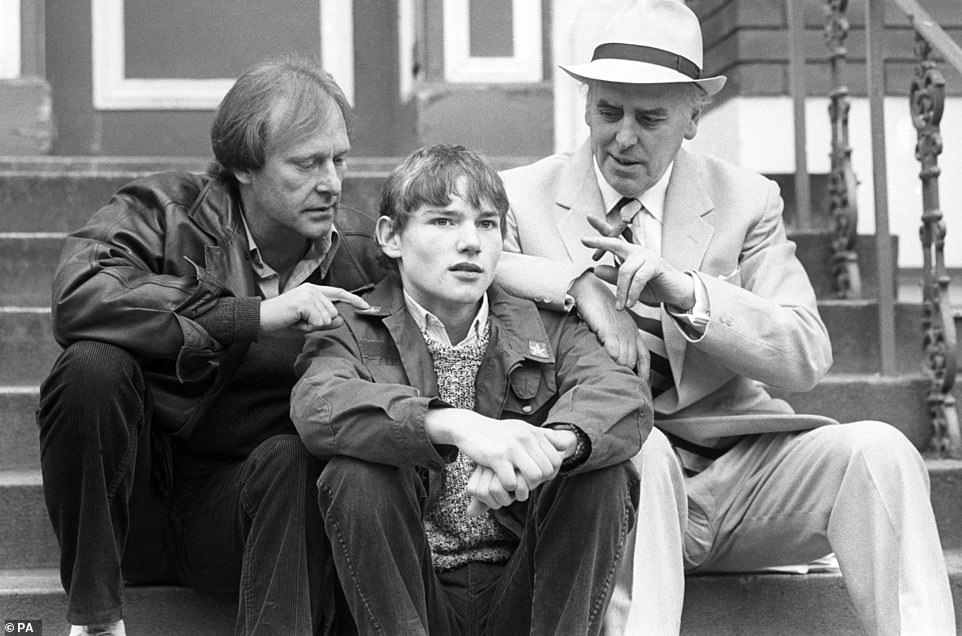 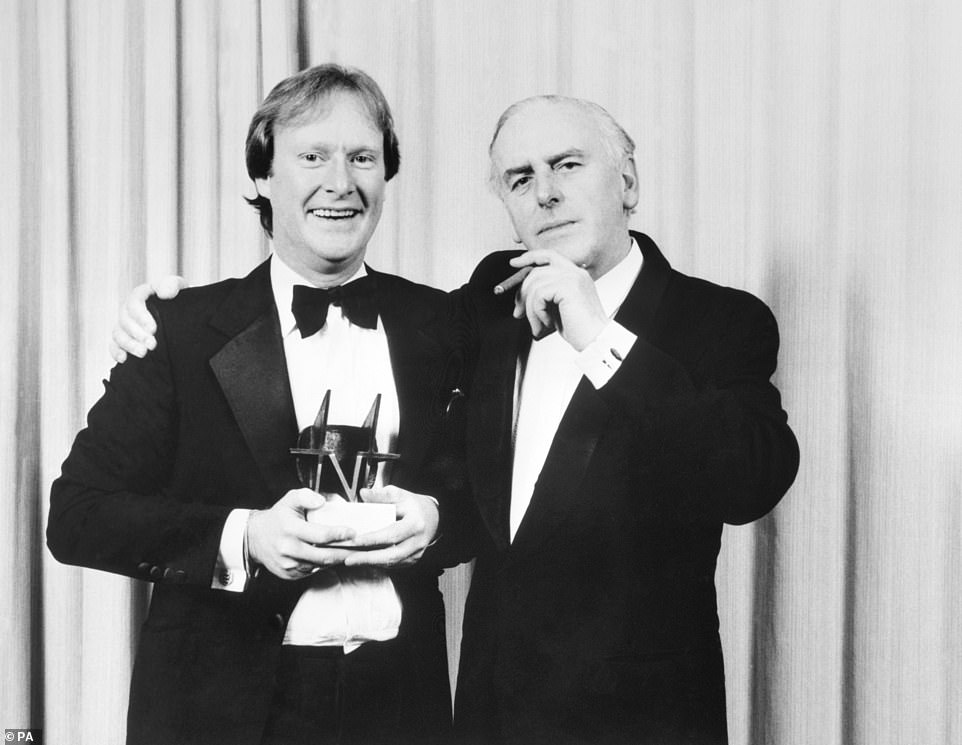 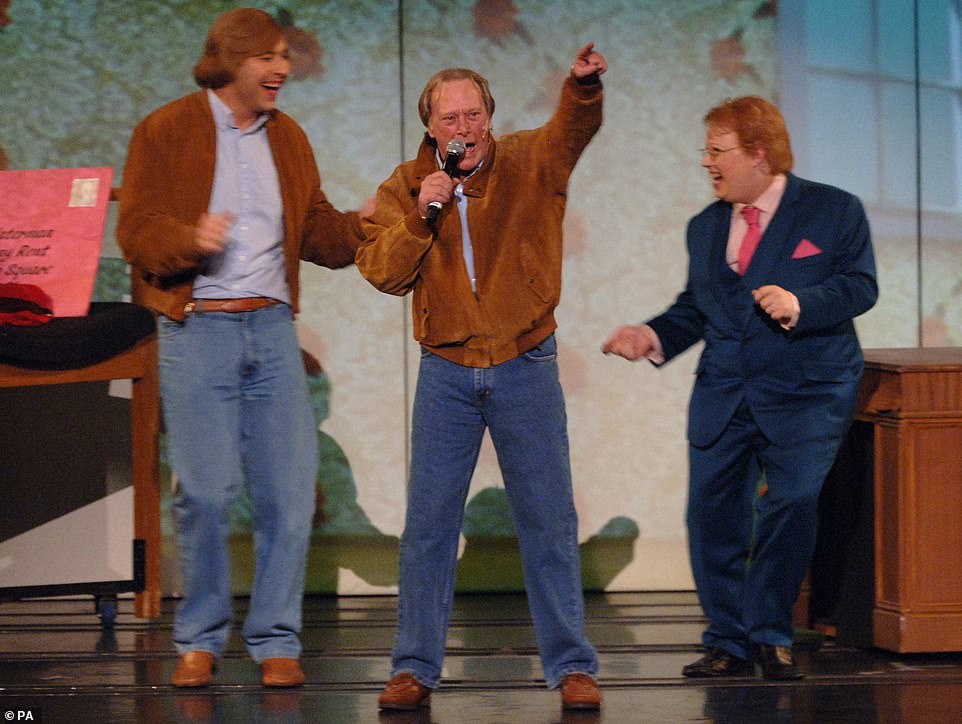 Waterman was caricatured on Little Britain by actor David Walliams and made a surprising guest appearance with Walliams and co-star Matt Lucas at the Comic Relief in 2006.

And Lucas was among many sharing tributes to the actor today, tweeting: ‘I grew up watching Dennis Waterman’s iconic performances in The Sweeney and Minder.

‘His guest appearance in our Little Britain Live show at Hammersmith Apollo – in which he hilariously duetted with David’s absurd impersonation of him – remains the absolute highlight of my career.’

Born in London, Waterman was educated at the Corona Theatre School and began his showbiz career at a young age.

Following a role for the Children’s Film Foundation, he was invited to join Stratford’s Royal Shakespeare Company.

A role in the BBC’s adaptation of the Just William books followed and the actor would, in his later years, reflect on some of the different roles he undertook.

In 2009, he starred in the BBC’s hard-hitting drama Moses Jones, a role which he said at the time he had enjoyed because it cast him in a different light.

He added: ‘I really enjoyed it, because it was a very different kind of character – and that’s important.

‘On television in Britain, I’m sort of the cheeky chappie, everybody’s mate, but I’ve never played anything like that in the theatre. It’s strange that you get cast as different things in different parts of the media.’

His role in 2004’s drama New Tricks marked his return to a long-running show for the first time in a decade and saw him star alongside acting stalwarts James Bolam and Alun Armstrong.

His character Gerry was part of the cold case squad, who were often at odds with their detective boss, played by Amanda Redman.

Minder was later revived by Channel 5 in 2009, but Waterman did not return for the new outing.

Waterman was married four times and had two daughters with second wife Patricia Maynard, one of whom is former EastEnders actress Hannah Waterman – who later played his daughter in New Tricks.

He attracted headlines when he split up with Maynard in 1987 and married actress Rula Lenska, but the marriage fell apart after ten years amid claims of abuse. In 2012, Waterman attracted controversy in an interview by stating: ‘She certainly wasn’t a beaten wife, she was hit and that’s different.’

Waterman married his fourth wife Pam Flint in 2011, after being friends for many years and they remained together until his death.