Demand for overseas homes in Spain has soared and is now at its highest level in four years.

The number of buyer enquiries for a home in Spain was up 36 per cent in April this year compared to a year earlier, according to Rightmove.

Although that compares to a time when Britain was still under lockdown travel restrictions, Rightmove added that Spanish property purchases by Britons in the first three months of this year were the highest since 2018 and up 16 per cent on 2019, the year before the pandemic.

The number of British buyer enquiries for a home in Spain is up 36 per cent in a year, according to Rightmove 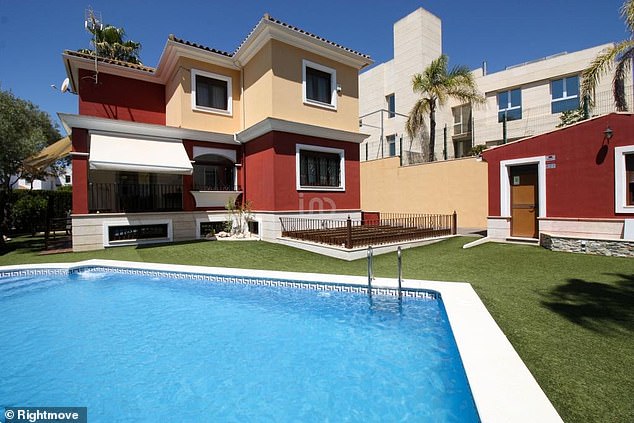 The property website said Spain has seen biggest jump in buyer enquiries of any country in the month.

It refused to give exact numbers for the number of people contacting estate agents and only revealed the percentage increases.

It comes as Rightmove said buyer demand across all overseas countries is up 18 per cent compared to last year.

It said that new data from the Spanish Registrars – the Spanish equivalent of the Land Registry – shows that the number of British buyer transactions in Spain is at its highest level since 2018.

British buyers continue to be the biggest overseas market for Spain, accounting for 12 per cent of foreign transactions at the beginning of this year 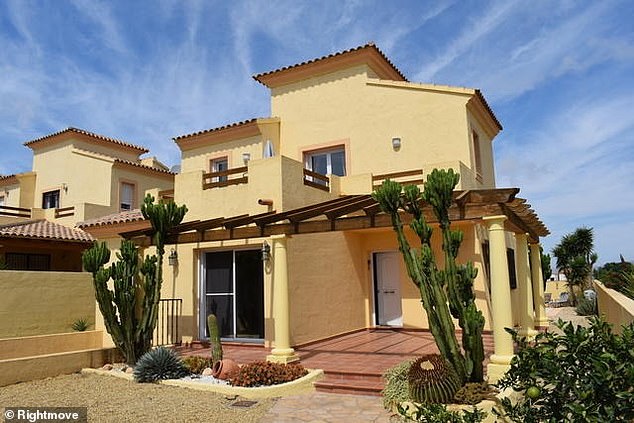 Spanish estate agents reported an increase in enquiries from British buyers amid a rise in successful visa applications to stay in the EU country.

Sorin Neagu, of estate agents Blue Square Spain, said: ‘The market in Spain is thriving without a doubt. For British buyers, two things have changed the market massively in the last two years. First, the pandemic, and second, Brexit.

‘In Blue Square Costa Blanca we are seeing an increase in the number of British buyers enquiring on properties of more than €500,000 to obtain their ‘Golden Visa’, allowing them to reside in Spain which wasn’t necessary pre-Brexit.’ 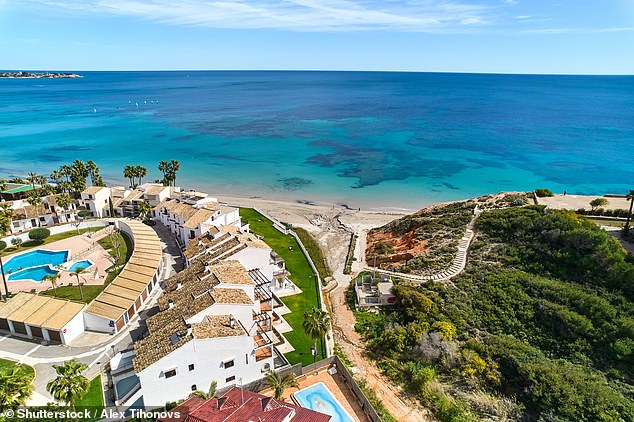 Britons are stay longer in Spain by investing in property costing at least €500,000 as part of the country’s so-called Golden Visa scheme

The so-called Golden Visa is a residence visa for non-EU citizens who invest in property in Spain costing at least €500,000.

At the same time, the so-called non-lucrative visa allows Britons to stay in Spain for longer than 90 days without working so long as they have sufficient financial means to support themselves. It is often used by Britons who are retired.

Mr Neagu added: ‘We’ve been helping British buyers with several things that are very new, such as obtaining the TIE – the new ID document for those outside the EU -, the right documents to avoid double taxation on pensions and other incomes, and getting medical insurance among other things.’ 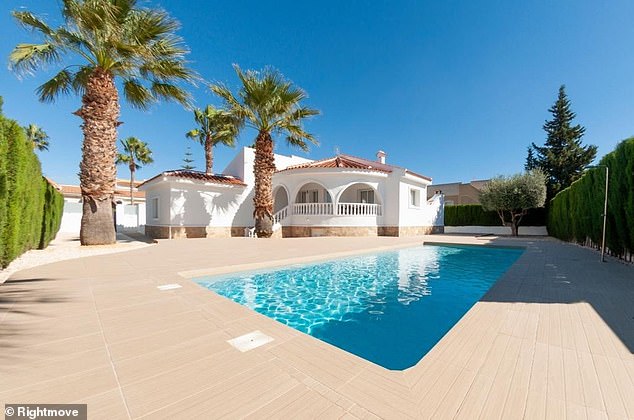 Lisa Cornforth, of Welcome Estates in Spain, said: ‘The UK market is back in strength. The first quarter of 2022 has seen a great spike in UK buyers.

‘There is likely more than one reason for this, the most obvious, travel itself has been difficult in the last two years. This has created a build-up of clients just waiting to come over.

‘The second main reason is the successful applications for visas, especially the non-lucrative visa. This has allowed many clients to continue to pursue their dream of owning a property in Spain.’

Most searched for locations in Spain

Rightmove identified the most in demand areas in Spain with the seaside town of Islantilla being the new search hotspot in the country.

Searches in Islantilla are up more than 16 times compared to last year, rising a massive 1512 per cent.

The area of Bahia De Marbella in the Costa Del Sol is second, up 477 per cent, and the town of Vera in Andalusia is third, up 229 per cent.

Rachel Beaton, of Rightmove, said: ‘From the beginning of the year we have seen positive movement in the Spanish market, with an increasing number of people contacting agents to see properties and growing accustomed to new travel regulations.

‘As we approach peak summer, our data and the latest Land Registry data from Spain suggests many people have been taking action with their overseas moves, compared to last year when perhaps COVID restrictions meant many people remained in the planning stages.

‘It’s clear how important British buyers are to the Spanish market given their share of transactions, and the rising number of purchases from British buyers, despite economic challenges at home, is a sign of confidence in the market.’ 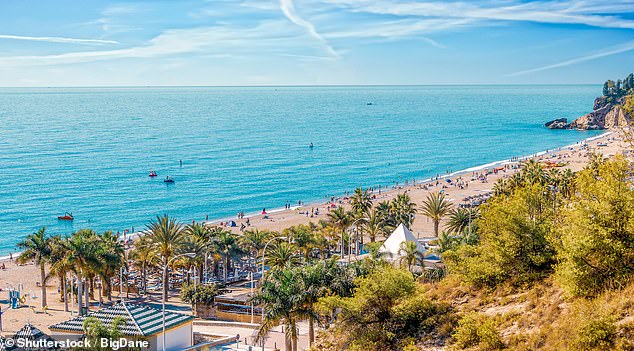