West Ham star Declan Rice insists the way he is performing at the club proves he is completely focused and has not had his head turned by recent transfer interest.

The 22-year-old is on the radar of Premier League rivals Manchester United, Manchester City and Chelsea after he turned down two offers to renew his current contract, which expires in 2024.

Rice has become a key player for the club, captaining the side in the absence Mark Noble, and is also a regular for England, impressing in their run to the European Championship final.

‘Everyone knows how I feel about West Ham and about playing under the manager and what it’s like playing with the group of players I’m playing with,’ Rice said ahead of their Europa League game against Rapid Vienna on Thursday.

‘I feel you can see in my performances nothing is up, nothing is concerning me. I’m playing with a smile on my face, I’m going out there, leading the team.

‘I think you could see a difference if I wasn’t giving 100% but every time I’m putting on the shirt my only objective is to give everything for the club.’ 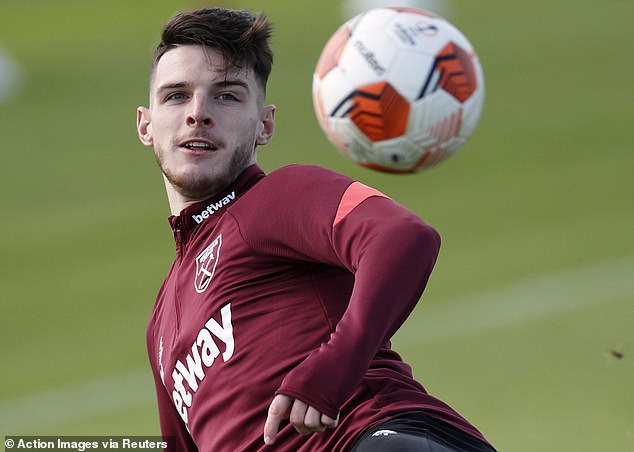 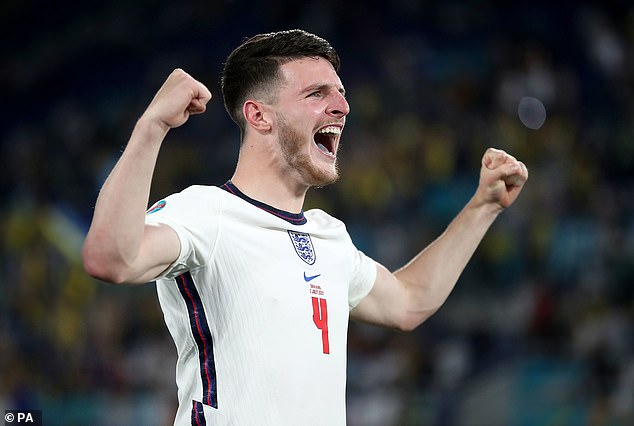 ‘Last season we finished three points off the Champions League,’ he added.

‘The mentality around the place is that every competition we’re entering is that we can go on and win. This is a new one we’re entering and we want to win.’