Debbie McGee has revealed she’s made up with her late husband Paul Daniels’ son after they had a furious public row over the magician’s estate.

However five years on from the star’s passing from a brain tumour, Debbie has said she’s on talking terms with her stepson and isn’t ‘holding grudges’ about the past.

‘Everything is good now’: Debbie McGee has revealed she’s made up with her late husband Paul Daniel’s son after they had a furious row (pictured with her husband of 28 years in 2006)

Speaking to the Sunday Mirror, Debbie said: ‘Everything is fine between us now. He was always a naughty boy!

‘Of course what he said was hurtful so soon after his dad died, but I don’t hold grudges.

‘He was obviously in extreme grief as well and took it out on me, but everything is good now.’

Debbie added that Paul Jr is now employed and ‘pulled himself together’, telling the publication she wishes her late husband could have seen how his son is now.

The former Strictly contestant also revealed she’s intending to scatter some of Paul’s ashes to mark the five-year anniversary of his death – and Paul Jr will be invited along with Paul’s two other sons from his first marriage. 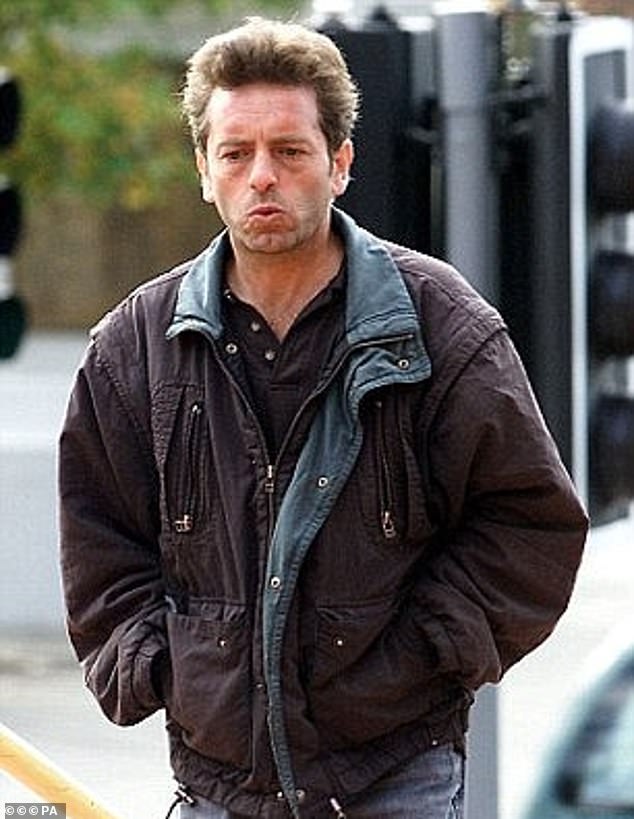 Strong words: Paul Jr, now 61, had called his stepmother a ‘false witch’ and told her she was ‘only good’ for a job in McDonald’s in the months after his dad’s death in 2016 (pictured in an undated photo)

Elsewhere in her interview, Debbie admitted that she felt ‘completely lost’ after the death of her husband and slept with pillows on his side of the bed for for six months.

She also revealed that she’s not been in a relationship since becoming a widow but think’s she could find love again now, if she ever met the right person.

Looking ahead to the five-year anniversary of losing her husband Debbie, who had breast cancer in 2018, said she still misses her love and hears his voice often.

However she tries to stay positive and remember the good times with her husband of 28 years while knowing she can be happy on her own and focus on the future.

Although now being on talking terms, Debbie and Paul Jr’s relationship was very strained after the magician’s death in 2016 as Debbie received his £1.5m estate.

After his father’s death, Paul Jr called his stepmother a ‘jumped-up dancer with no talent’ and said she was ‘only good’ for a job in McDonald’s. 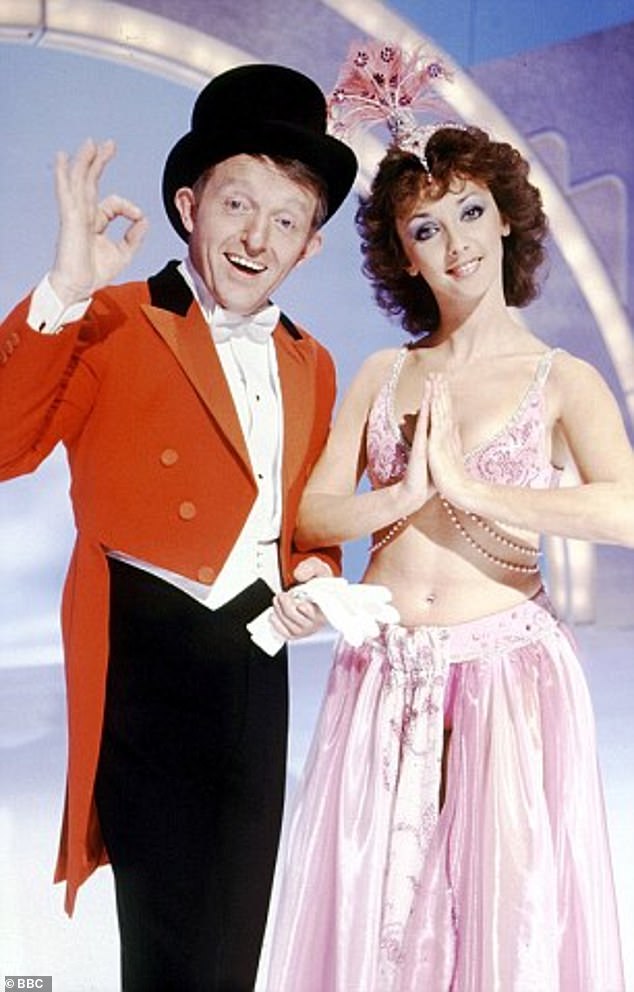 Forgiveness: Debbie said she’s made up with her stepson, saying ‘I don’t hold grudges’ during a new candid interview five years after Paul’s death (pictured in an undated photo from when she served as the magician’s assistant between 1979 and 1994)

He also claimed that Debbie had promised to look after him financially when his father died before refusing him a penny.

Speaking on Loose Women in October 2016, Debbie claimed her husband’s son told her, ‘I’m leaving before I hit you’, after she explained he would not get a penny from his father’s will.

She added that she’d done her best by him, saying: ‘His father said he wouldn’t give him cash as he did like the pub and it would go on beer.’

During the interview, Debbie was joined by Paul’s supportive son Gary, and said that she wanted to ‘give her side of the story’, saying although Paul Jr claimed she’d left him ‘destitute’ by closing the shop, it was ‘losing thousands of pounds annually’. 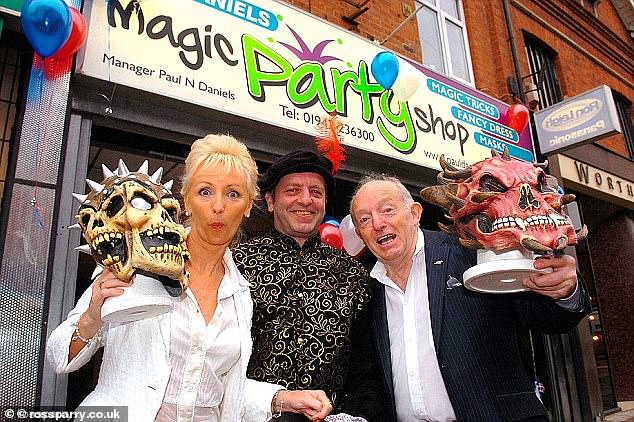 Tough times: After Paul’s death from a brain tumour aged 77 in March 2016, Debbie was left the magic shop which Paul Jr was running (pictured all three together in an undated photograph)

She added: ‘Probate can take up to a couple of years, so all the money and the savings, are all frozen at the moment.’

Entertainer Paul left his entire estate to his wife, but there was only £500,000 left after duties and debts were paid.

Ahead of Debbie’s Loose Women appearance in 2016, Paul Jr said he wants ‘nothing to do with her’ after she closed down the magic shop he had opened with his father in Wigan nine years ago.

Mr Daniels Jnr, who was once convicted of growing £89,000 of cannabis, was at the time unemployed and on the dole.

He is the magician’s eldest son from his first marriage to Jacqueline Skipworth. The pair, who had three sons, divorced in 1975 and Daniels later married Miss McGee. 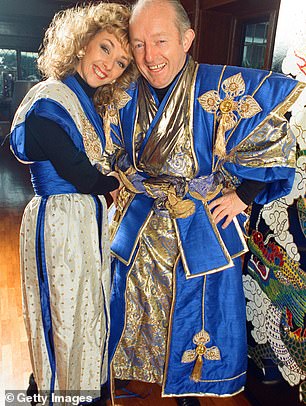 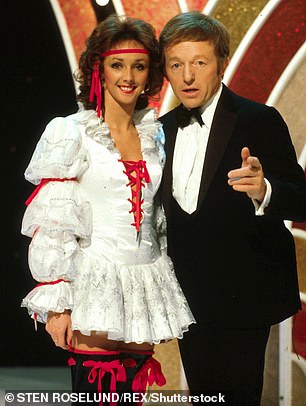 Close bond: Debbie was married to Paul for 28 years and also worked with him on his magic routines for 10 years. Speaking five years after his death, she revealed she still misses him

Debbie revealed during the show that while she got on very well with her husband’s other sons, Martin and Gary, she has never shared a close bond with Paul Jr.

She said: ‘He’s been a problem child. I’m close to the others, there is no hatred there, but he has never been friendly to me. He’s not even loving to his own mother.

‘But my husband was wonderful and this was his son. It’s been seven months since Paul died and it’s been really horrible.

‘He’s sent me threatening messages but he’s still my late husband’s son. I couldn’t hate him. I couldn’t do that to his dad. I felt like I had turned a corner after six months with my grief. But Paul Jr believes what he believes. It’s held me back.’

While speaking on the doorstep of his rented home in Wigan at the time, Mr Daniels Junior, then 56, told the Daily Mail: ‘She’s got nothing going for her now. There is not much money to be made in McDonald’s – that’s all she is good for nowadays.’ 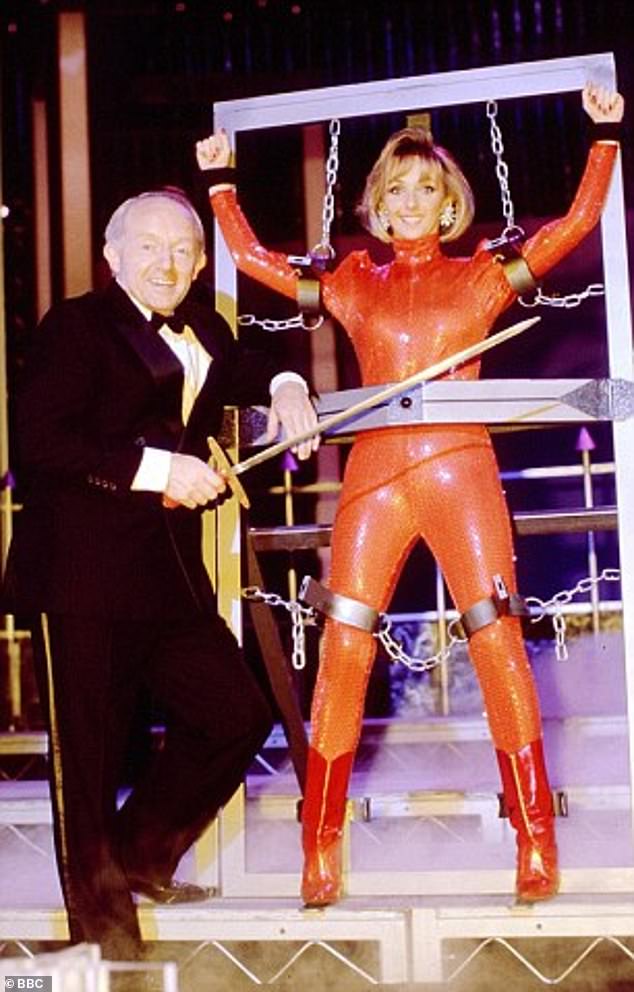 Memories: Debbie said she’s intending to scatter some of Paul’s ashes to mark the five-year anniversary of his death – and Paul Jr will be invited along with Paul’s two other sons (pictured during a magic routine in an undated picture)

And he had previously told The Sun: ‘Debbie McGee is nothing but a false witch who will struggle to survive without my father’s name attached to her.

‘Now she’s just a jumped-up dancer with no talent. She is running around like a sweet and innocent widow but she doesn’t fool me. I’ve put up with her for years for the sake of my dad but now that he’s gone I want nothing to do with her.’

He also claimed that he was almost left homeless after the shop was closed down in May and was forced to contact employment experts in order to obtain a £3,500 redundancy payment from Miss McGee.

The Paul Daniels Magic Party Shop was in his father’s name and so was left to Miss McGee in the will. However Debbie later said she has gone above and beyond the call of duty to help the magician’s son.

She added: ‘I did discuss the future of the shop with Paul Sr before he did panto last Christmas and we had set everything in motion. We still had six years left on the lease but it was cheaper to pay the basic costs than keep losing thousands on it. 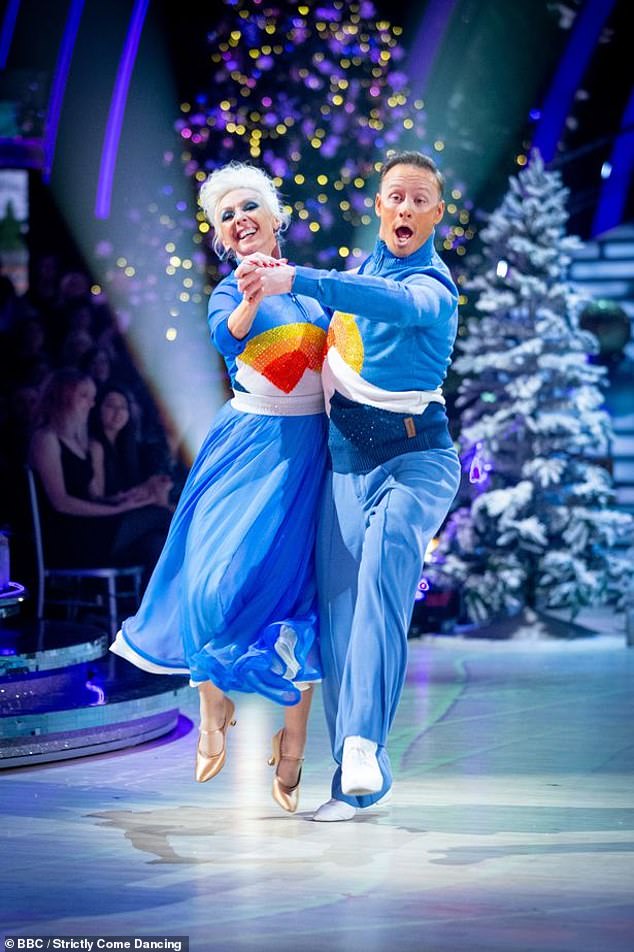 Staying positive: The dancer wowed audiences with her impressive moves while competing on Strictly Come Dancing in 2017

She continued: ‘I decided to pay Paul Jr his money in two instalments as his father said he wouldn’t give him cash as he did like the pub and it would go on beer.’

Loose Women offered Paul Jr the right of reply at the time and he said: ‘I’ve always done jobs and I don’t ask for help. I just wanted the redundancy I was owed to be sorted. I didn’t want a million pounds. But Debbie wasn’t replying to my phone calls.

He continued: ‘I am willing to bury the hatchet. I don’t want to tear the family apart.’

Debbie responded: ‘I am happy for that to happen. I feel sorry for him. We all have a lot of love and he doesn’t have that.

‘I didn’t reply to him as everything I said to help him was met with abuse. He flipped his lid. Once he stormed out and said, “I’m leaving otherwise I’ll hit you”.’

Debbie and Paul were married for 28 years and she served as his assistant between 1979 and 1994. He famously referred to her as the ‘lovely Debbie McGee’. 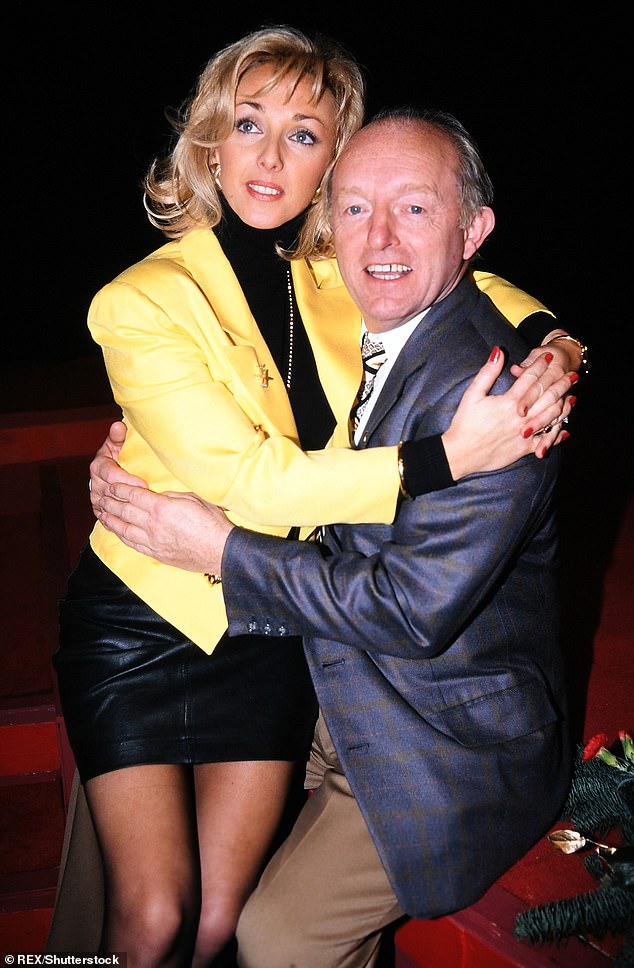 Couple: Debbie and Paul were married for 28 years and she served as his assistant between 1979 and 1994. He famously referred to her as the ‘lovely Debbie McGee’ (pictured in 1992)