Last spin of the wheel for the nation’s potters? Traditional British crafts including fan-making face financial ruin due to coronavirus

Traditional British crafts such as fan-making, pottery and wainwrighting are facing ruin due to coronavirus.

Artisans who have been struggling through the pandemic claim the ‘negligible’ financial support from the Treasury means many businesses could go under.

In a recent survey by the Heritage Crafts Association, 73 per cent of respondents said that they were at reduced capacity or unable to work as a direct result of Covid-19.

More than half (56 per cent) believed their firms might not survive the next six months.

Traditional British crafts such as fan-making, pottery and wainwrighting are facing ruin due to coronavirus

Steve Tomlin, a green woodworker, is one of only a handful of Britons who creates stave baskets by hand, where wooden splints are attached to the base.

‘My principal livelihood is teaching crafts and with the lockdown all my work disappeared,’ he said. ‘For a lot of craftspeople their main earning time is teaching and doing shows and fairs.

‘The result of that is that we don’t earn in a regular fashion so we’ve effectively been furloughed but the sums involved don’t reflect what we should be earning at this time.’

Before the epidemic, the Heritage Crafts Association had a list of 107 crafts on an endangered list including piano-making, industrial pottery, scissor-making, watchmaking, tinsmithing and wainwrighting, the making and repairing of horse-drawn wagons.

The latest report shows that the number of artisans for some of the most endangered crafts can be counted on just one hand.

There are just three part-time fan-makers, three or four wainwrighting businesses, three tinsmiths and just one firm that makes pianos, employing between six and ten professionals. There are also fewer than 30 professional and trainee watchmakers.

Artisan workers, who often only report small profits, say they ‘fell through the gaps’ with Chancellor Rishi Sunak’s self-employment income support scheme (SEISS). The scheme handed out grants based on profits and not turnover, meaning many artisans were left short of cash. 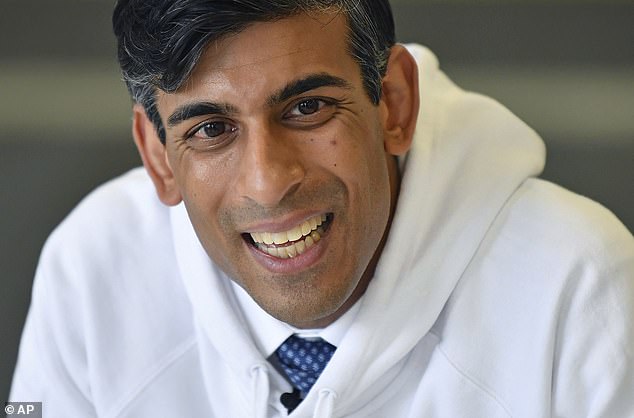 Carpenter Paul Williams said: ‘As small artisans, we work purely on our own and tend not to have too much profit. If we’ve got money at the end of the year, we’re going to buy another piece of equipment and feed it back into our small business.’

Craft teacher Anna Stiles has now retrained as a celebrant alongside her pottery business. She did not qualify for government financial support because her business only started to turn a profit in the last tax year.

She said: ‘I was doing really well until Covid hit and had so many things booked. Then it all came crashing down.’

Mike Cherry, chairman of the Federation of Small Businesses, said a ‘significant’ number of small firms had fallen though the Government financial safety net.

‘As we look to the future, these firms will play a critical role as we rebuild the economy,’ he said. ‘They must not be left behind.’

Last night a Treasury spokesman said: ‘The self-employment income support scheme is designed to replace profits lost as a result of the pandemic, and has supported the incomes of 2.7 million self-employed people through this crisis. It is part of a support package for businesses and workers that is one of the most generous in the world, including loans, grants, mortgage holidays, and tax deferrals.’