By Steve Zemek And Eli Green For Nca Newswire

The grieving father of Dayna Isaac has appeared at a NSW court on Wednesday but did not get a chance come face-to-face with the man accused of his daughter’s murder who remained in his cell.

Paul Sultana, 32, had his matter mentioned in court for the first time on Wednesday a day after being charged with murder following an intensive 11-hour manhunt.

The Cranebrook man was arrested at his home on Tuesday morning following the grisly discovery of the young woman’s body.

Ms Isaac, 28, was found dead in her Colless St unit at Penrith by Sultana’s mother on Monday before her car was later found burned out in bushland 13km away in Castlereagh.

Ms Isaac’s father Garry English sat at the back of courtroom 5 at Penrith Local Court on Wednesday.

Gary English is pictured outside Penrith Local Court on Wednesday, where his daughter’s accused killer was refused bail

The matter was mentioned briefly, with magistrate Gregory Moore ordering that the prosecution serve the brief of evidence by March 17 when Sultana will appear in court again.

Sultana’s solicitor Parham Mohammadian told the court that his client did not wish to be present in court and the alleged murderer was excused from appearing.

‘We just want to urge everyone to keep an open mind until the actual facts come out,’ Mr Mohammadian said outside court.

Neighbours had called police in the hours before Ms Isaac’s body was found after hearing a disturbance at the property; however, officers left the scene when they could not gain access to the apartment.

According to court documents, police allege Sultana killed Ms Isaac between 1pm and 4pm on Monday.

The pair had a longstanding friendship; however, it had turned into an intimate relationship in the months prior to Ms Isaac’s death, Superintendent Carlene Mahoney told reporters on Tuesday. 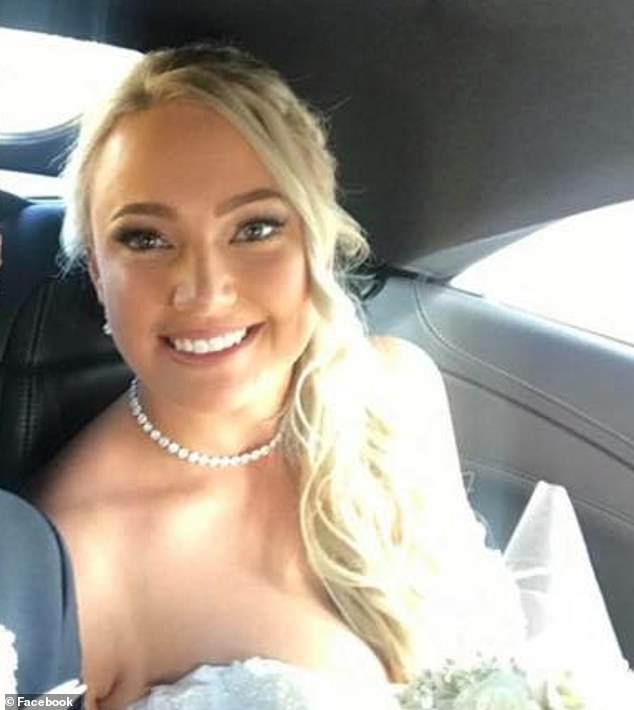 Ms Isaac has been remembered as a ‘beautiful girl’ and a loving mother to two daughters.

‘I’m still in complete and utter shock. Such a beautiful soul taken way too soon. Rest in paradise,’ one loved one shared online.

‘No way. You were such a wonderful person. Every time I seen you. You would always have a smile on your face,’ another said.

A GoFundMe campaign has been set up by a friend of Ms Isaac’s to support her family.

‘Dayna was the life of the party and a friend to everyone. She leaves behind 2 beautiful children who will miss her dearly.

‘As you can understand this is a difficult time for her friends and family. We are asking for donations to help give Dayna the send off she truly deserves and to help with the costs of raising her children she’s left behind.’