EXPRESS INFORMER > News & Politics > David v Goliath battle that was like watching Pavarotti doing karaoke in the Dog and Duck.

Try to imagine Sir Laurence Olivier treading the boards in an am-dram village hall production. Or Pavarotti belting out karaoke classics in the Dog and Duck.

That’s what it was like to witness the mighty Tottenham Hotspur turn out at the Marine Travel Arena in Crosby yesterday.

And forget corporate boxes or plush hospitality suites – the lucky few locals whose semis overlook the muddy pitch managed to watch the match by perching on their potting shed roofs or straddling their garden fences.

This being one of Merseyside’s more affluent suburbs, some sipped glasses of chilled Prosecco (one young woman even had a strawberry in her glass, noted the BBC’s eagle-eyed pundit Dion Dublin). 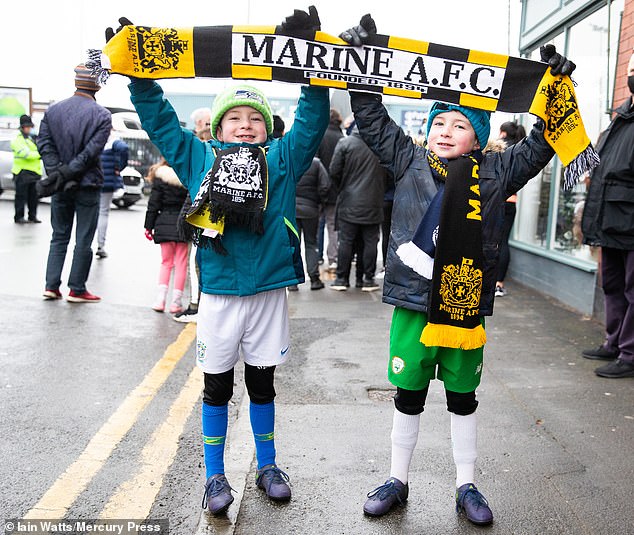 As the home team prepared for their day of destiny, the TV cameras captured them taking last-minute selfies to show to their future grandchildren, and nervously checking their appearance in the dressing-room mirror.

Shaking hands with their illustrious opponents before the kick-off, one or two of the star-struck players couldn’t resist doing a double-take.

Was that really Dele Alli, the England international I’ve seen on telly, they seemed to be thinking.

Indeed it was. In what was the biggest mismatch in the 149-year history of the FA Cup, the part-time players of Marine FC (including a bin-man, a trainee plumber, and an NHS test-and-trace operative) hosted the hoity-toity Hotspurs.

Though the two clubs happen to share the same nickname – the Lilywhites – there the similarity most certainly ends.

You don’t have to be a devotee of the game to grasp the enormity of the divide. Premier League Spurs are the world’s ninth-richest football business, worth £1.6billion. Their highest-paid player, Gareth Bale (a mere substitute yesterday) earns £500,000 a week. They have won the Cup eight times. 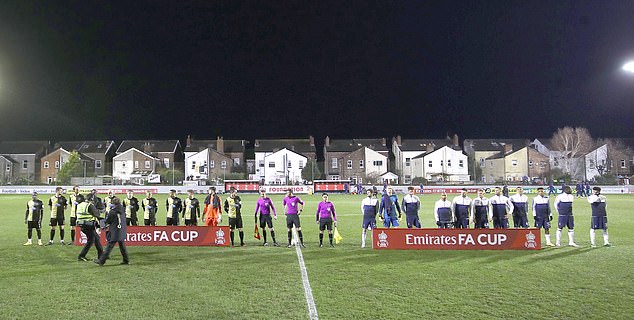 Named after a seafront guesthouse where they were formed in the late 19th century, Marine pay their best players a few hundred pounds a month and usually compete against teams such as Pontefract Collieries, eight levels below Tottenham, in the Northern Premier League’s North West Division.

Or at least they did, until the latest lockdown forced the suspension of part-time football last month.

Had they not been pitted against ‘elite sportsmen’ yesterday afternoon they would have been confined to the couch with the rest of us.

To be fair, Spurs’ notoriously egotistic manager, Jose Mourinho, did his best to be magnanimous in his pre-match interview, playing up the romance of David versus Goliath encounters and insisting that his team would give Marine ‘maximum respect’.

Yet quite how he felt, as he and his millionaire Fancy Dans were asked to change in a ‘function suite’ hired out to Crosby Slimming World (there being no dressing-room big enough to safely accommodate them) we can but guess.

The contrast between the self-appointed Special One and his opposite number, Neil Young, is off the scale.

Mourinho is paid £15million a year, with a lifestyle to match.

Marine’s manager might be a rock star’s namesake, but he works for Mersey Rail, and had to ask for a week’s holiday to prepare his team. 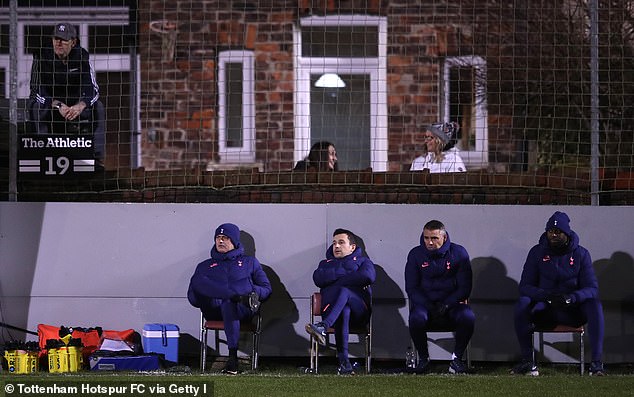 And while Spurs were generous enough to field their reserve goalie yesterday, he just happens to be Joe Hart, who has amassed 75 international caps. Standing between the Marine posts was 20-year-old Bayleigh Passant, who made himself popular after the team won their previous FA Cup tie by dashing straight off to the local Co-op to get the beers in….still wearing his filthy kit.

When their striker-cum-refuse-collector James Barrigan heard they had drawn Spurs in the third round, he was so excited that, he confesses, he ‘ran screaming around the house’.

On hearing that Spurs had opted to stay overnight in Liverpool’s plush Titanic Hotel, optimistic Marine supporters sensed an omen. Perhaps the Premier Leaguers would be sunk without trace, too.

Sadly, it wasn’t to be. Almost inevitably, the match was something of an anti-climax.

Though Marine came within inches of opening the scoring after 19 minutes, when Neil Kengni – the 20-year-old trainee plumber – struck a thunderous shot against the crossbar, thereafter they were swept away by men of a vastly superior class. Without wishing to be cruel to Marine, who fought gamely and right to the end, seeing the graceful Spurs players elude their lunging tackles was rather like watching ballet-dancers tiptoe through a gang of brickies on a building site.

Spurs scored five without reply, and but for the inspired Passant it might have been more.

To a tiny club like Marine, that is a huge sum. It will go towards a new Astroturf pitch for their women’s and youth teams. More important than the money, though, are the memories.

The Crosby lads will never forget the day they took on Jose and his superstars, and neither will the people whose gardens, for one Prosecco-kissed Sunday afternoon, became a glorious grandstand.