‘You’d rather face Edouard Mendy’: David Seaman believes Chelsea are at a disadvantage for Sunday’s clash with Arsenal due to Kepa Arrizabalaga’s injury… but the former Gunners stopper praised the two ‘high quality goalkeepers’

Former England goalkeeper David Seaman believes Chelsea are facing a huge blow ahead of Sunday’s crunch clash with Arsenal by not having Kepa Arrizabalaga available.

Spanish stopper Kepa has been in fine form for the Blues since Graham Potter took over – he started the first 10 games under the Englishman before limping of with a foot injury at half-time in last weekend’s dismal 4-1 defeat to Brighton.

It has been a remarkable turnaround for the keeper, who’s stock had dropped so low under Potter’s predecessor Thomas Tuchel after struggling for form that he was expected to depart in the summer.

Since returning to the side by fortune of a Mendy injury, Kepa kept five consecutive clean sheets on his return to the side.

However, he is set to miss Sunday’s London derby, with Mendy deputising – having replaced Kepa at half-time last weekend and played in the midweek Champions League win over Dinamo Zagreb.

But Seaman, an Arsenal favourite himself, believes the Gunners have an advantage with Kepa out. 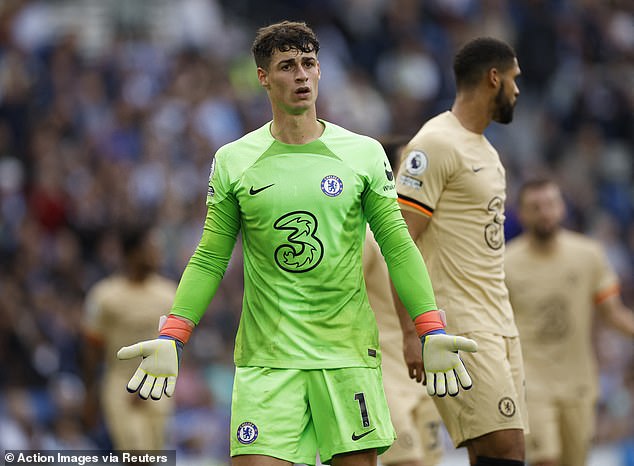 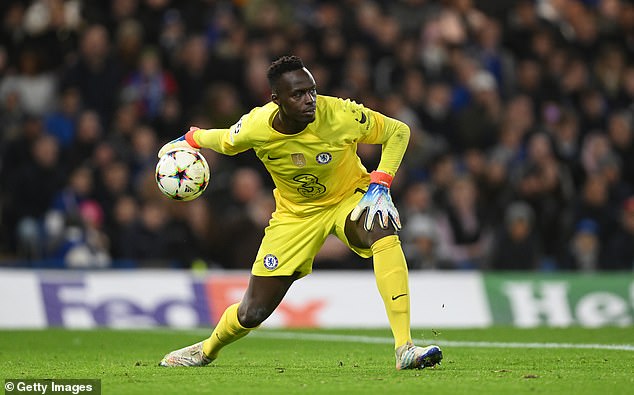 ‘At this moment, you’d rather face Mendy because he hasn’t played for a while,’ he told his own podcast Seaman Says.

‘Kepa has been playing really well, there’s no doubt about that. He’s been making some big saves.’

Mendy was initially brought to the club in 2020 as a replacement for Kepa and the Senegalese stopper has gone on to rack up 101 appearances since his £22m move from Rennes.

He had generally been a reliable option for Chelsea but endured a torrid period of form earlier this season during the final throes of Tuchel’s reign.

Kepa meanwhile has 135 appearances in four years after joining from Athletic Bilbao for £71.6m – a world record fee for a goalkeeper at the time.

Seaman highlighted the quality of both and admitted he would watch with intrigue to see who Potter selects as his No 1 when both are fit. 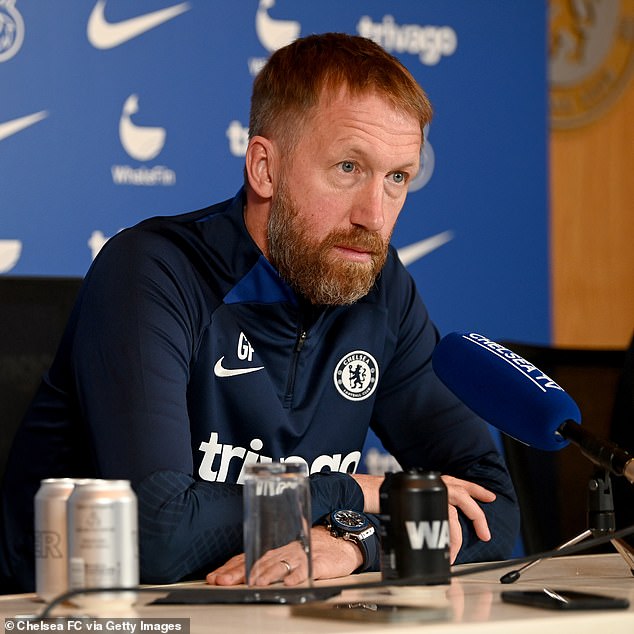 ‘In both of them, you’ve still got two highly quality, international goalkeepers,’ he added.

‘I’ll tell you what’s going to be interesting is who plays when they are both fit. When Kepa comes back, what happens?

‘He only came in because Mendy got injured. So is it now a chance for Mendy to keep the gloves, or does he bring Kepa back in?’

Chelsea go into the Sunday lunchtime clash already 10 points behind Mikel Arteta’s side and need to win to keep pace with their London rivals.