‘We are handing the keys to large parts of the country over to China’: David Davis says Huawei could devastate security co-operation with US and be worst decision by a British PM

Senior Tories have warned Boris Johnson that granting Huawei a role in the UK’s 5G network amounts to ‘handing the keys to large parts of the country over to China’.

Pressure is now growing on the Prime Minister to reverse his decision to green light the Chinese tech giant to help build the communications grid.

David Davis, the former Brexit secretary, today urged the government to go back to the drawing board after the US warned it could harm intelligence sharing arrangements.

Writing for the Mail On Sunday, Mr Davis said the Huawei move represented the ‘worst intelligence decision since MI6’s recruitment of Kim Philby’ as he claimed it could enable Beijing to seize control of core infrastructure like dams and air traffic control.

This morning he doubled down on these warnings as he told the BBC’s Andrew Marr Show: ‘We’re handing the keys to large parts of the country over to China.

David Davis, the former Brexit secretary, today urged the government to go back to reverse its decision to hire Huawei (pictured on the Andrew Marr Show) 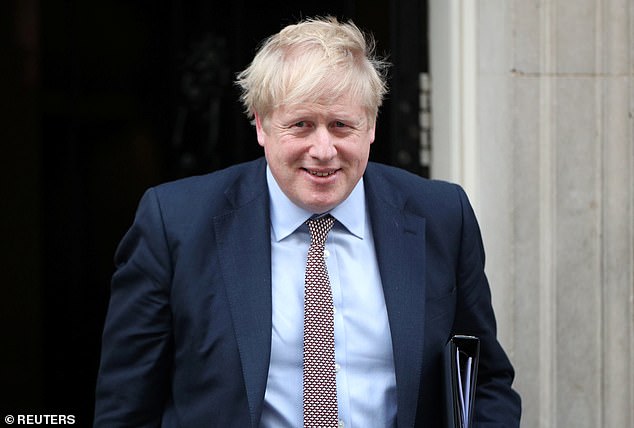 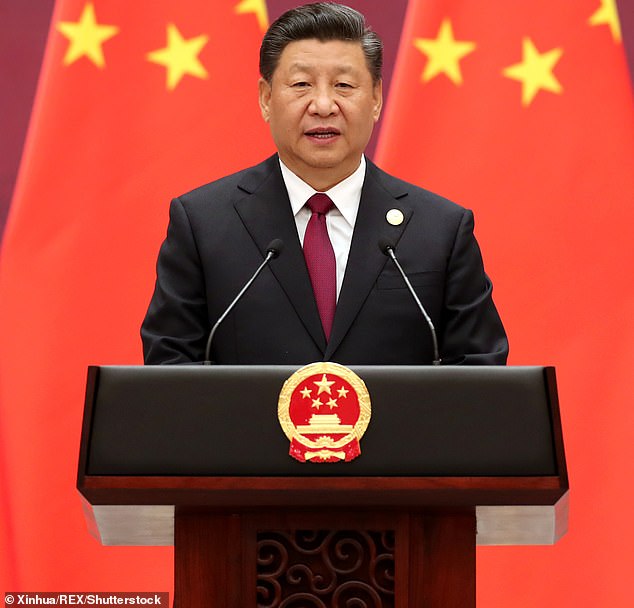 Senior Tories have warned the move would ‘hand the keys to large parts of the country over to China,’ and its President Xi Jinping (pictured)

‘5G in the future is going to be everything. It’s going to be from traffic light controls to your medical records.

‘From your telephone and your video, right through to the operation of the infrastructures, water and electricity.

‘Now that is going to be completely throughout our society.’

Told that UK security services had assured the government that the decision to involve Huawei was safe, Mr Davis said he believed spies were ‘underestimating the size of the problem’. 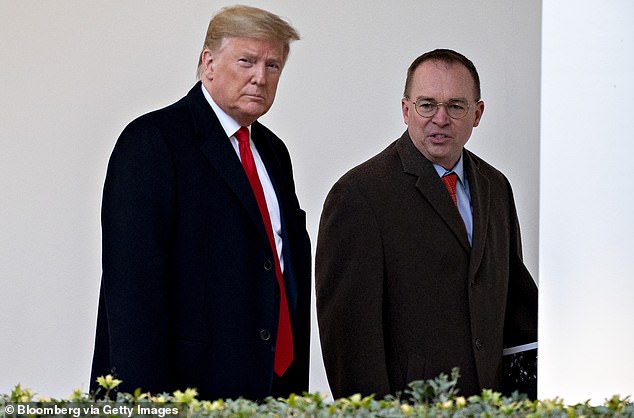 The White House has urged its allies not to do business with Huawei because of security concerns. The company has always denied that it poses a security risk.

Britain’s move to plow ahead regardless has soured relations between Washington and London, with President Trump reportedly incandescent.

While Mr Johnson’s refusal to be strong-armed by the President has won him some plaudits in the UK, it could derail his much-mooted post-Brexit trade deal with America.

Mick Mulvaney, the White Houses’s acting chief of staff, last week led a delegation to Number 10 shortly and is understood to have given his UK counterparts a ‘b******ing over Huawei.

Discussions over the UK’s 5G network are believed to have dominated the trip at the expense of preliminary trade talks, which were bumped down the agenda.

Australia, also a close ally of the UK, has weighed in behind the US to caution against enlisting Huawei.