David Beckham ‘set to start selling his own range of organic honey’ after becoming interested in beekeeping during lockdown.

The former professional footballer has shared updates about his hobby over the past three months, including snaps of himself collecting honey from a hive in his Cotswolds garden and even getting his children involved.

And now it appears David, 45, is ready to turn his hobby into a business by launching honey under potential names ‘D Bee, Seven Honey and Goldenbees’, reports The Sun.

Going pro? David Beckham is reportedly set to launch his own organic honey after getting into beekeeping during lockdown (pictured with his children Romeo, Cruz and Harper in protective suits in June)

A source said: ‘Beekeeping started as a fun hobby early in lockdown.

‘But now David has become a bit obsessed. He finds it a total antidote to his mad London and Miami life.’

However they claimed that there’s more than just fun behind David’s new interest, suggesting that he thinks it could help his business portfolio as well.

They said: ‘He can see the logic behind adding to his already impressive business portfolio with authentic, clean and natural brands, which is what people are after.’

MailOnline has contacted a representative for David to request a comment. 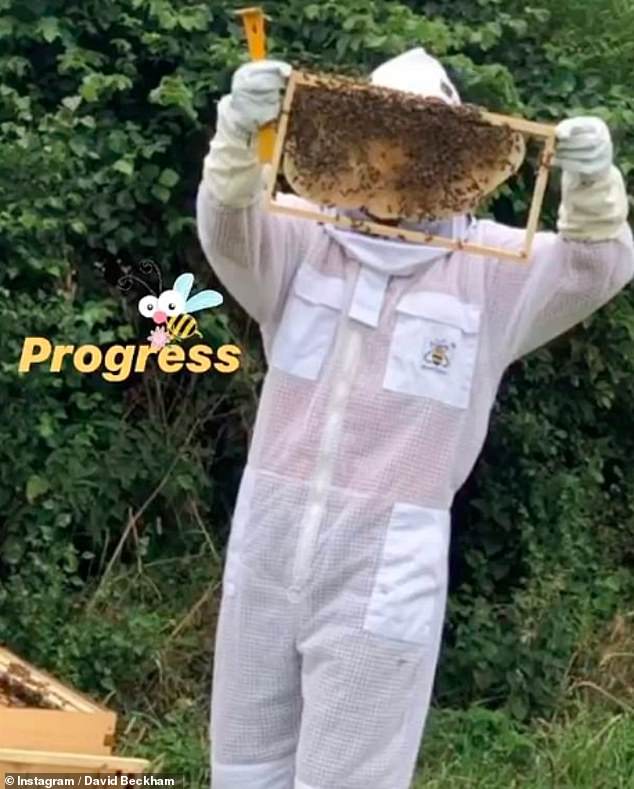 Learning: Over the past three months David has given regular glimpses into how his hobby is going by posting snaps of him checking his hives on Instagram

David shared updates into how his beekeeping was going by posting snaps of him in action on Instagram during lockdown.

In one picture, David proudly held up a hive frame alongside a caption which read: ‘progress’, suggesting this wasn’t the first time he had tended to the bees.

David was with his friend Helen in another shot which he posted to his Instagram Stories, where he revealed that they were on the look out for the hive’s Queen Bee.

And proving that he takes beekeeping seriously, David even shared that he has built his own hives at the family’s country pile. 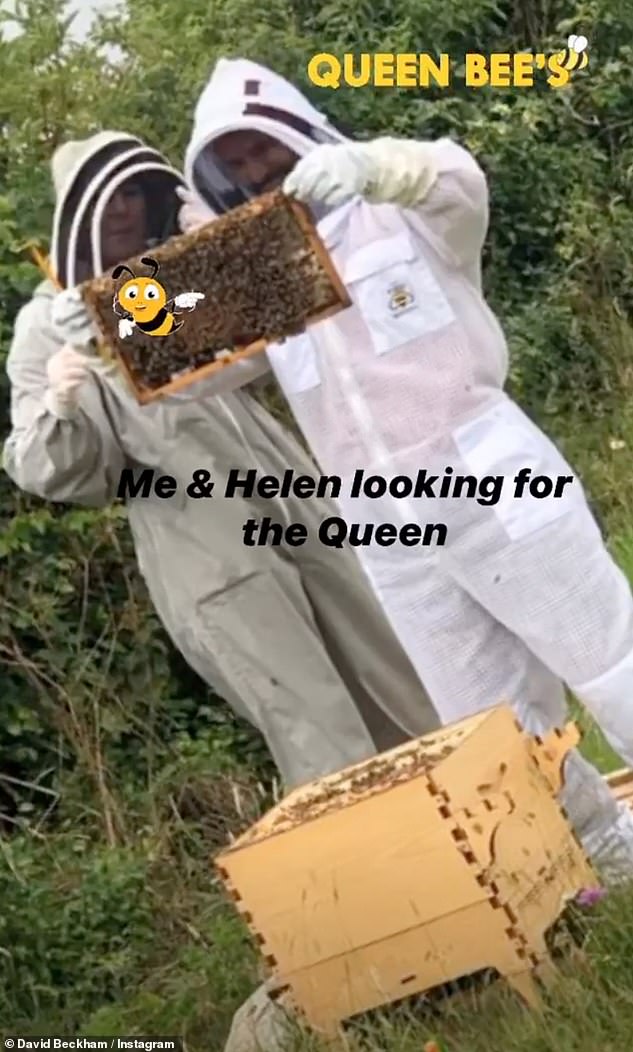 Helper: David was assisted by his friend Helen in another shot over the summer, revealing at the time that the pair were on the look out for the hive’s Queen Bee

During the summer he shared to his Instagram story a snapshot of the DIY apiary before triumphantly stating that there was ‘progress’.

And earlier in July Victoria gave fans yet another insight into family life as she filmed her husband getting to work building bee hives.

The father-of-four was in the zone as he put the hives together in the garden, with Victoria explaining: ‘David decided to start building bee hives. Is that your new project darling?’ 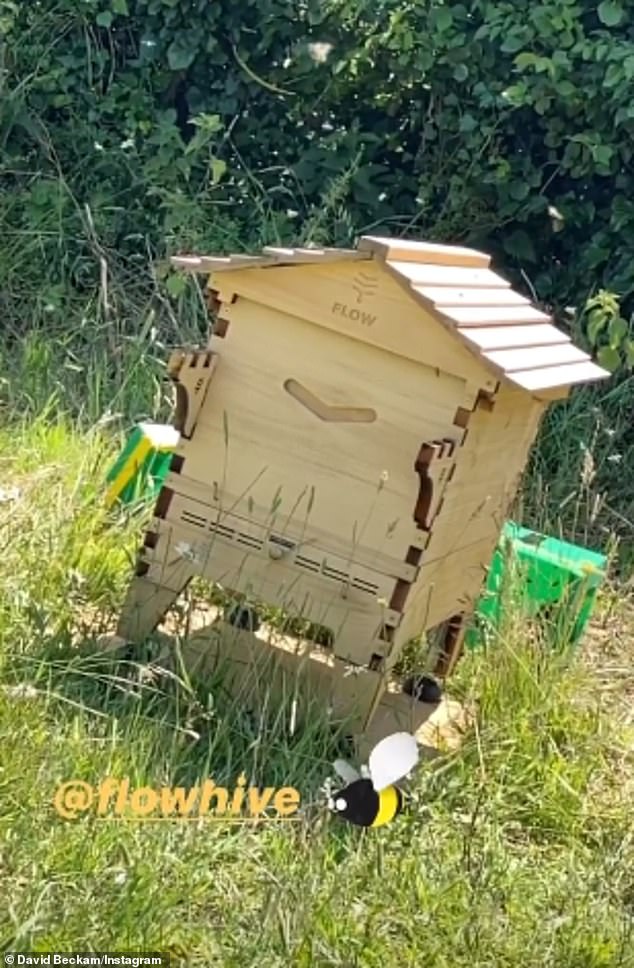 New hobby: David also shared a clip of the beehive he constructed earlier this month, with bees buzzing around it 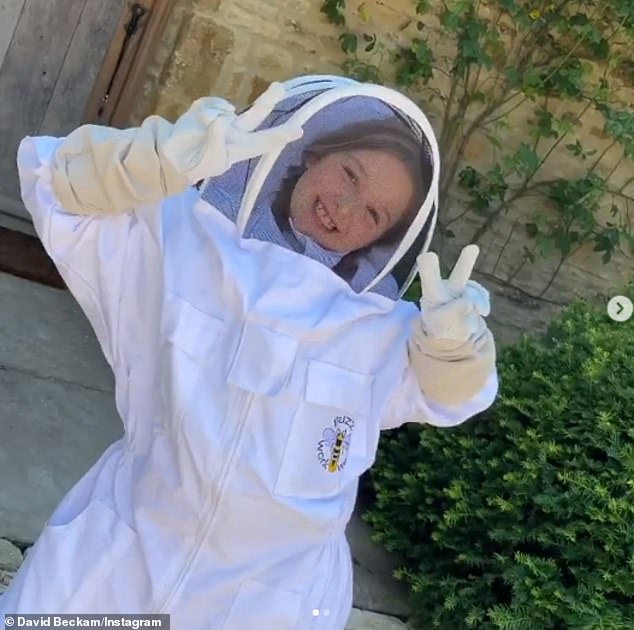 Go girl: During lockdown David made sure all the family got involved, with daughter Harper seen sporting her own white protective suit as she helped him with the bees

David replied: ‘It is. You’ll be very happy when we’ve got our own honey.’

The former footballer’s move into beekeeping came after he revealed he’s a huge fan of building Lego.

In 2019, David’s wife Victoria even joked that the hobby was ‘ruining her life’ as he spent days building a replica Hogwarts castle.

And back in September the singer shared a snap of David as he completed their eight-year-old daughter Harper’s Lego Hogwarts castle. 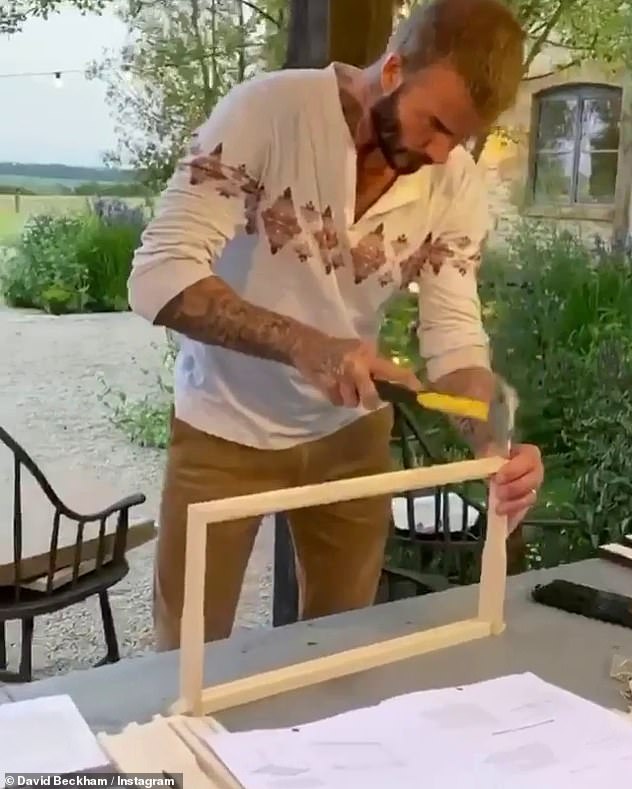 Not messing around : Victoria, 46, filmed her husband as he got to work building bee hives for the family’s country pile