Will O’Shea, 57, who was a data architecture and governance specialist in the Cabinet Office from April, lost his job after the tweet

One of Dominic Cummings’ ‘weirdos and misfits’ was sacked after saying police should use ‘live rounds’ on Black Lives Matter protesters, it has emerged.

Will O’Shea, 57, who was a data architecture and governance specialist in the Cabinet Office from April, lost his job after the tweet.

Colleagues found and reported the July 5 post and he was booted out of Westminster the same month.

It was the second of Mr Cummings’ intake to leave their role after making race-related comments, with Andrew Sabisky having quit Downing Street in February.

Mr O’Shea’s tweet came in the wake of the killing of George Floyd in the US when thousands of protesters were also on the streets in the UK.

He had replied to a post about Metropolitan police officers being driven out of a London housing estate, saying: ‘Time to get out the live rounds.’

The data specialist told a Guardian reporter – posing as a recruitment agent – he was ‘let go because of my tweet’. 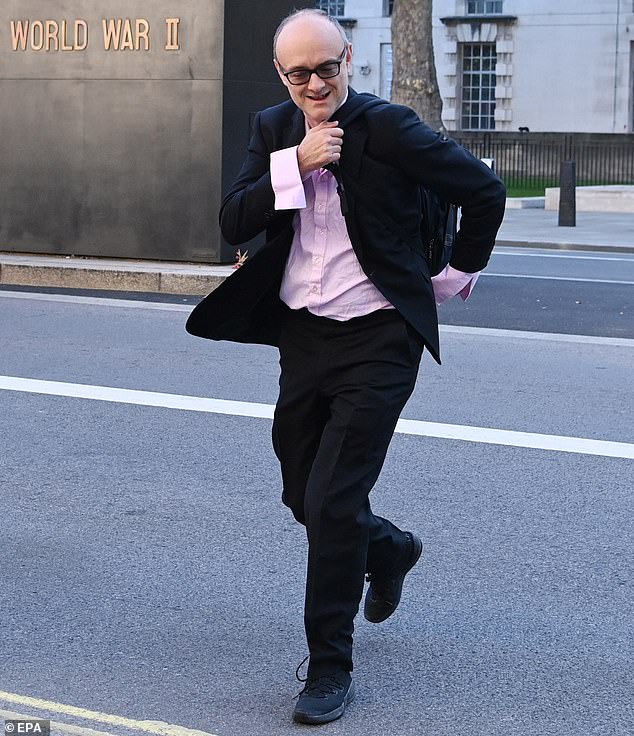 But he later told the journalist over email he was never given a reason for being sacked.

Mr O’Shea said he can see why colleagues at the Government Digital Service in the Cabinet Office found his post racist, incendiary and offensive.

The department was already facing complaints from BAME staff over alleged racism and bullying.

He said he accepted they thought he meant police should be shooting black people in London, but added it was not meant seriously.

Mr O’Shea told the reporter: ‘I can see how it was taken that way, and I am sorry for that.’ He added: ‘I didn’t say ”shoot blacks” and that was not what I meant or wished.’

His Twitter account has since been deleted in a bid to ‘get rid of any of the things I had said’.

The aide, who has an MBA from Manchester University and speaks French and German, was among the ‘weirdos and misfits’ Mr Cummings’ called for in January.

The ‘unusual set of people’ were wanted to work in ‘the frontiers of the science of prediction’, ‘data science, Alternative Intelligence and cognitive technologies’ and ‘decision-making institutions at the apex of government’.

Mr O’Shea never met the PM’s chief adviser, but claimed he was interviewed by data scientist Ben Warner in what has been used as the Covid-19 press conferences room.

A government spokesman told MailOnline: ‘Will O’Shea was not hired to work in No 10.

‘He was employed by the Cabinet Office as an external contractor for the Government Digital Service on coronavirus.

‘All standard vetting processes were carried out for a contractor role through a commercial framework.’

The sacking followed Mr Sabisky’s resignation in February after he made comments about forced contraception of the ‘underclass’ and the IQs of black people. 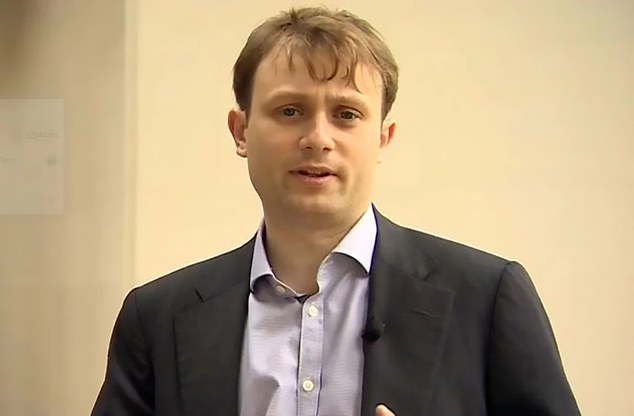 Mr Sabisky also said ‘women’s sport is more comparable to the Paralympics than it is to men’s’ and reportedly advocated legally enforcing the uptake of contraception to stop unplanned pregnancies ‘creating a permanent underclass’.

The PM came under growing pressure to sack the 27-year-old, who was apparently drafted in to Number 10 after Mr Cummings called for ‘misfits and weirdos’.

Downing Street repeatedly refused to condemn the remarks but Mr Sabisky said he was stepping down due to ‘media hysteria’ and so as not to be a ‘distraction’.

He tweeted: ‘Hey all, The media hysteria about my old stuff online is mad but I wanted to help HMG not be a distraction.