A teenager bought a knife from Asda before using it to kill two sisters as part of a pact with a ‘demon’ to win the lottery, a court today heard.

Jurors in the trial of Danyal Hussein were shown this morning show pictures, allegedly of the 19-year-old buying the knife used to stab Bibaa Henry, 46, and Nicole Smallman, 27, in Fryent Country Park, Wembley, in June last year.

They were also shown CCTV of Hussein leaving and entering the park that night.

Hussein, who had pleaded not guilty to two counts of murder, denies being there.

During his trial at the Old Bailey today, jurors watched a video of a man dressed in a blue jacket and light jeans leaving Hussein’s father’s address on June 3 before heading to Asda in Edgware Road.

‘In this clip is Danyal Hussein buying various items including a set of knives,’ said DC Jo Hinchliffe, giving evidence at the trial.

Danyal Hussein (sketched in the dock by a court artist) appearing in the dock at the Old Bailey, London, where he is on trial accused of killing sisters Nicole Smallman and Bibaa Henry 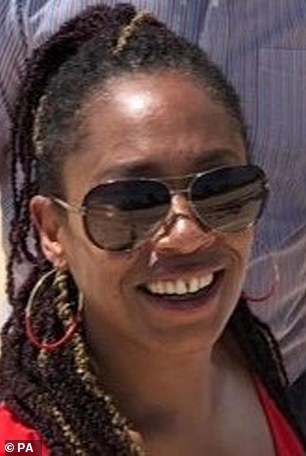 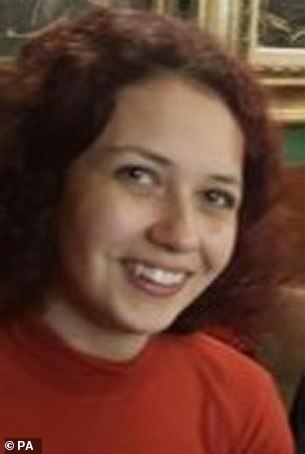 The bodies of Nicole Smallman (right), 27, and Bibaa Henry (left), 46, were found intertwined and concealed in a hedgerow, the court was told

The man is asked for ID in order to buy the knives and is shown to take off his face mask and hand the cashier a passport in order to confirm his identity.

‘He tries to put the knife block into his bag but can’t fit it in. You can see him going back with his wallet.

‘He is purchasing one of those ASDA bags for life. He leans over the counter. He puts the block of knives onto that bag.’

Earlier the court was told that Hussein had reported the Monzo card used to buy the knives as stolen on June 16 and denied he had it at the time of the sale.

CCTV cameras showed that same man, carrying the ASDA bag and a blue rucksack make its way back into Hussein’s father’s address.

Later that evening, he is again captured on camera leaving Hussein’s father’s address before heading back to the ASDA to buy a roll of gaffer tape.

‘You can see in the footage he is still has a white mask and is still wearing that Nike rucksack,’ the officer said.

‘You can see he has on what looks like a pair of surgical gloves. He purchases the Unibond power tape.’

The court heard that the power tape was advertised as ‘extremely strong’ and ‘tear resistant’ which means that scissors are necessary to cut through it. Flowers at an entrance to Fryent Country Park, in Wembley, North London, on June 8 last year 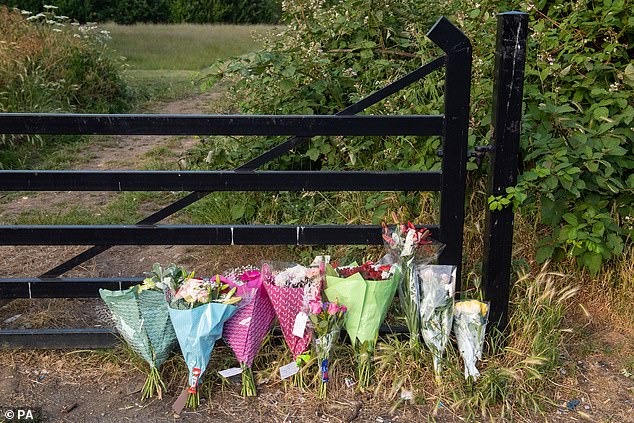 The court heard how friends of Ms Smallman and Ms Henry had visited the park on the night of June 6. Pictured: Flowers at the scene

Clips from the day of the murder showed the two sisters buying supplies for the party from a Co-op in Kingsbury, smiling and chatting to cashiers.

‘You can see Bibaa selecting tonic water which was found in the park,’ said DC Hinchliffe.

The court heard that, after the party in the park, and after the last of their guests had left, the sisters posed for selfies together smiling and dancing while holding fairy light.

But the final picture taken from their phone at 1.30pm shows them both distracted by something just out of the frame.

‘As we see from the description, the two sisters look to their left,’ said the prosecutor.

‘After that no photographs are taken. This is about 40 minutes after the last of their friends had driven away.’

Jurors were shown video of a man walking away from the pitch-dark park at 03.08 in the morning and head towards Hussein’s address.

But the man who walked into Hussein’s fathers driveway had swapped his jeans for shorts and appeared to have changed his trainers.

‘He appears to have on his top a dark coloured T-shirt with a white motif,’ said DC Hinchliffe.

‘His lower legs are bare. He no longer appears to have to be wearing a jacket on his shoulders.

‘His right hand is tucked into the waistband of his jacket, which is tied around his waist.’

Hussein claims that traces of his blood found at the murder scene matched is not in fact his.

Jurors were shown that man knocking on the door at 04.07AM on before being let into the house a few minutes later.

‘He walks in and the door shuts behind him,’ said DC Hinchliffe

Yesterday the prosecution, in its opening of the trial, told the jury how Hussein had killed the sisters in a brutal knife attack after seeking a deal with the devil to ‘sacrifice’ women in order to win the lottery.

After the two women’s bodies were discovered, police allegedly uncovered a handwritten note in Hussein’s home purporting to make a bargain with a demon to ‘sacrifice’ women for gain.

The defendant also bought lottery tickets, three of which were folded inside the note, jurors were told.

Prosecutor Oliver Glasgow QC yesterday told the court how the women had chosen to go to the park due to restrictions during the first lockdown.

He said the sisters had enjoyed themselves so much that they decided to stay on after their guests had left and lit fairy lights, listened to music and danced.

When they failed to come home, their loved ones became concerned and some of their closest friends went back to the park to search.

Police were alerted after the women’s glasses were discovered by the searchers. A few moments later a knife was found lying in the grass.

Mr Glasgow suggested Ms Henry was taken by surprise and overpowered first, then Ms Smallman attempted to fight off her attacker.

The day after the killings, Hussein went to Northwick Park Hospital seeking treatment for the cut on his hand, claiming he had sustained the injury during a robbery by a group of boys.

Forensic analysis of the knife found DNA matching that of Ms Smallman and Hussein, jurors heard.

The court heard that a combination of forensic evidence and CCTV footage led police to Hussein. 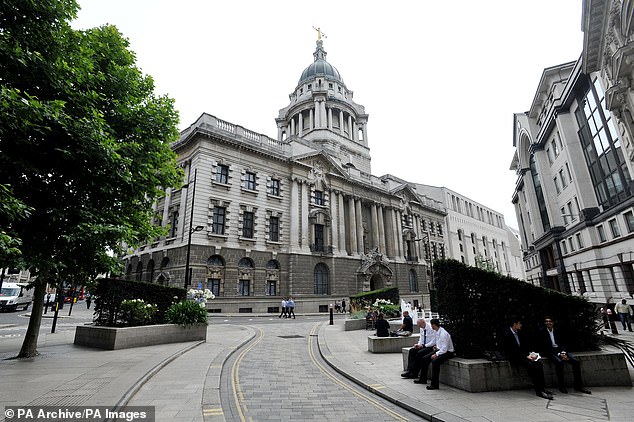 His DNA was at the scene, on the bodies of the victims and on a bloodstained knife found nearby, it was alleged.

Investigators also uncovered handwritten notes at the defendant’s home setting out his intention to kill women ‘as part of a sacrifice to secure personal advantage for himself’, Mr Glasgow said.

The trial before Mrs Justice Whipple is due to go on for up to four weeks.