Strategy: Lars Seier Christensen only takes risks on half his money

Multi-millionaire Lars Seier Christensen knows the importance of keeping a cool head when it comes to money.

He told Donna Ferguson he only got ‘a little bit upset’ the day he lost £12million and barely celebrated when he sold his stake in the company he founded, Saxo Bank, for £280million.

The 69- year-old, who drives a £250,000 Bentley, lives in a 750-year-old castle in Switzerland with English wife Yvonne, with whom he has five daughters.

He prefers to invest directly in companies as opposed to the stock market, pensions, property or art.

For the last four years, he has been working on a blockchain project, Concordium.com. Blockchain is a system for storing information to stop hackers stealing digital currency, such as bitcoin.

Not much. I grew up in the countryside in Denmark. My parents divorced when I was ten. I stayed with my father, a school teacher who taught physics and chemistry. He was prudent and made sure we always had what we needed to live comfortably. But we were by no means wealthy.

Yes, when I was 19, my friend and I set up a business in southern Spain running a bar. We did it for four years and had a good time. We made reasonable money in the summer, but sometimes we were pretty skint in the winter.

Still, we had enough to survive. And if we didn’t have money, we could always have a drink in our own bar.

Have you ever been paid lots of money?

Yes. While I was in Spain, I got a passion for reading the Financial Times. I found it quite exciting, reading about commodities and foreign exchange. I decided to throw myself into that industry.

So, at the age of 23, I moved to London and got a job with a broker by convincing them they could develop a new market in Denmark and get wealthy Danish customers, such as the smaller Danish banks.

Even though I didn’t have any qualifications, I knew as much as many of my colleagues.

It was 2018 – when I sold my stake in Saxo Bank. I had set it up 26 years earlier to facilitate investments in various stocks and commodities and foreign exchanges. I made about £280million. That was a good day.

What did you do to celebrate?

I think you have to be careful not to be destabilised by both good and bad events in your life. They come and go, and when you’re in the money business, strong emotions are not your friend. You need to keep a cool head and a calm mind. I think I had a good dinner with friends. I don’t remember if we had champagne – it’s more likely I would have opened a great bottle of red wine.

A Bentley Brooklyn. It probably cost me around £250,000. It’s black, beautiful and powerful.

Investing in a jewellery company a few years ago. I lost about £12million. I felt a little bit upset. But when I make decisions, I’ve learned sometimes they go well, sometimes they don’t go so well. I don’t get overly excited about either.

Investing £30,000 in Saxo Bank when I started it up with three other people in 1992. It became worth well over a billion pounds.

No, I invest in companies which I believe in. My main investment area is blockchain-related businesses. That’s an area I see as important technology – transformative. I was lucky with Saxo Bank to get involved with the internet very early on. I haven’t seen any technology since then that excites me as much as blockchain. I did recently discover that the brokerages I had worked for in London in the 1980s had paid into a pension for me that is now worth £100,000. That was a nice surprise. 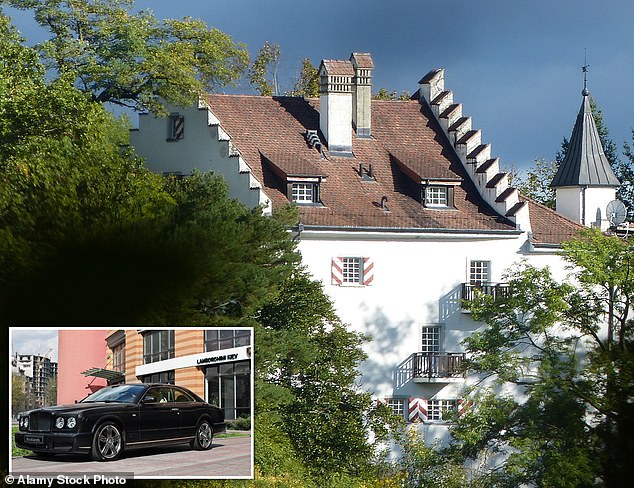 No, I’m not fond of the stock market. My strategy is unusual. I like to keep half of my money safe so I don’t end up one day with nothing. And then I take the other half and invest it in risky stuff.

Often, it goes wrong, but occasionally I get a good return. I’d rather invest early in companies that are not on the stock market and have real potential growth. And maybe one day those companies do list and then, if you are lucky, you can make many multiples on your investment.

I like a night out at a good restaurant. I’ll typically spend £1,000 a time eating out, maybe three or four times a week. I also think life is too short for bad wine, so I will spend anything from £50 upwards on a bottle.

I own four properties: an old villa north of Copenhagen in Denmark, a traditional summer house by a lake in Sweden, a 13- bedroom house in Italy and a small 750-year-old castle in Switzerland, where I live. It has ten bedrooms and there is a nice park around it, with a river running through it.

If you were Chancellor what would you do?

Give businesses which struggled during the pandemic a tax break where they pay no tax for a year. It would give healthy businesses a chance to survive. Ultimately, these firms are going to be your tax base in five years’ time.

Yes. During the pandemic, I set up a charitable initiative to provide daily meals to the homeless from one of the restaurants I own in Copenhagen. Every day, 365 days a year, we deliver around 400 meals. The police have told us that in those areas where we operate, call-outs for violent events are down 30 to 40 per cent.

To retain sufficient funds so I can keep investing in new companies and be sure that my family will not end up among the homeless.