A young mother with an ‘appalling’ drink-driving history has been spared prison time after getting behind the wheel drunk and slamming into a motorcycle rider.

Danika Rae Dunne, 27, was driving a blue Holden Commodore along Murray Street in Pinjarra, Western Australia, when she failed to stop at a give way sign before hitting the rider on May 25, 2022.

The rider was knocked off his bike and suffered a serious spinal injury as well as fractures to his knee, hands and feet, The West Australian reported.

She faced Mandurah Magistrates Court on Friday and received a suspended sentence after pleading guilty to the charges.

Young mother Danika Rae Dunne (pictured), 27, was driving her Holden Commodore along Murray Street in Pinjarra, Western Australia, when she struck a motorcyclist after failing to stop at a give way sign

Dunne was breath-tested by police at the crash site and had a blood alcohol reading of 0.082. The legal limit in Australia is 0.05.

She also had a disqualified licence at the time of the crash.

Her victim was transported to Royal Perth Hospital after he was struck.

Dunne’s lawyer Claire Hay said the collision was the ‘wake-up call’ the young woman required to ‘get her life in order and prioritise her health and young daughter’.

‘She has participated in alcohol and drug diversion programs and is currently seeing a psychologist, which she would like to continue,’ she added.

Ms Hay told the court Dunne had been diagnosed with frontal lobe syndrome – which affects an individual’s decision-making, personality, emotions and judgement – following a car accident when she was young. 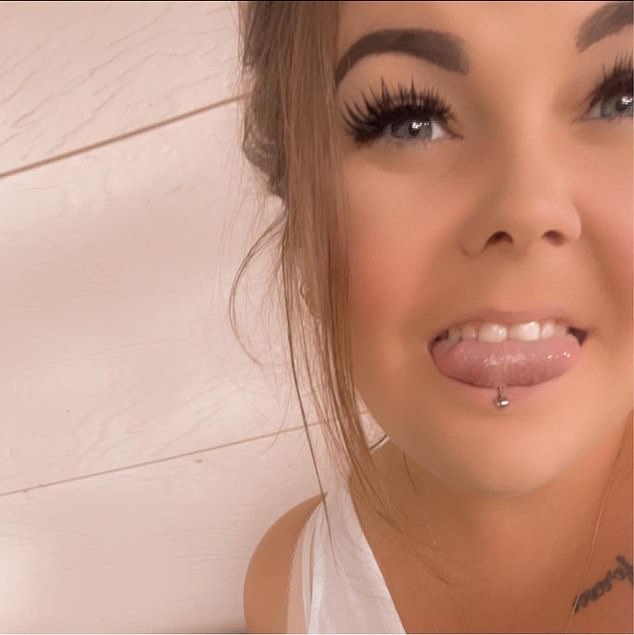 Dunne, who was a disqualified driver at the time, was breath-tested by police at the crash site and had a blood alcohol reading of 0.082. Her victim suffered a serious spinal injury and fractures to his knee, hands and feet

Magistrate Leanne Atkins said the young woman had an ‘appalling history’ of drink driving. Dunne received a suspended sentence and was disqualified from driving for another 15 months

Magistrate Leanne Atkins acknowledged Dunne had an ‘appalling history’ of drink driving but ruled Dunne would only receive a suspended sentence.

She was also disqualified from driving for another 15 months.

‘This poor man has spinal injuries and multiple fractures because you didn’t drive with the due care and attention you should have,’ Ms Atkins said.

‘The nature of the injuries means imprisonment is open and appropriate but hearing more on your background and steps taken in the right direction, I won’t be going near that today.’