Daniel Craig bid farewell to his role as James Bond, and the cast and crew he got to know along the way, in an emotional video shared to Twitter on Friday.

In the clip, which was reportedly recorded on the set of No Time To Die in 2019, the 53-year-old actor was shown baring his emotions to the feature’s team while expressing his gratitude for their support.

Craig has been involved with the long-running spy movie series ever since 2006 when he made his debut as the titular character in Casino Royale.

Farewell: Daniel Craig bid farewell to his role as James Bond, and the cast and crew he got to know along the way, in an emotional video shared to Twitter on Friday

During his speech, Craig pointed out that many of the crew members in attendance had collaborated with him in all of his Bond movies and understood his views about them.

He remarked, ‘A lot of people here worked on five pictures with me, and I know there’s a lot of things said about what I think about these films or all of those, whatever.’

The Logan Lucky actor then noted that what made working on the Bond films worth the effort to him was the chance to see his longtime collaborators and friends.

‘I’ve loved every single second of these movies, and especially this one, because I’ve gotten up every morning and I’ve had the chance to work with you guys,’ he expressed. 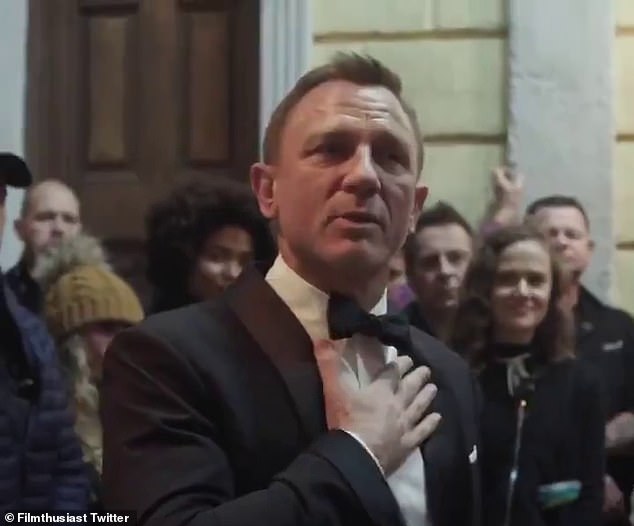 Gratitude: In the clip, which was reportedly recorded on the set of No Time To Die in 2019, the 53-year-old actor was shown baring his emotions to the feature’s team while expressing his gratitude for their support 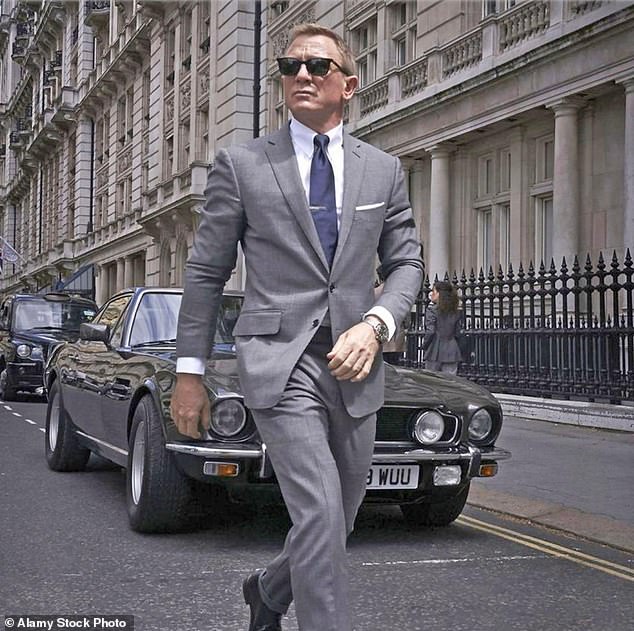 Quite the honor: He also expressed that being given the chance to be involved with the franchise was ‘one of the greatest honors of my life’

Craig finished the speech by proclaiming that being able to work with the same crew members on all of his Bond movies ‘has been one of the greatest honors of my life.’

The performer’s first appearance as the spy came in 2006’s Casino Royale, which served as a reboot of the long-running series.

The feature notably received highly positive reviews upon its release, with much praise going towards its star for his take on the character.

He was later nominated for the Best Actor distinction at the 60th British Academy Film Awards, which were held the following year. 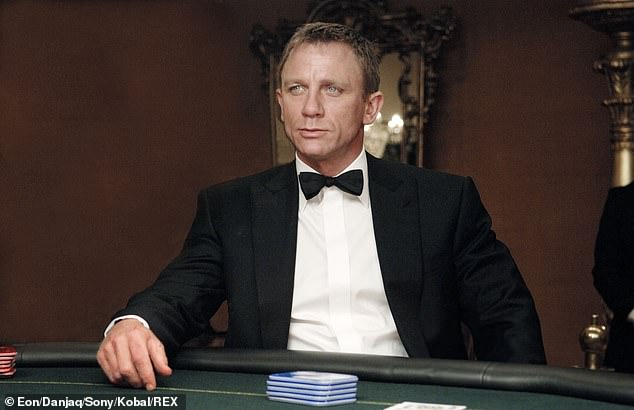 Starting off strong: Craig’s first appearance as James Bond was in 2006’s Casino Royale, and he received much critical praise for his take on the character

Craig’s second appearance as James Bond came in 2008’s Quantum of Solace, which received overall mixed reviews, although his performance was praised.

The actor reprised his role in 2011’s Skyfall, which became the first feature in the series to earn over $1 billion at the box office.

He then portrayed the spy in the 2015 follow-up feature, Spectre, both of which were directed by Sam Mendes.

Development on the forthcoming Bond feature, No Time To Die, initially began in 2016, although Craig did not confirm that he would be reprising his longtime role until the following year. 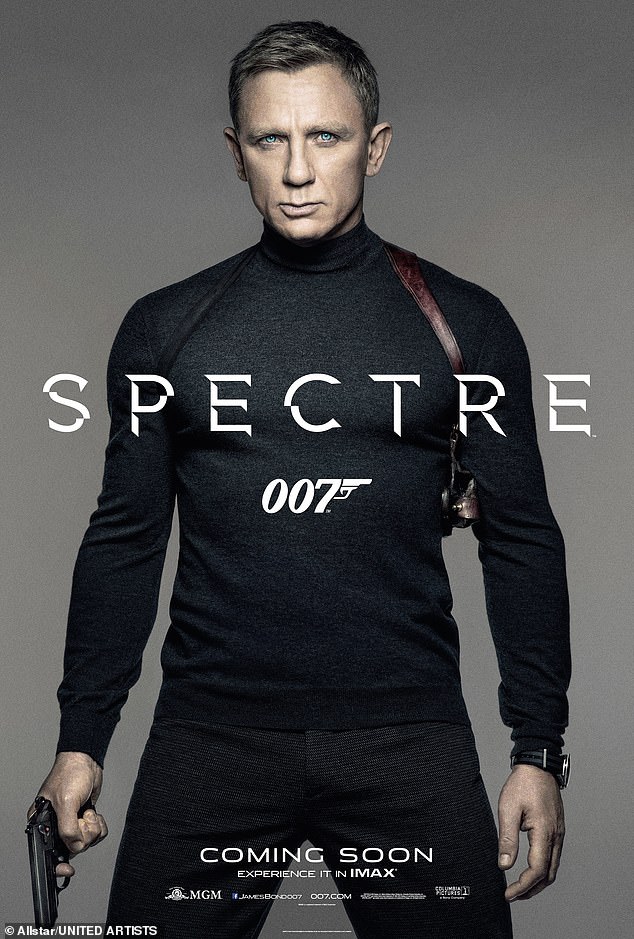 Sticking with it: The performer went on to portray the spy in four further Bond features which were released over the course of the next nine years

Director Cary Joji Fukunaga signed on to helm the film in 2018, and the casting of performers such as Ana de Armas, Rami Malek and Billy Magnusson was announced in 2019.

Filming began and concluded that same year, and although the movie was originally scheduled to debut that November, it was eventually pushed back.

No Time To Die experienced multiple delays before it was finally announced that it would have its premiere on September 28th at the Royal Albert Hall, with its United States release set to occur on October 8th.

During an interview with GQ, Craig recalled that, on the final day of shooting, he became choked up with emotion and was unable to properly express his thanks to the cast and crew. 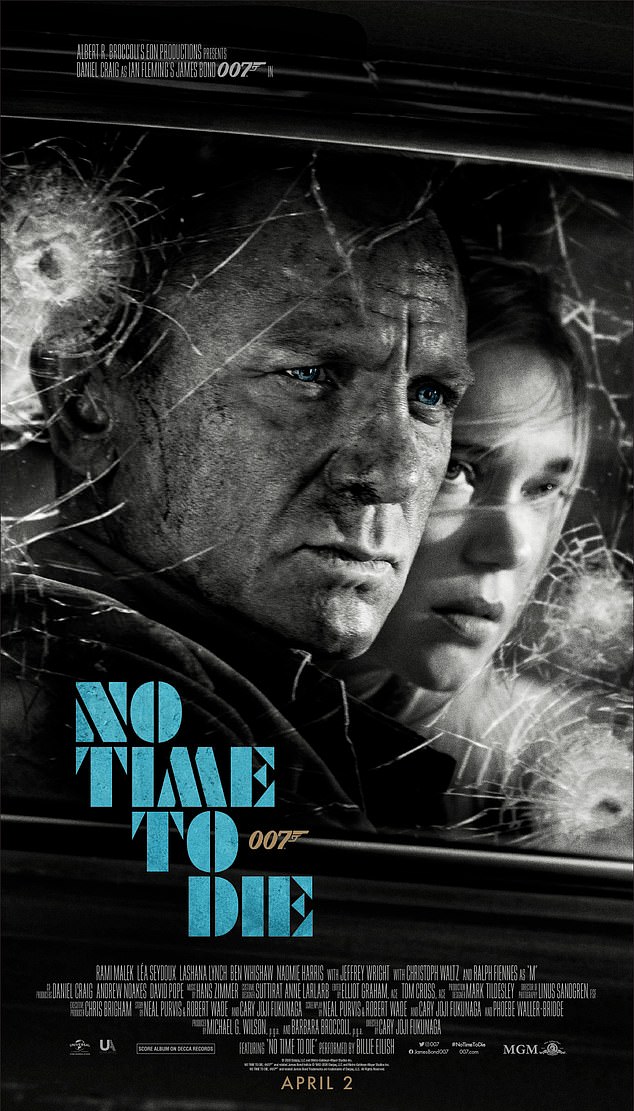 Taking its time: No Time To Die is currently scheduled to make its debut on September 28th after experiencing several delays

‘Typically I’m not an emotional person on sets, but there was sort of a pulsing feeling to that day. I had a whole thing kind of put together in my head that I wanted to say. I couldn’t get it out,’ he said.

He then spoke about the delay between Spectre and No Time To Die, and noted that he went through a period of self-reflection before signing on to the latter.

‘I was like, “Is this work really genuinely worth this, to go through this, this whole thing?” And…I felt physically really low. So the prospect of doing another movie was just, like, off the cards. And that’s why it has been five years,’ he said.

Looking back: During an interview with GQ, Craig remarked that ‘there was sort of a pulsing feeling to’ his final day on set