By Sean O’grady For Mailonline

Dani Dyer has announced she is pregnant with twins.

The former Love Island star, 26, confirmed the happy news on Friday as she shared photos of her growing bump while posing with boyfriend Jarrod Bowen.

The influencer shared a photo of her son Santiago, who she shares with ex Sammy Kimmence, holding up a sign saying he was set to become a brother.

Congratulations: Dani Dyer has announced she is pregnant with twins as she shared heartwarming photos with her boyfriend Jarrod Bowen

Dani wrote: ‘We have been keeping a little secret… Our little TWINS ♡ ♡ So excited to meet our babies and watch santi be the best big brother..

‘The biggest surprise of our lives but feeling SO blessed.. our family is getting a lot bigger and we can’t wait.’

The star, who is the daughter of EastEnders actor Danny Dyer, was inundated with congratulatory messages including several from her fellow Love Islanders. 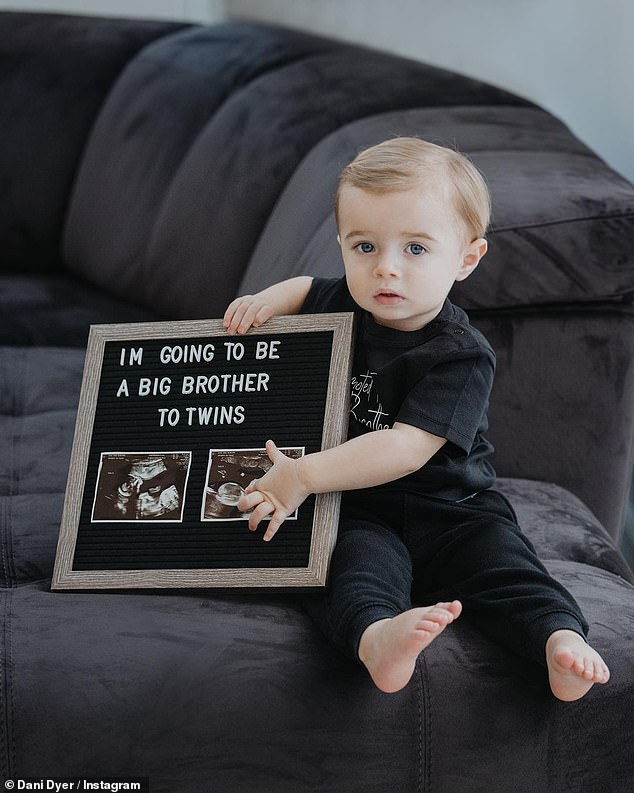 Heartwarming: The influencer shared an adorable photo of her son Santiago, who she shares with ex Sammy Kimmence , holding up a sign saying he was set to become a brother 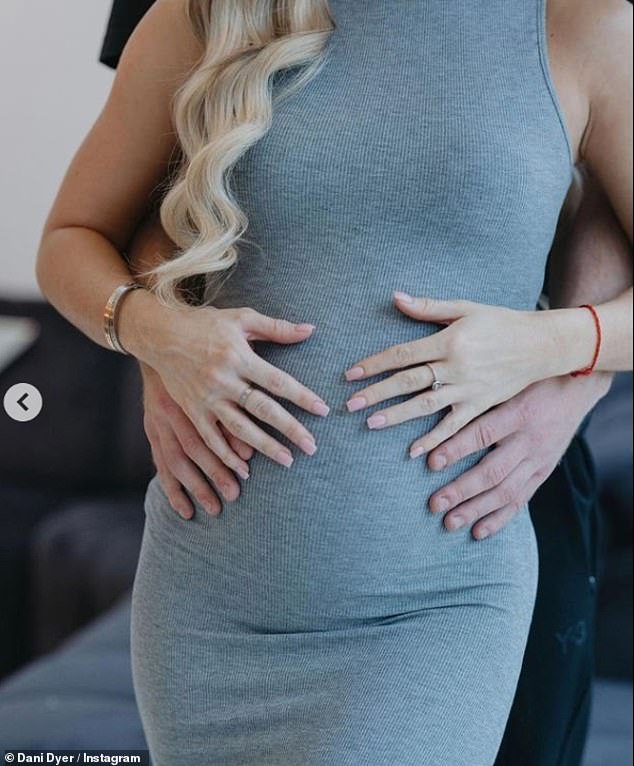 Bump: Dani confirmed the happy news on Friday as she shared photos of her growing bump while posing with Jarrod

Dani and West Ham ace Jarrod went public with their relationship in December 2021, and moved in together the following year.

The couple’s baby news comes after Dani recently revealed she and Jarrod are moving house, likely to a bigger place to make room for the twins.

Answering followers questions on Instagram, Dani said the pair were moving soon, after she put her £725,000 five-bed property home up for sale. 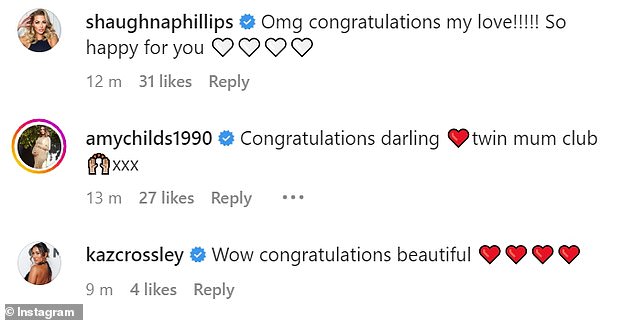 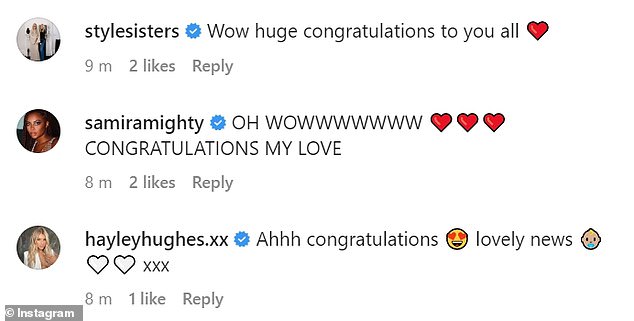 Reaction: The star was inundated with congratulatory messages including several from her fellow Love Islanders

‘We are actually moving house again soon… I can’t cope honestly I would have moved homes four times in the last four years. Hopefully this is it, for a good few years.’

The Love Island star added that herself and Jarrod have ‘so many exciting things happening in 2023.’

Elsewhere Dani discussed being a mum to Santi, as she revealed: ‘Minus the tantrums, I am honestly loving this age.

‘He makes me laugh every single day. I think every phase is hard at time but I love seeing his little personality grow now.’

Dani found love with Jarrod last year, with the couple going public with their relationship in December.

The star also said that Jarrod had the approval of her dad Danny who thinks the sportsman is a ‘lovely guy’.

She told The Sun at the time: ‘He’s invested in all of the West Ham players – because he supports the team and follows some of them.

‘Everything is so early days. Jarrod is a lovely guy and we’re enjoying getting to know each other.

Dani found fame on the fourth series of Love Island in 2018 which she won alongside then boyfriend Jack Fincham.

However, it wasn’t meant to be for the couple as they broke up later that year and Dani later got together with Sammy, who she had dated prior to Love Island.

Dani welcomed Santiago in January 2021 and split from Sammy in July of that year after he was sentenced to three years in jail for a £34,000 scam.