EXPRESS INFORMER > News & Politics > DAN HODGES: If Michael Gove doesn’t have to isolate when he’s pinged, why should we?

Have you heard of the Daily Contact Testing Study? No? Don’t worry. Michael Gove has. In May, the Chancellor of the Duchy of Lancaster flew out to Porto to watch the Champions League Final.

The day after his return, he reportedly got ‘pinged’, informing him he had been in contact with someone who had since tested positive for Covid.

It was believed he’d come into proximity with the infected person on his flight back to Britain, because a large number of his fellow fans were also contacted.

According to newspaper accounts, as many as five additional plane-loads of supporters received the instruction to self-isolate when they returned.

Except for one. By happy coincidence, Mr Gove was selected to be part of a new trial that gave some of the participants the chance to take a daily test, rather than stay locked up at home.

In May, the Chancellor of the Duchy of Lancaster flew out to Porto to watch the Champions League Final

A press notice issued when the scheme was launched – in a very low-key manner – by Public Health England, said: ‘If you decide to take part in the study, you will have a 50 per cent chance of being put in this daily testing group. If you are not in this group, you will need to self-isolate as normal and will be asked to take a PCR test.’

But by another happy coincidence, Mr Gove was chosen for the testing regime. And that’s not where his good fortune ended.

At the time, the Delta variant was running amok. But somehow, it doesn’t seem to have been that strain that Mr Gove came into contact with.

Then there’s the way in which he was notified about his inclusion in the testing study.

The Department of Health release says: ‘Anyone who is identified by NHS Test and Trace as a contact will be offered to take part in the study. This won’t include people identified as a contact through the NHS Covid app.’ 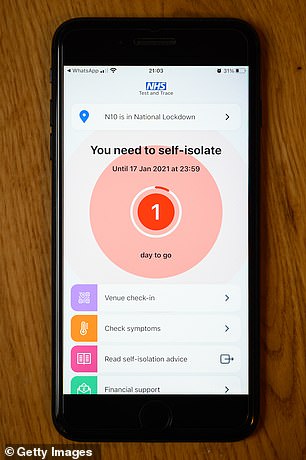 By another happy coincidence, Mr Gove was chosen for the testing regime. And that’s not where his good fortune ended

But at the time it was specifically reported that Mr Gove had been contacted via the app, at which point he immediately had to leave a meeting with Boris Johnson. According to his spokesman: ‘Those reports were incorrect. He actually took a phone call from Test and Trace. It wasn’t via the app.’

When I queried whether he’d really taken a phone call while in a meeting with the Prime Minister, the spokesman added: ‘It may have been by text message.’

I first tried to get to the bottom of Michael Gove’s Houdini-like escape from quarantine a day after I returned from the G7 in Cornwall. I’d just sat down from celebrating Raheem Sterling’s winner against Croatia when the red concentric circle of death began pulsing across my iPhone screen, informing me I had to isolate until 23.59 the following Sunday.

I had been planning to travel up to cover the Batley by-election so I’d obviously have to cancel.

Finally, last week, a Cabinet Office spokesman was more forthcoming. ‘No 10 have signed up to the scheme,’ he informed me. ‘Michael was covered by that.’

On Friday – in response to reports so many people have been getting pinged that large numbers have begun to simply remove the app from their phones – a spokesman for Boris urged the nation to stick with the technology. The Prime Minister is having a laugh. To date, Boris has managed the Covid crisis well. He carefully followed the science in the early days. His Government led the world in development and distribution of the vaccine. He said he had a timetable to bring the country out of lockdown, and – with a couple of weeks delay – he has delivered on it.

But unless he wakes up, the ‘do as we say, not as we do’ entitlement of his Ministers and advisers is going to seriously damage him and his Government. People are sick of it. They were told to stay at home if infected – then saw Dom Cummings hot-footing it up to Barnard Castle, a tissue of lies trailing in his wake. 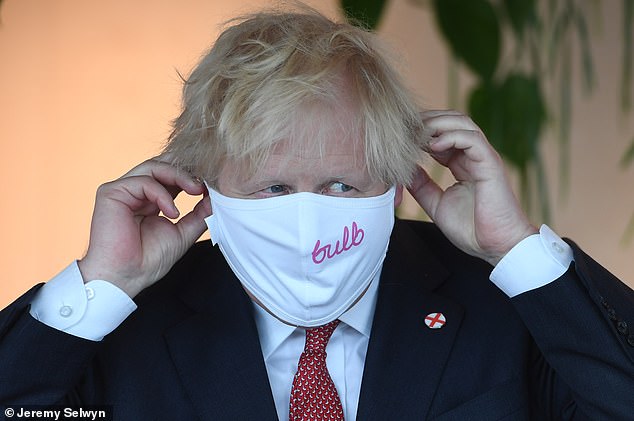 If Boris, his Ministers or advisers seriously think people are going to continue to follow their edict, while ignoring their example, they are living in cloud-cuckoo-land

They were told they couldn’t gather in large groups outside pubs, parks, or their own gardens. Then they saw world leaders sunning themselves on the beach in Cornwall, apparently smashing the rules with the same alacrity they were smashing open their Cornish crab.

Now they are being told they have to lock themselves inside for ten days if they come into contact with someone who may have Covid, even though Michael Gove – back from a quick jaunt to the football – did precisely that but was allowed to carry on on his merry way.

The regulations are supposed to be clear. Yet when it comes to Ministers or their friends, they mysteriously shift. There is always a loophole. Or a trial scheme.

And equally mysteriously, it is only Ministers and their friends who seem to be aware of them.

Michael Gove’s spokesman was at pains to point out that 40,000 people had benefited from the testing trial. ‘It wasn’t just him,’ the aide said a touch plaintively.

Fine. But who else was it? By what criteria were they chosen? What are the results of the trial? And, most crucially, if it was good enough for Michael Gove, why isn’t it good enough for the rest of us?

If we’re honest, very few of us can claim we’ve followed every rule over the course of this crisis. But there is a crucial difference between those who govern and those who are governed. They get to make those rules and we do not.

Two weeks ago, Keir Starmer had Boris on the ropes when he taunted him in the Commons: ‘It’s one rule for them and another for everyone else.’ And the reason he had him on the ropes was because it was true.

When Matt Hancock admitted he had broken the rules he’d ordered the rest of the country to follow, while having an affair with his adviser, No 10’s immediate response was unequivocal: ‘The Prime Minister believes the matter is closed.’

If Boris, his Ministers or advisers seriously think people are going to continue to follow their edict, while ignoring their example, they are living in cloud-cuckoo-land.

From now on I’m going to be adopting a simple rule – ‘do as they do, not as they say’. I’m not going to delete the Covid app. But if I get pinged I won’t be locking myself away for ten days. I’ll be taking a daily test and going about my business. Just like Michael Gove did.

Is that a selfish view? Tough. The matter is closed.