Netball Australia has been saved from financial oblivion by the Victorian Government with Premier Dan Andrews committing the $15million in sponsorship money recently pulled from the sport by Gina Rinehart and Hancock Prospecting.

Rinehart withdrew the funding after Indigenous player Donnell Wallam expressed concerns about wearing the Hancock Prospecting logo on her uniform for her debut international match against England.

Her worries stemmed from racist comments Rinehart’s father Lang Hancock made in 1984 about sterilising Aboriginal communities by ‘doping up’ their water supply.

She was supported by the entire Australian Diamonds playing group and Rinehart consequently pulled the sponsorship money, which Netball Australia desperately needs as it struggles financially. 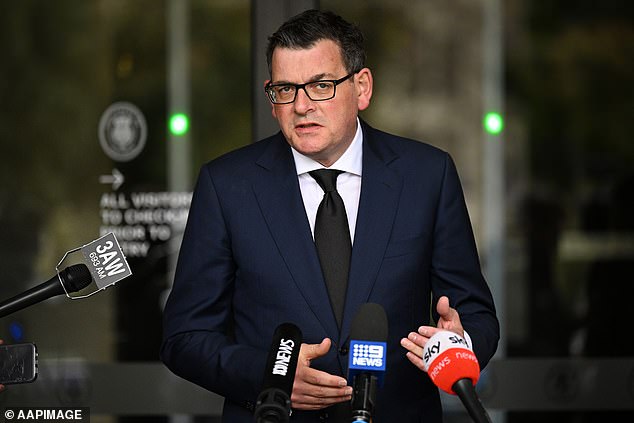 Dan Andrews has confirmed that Visit Victoria will be the new Australian Diamonds sponsor, making up the $15million shortfall after Gina Rinehart pulled funding

The Andrews government stepped in on Monday, with the premier confirming Visit Victoria will be the new sponsor.

‘We are really thrilled today to be able to announce a four-and-a-half year sponsorship deal where Visit Victoria will become a significant sponsor for the Australian Diamonds netball team,’ Andrews said.

‘This is a coup for our state. This is all about supporting netball.’

Under the four-year deal, the Super Netball grand final will be played in Victoria next season while the Diamonds will also wear Visit Victoria branding on their team kit.

The side will play five Test matches and hold training camps in the state from 2023 to 2026.

Andrews said there was competition from other states to sponsor the Diamonds.

‘Obviously there was a sponsor. That sponsor was no more so there was a gap and Visit Victoria raced to fill it,’ he told reporters.

‘Other states wanted this but Victoria secured it.’ 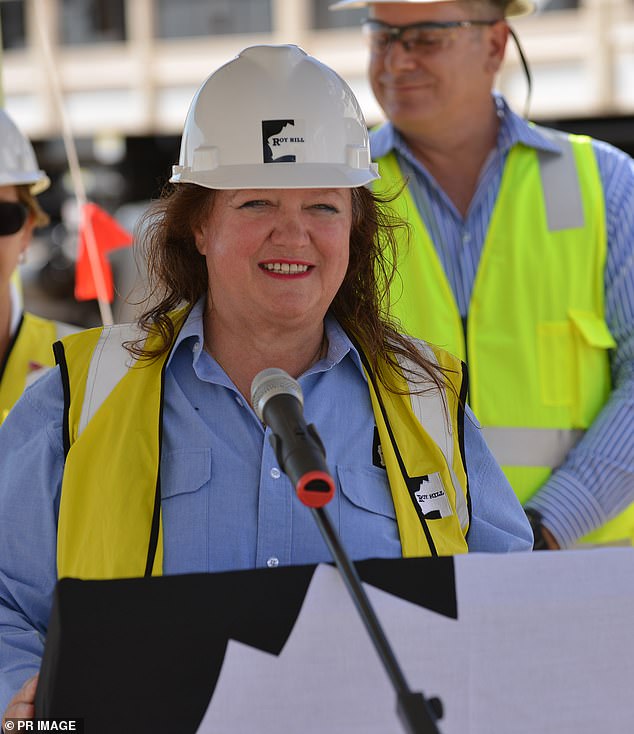 Hancock Prospecting chair Gina Rinehart pulled $15million in sponsorship for Netball Australia after Wallam expressed concerns over wearing their logo, which was supported by the players

The decision by the Victorian Government has proven divisive, with many questioning why a State Government is sponsoring a sporting team.

‘As a Victorian tax payer I would like to know how this is compliant with the general principles of sponsorship by Vic government, in particular: support the achievement of government goals and objectives, increase effectiveness of strategic programs,’ one person posted.

‘Andrews splashes out another $15m while it was only this morning on the news they mentioned the state of Victoria is in deep debt,’ another commenter wrote.

‘Dan what about your hospitals – am sure the Victorians who elected you to work for them not Netball must be feeling rather angry,’ wrote Sue Hewat.

‘Would rather see the money go to assist and support our flooded Australians in Rochester, Shepparton, Echuca to name just a few. Oh that’s right. There is an Election in the wind!! Political spin over people. Again,’ wrote another.

‘Mr Andrews it might be trick or treat night, but stop giving the states money out like lollies,’ said Margot Graham. ‘The health system is stuffed and our roads are a disgrace.’

‘If the VIC Government cared about women’s sport, why didn’t we bid for the major games in the Women’s World Cup?’ asked another.

‘This is my tax payer money, not your money, did you ask me???? This is called stealing!’ Tweeted another. 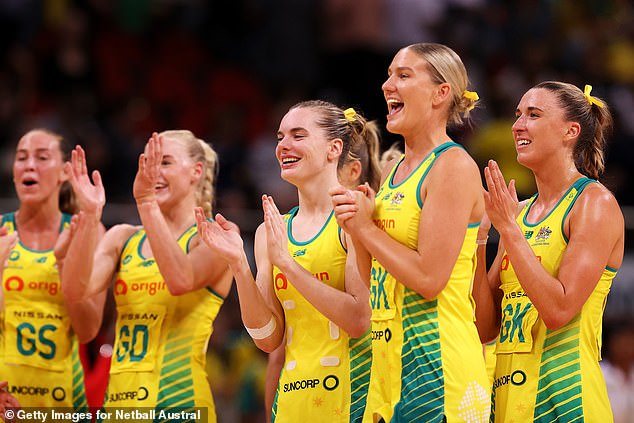 However, there was also support for the move, which should secure the Diamonds’ financial future for at least four years.

‘This is epic leadership Premier! Welcome to Victoria, the greatest & most progressive state in Australia. Lmao to all far-right cookers who’ve been attacking the netballers & using the ridiculous “Go Woke Go Broke” hashtag,’ posted one fan.

‘Very happy with this decision, especially in light of recent events. I’m happy to be a Victorian backing theses players stand against racism and the ‘wealthy rule the world, and set the standards’ entitlement of some mega rich,’ posted another.