These are the wooden steps Daniel Andrews slipped on and broke his back so badly he couldn’t work for months.

The Victorian premier suffered serious spinal injuries, six broken ribs, and collapsed lungs in the March 2021 fall and his wife feared he would die.

Mr Andrews was rushed to hospital from the holiday home in Sorrento, on Victoria’s Mornington Peninsula, and needed three months off work to recover.

The three-bedroom weatherboard shack by the beach he and his family stayed at has two steps at the front to a porch that is about 40cm off the ground.

Mr Andrews was not impressed with the steps finally being revealed and lashed out at the media at a press conference on Sunday morning.

‘Can anyone tell me what the point of the story is? Anyone? Are you going to interview the stairs?’ he said.

‘People can go as low as they want. I’m not going there with them.’

Mr Andrews last year explained his foot slipped off the wet first step and he ‘got airborne’ with the porch hitting him ‘square across my shoulder blades’ leaving him in agony, unable to breathe or cry out.

After his wife Catherine heard him groaning she thought it could have been his last moments.

‘It was awful because you were going blue and I thought you’re going to die here in Sorrento in this holiday house,’ she said in an interview after he recovered.

‘And you were looking at me and you felt the same.’ 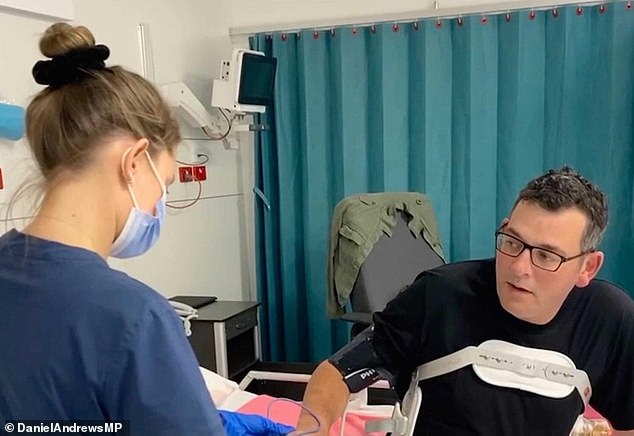 Following his injury the Premier went almost unsighted for three months while he recovered, except for a few pictures posted to social media like this one

Known as ‘The Beach House’, the property has three bedrooms and has a swimming pool, spa and private gardens with the asking price of $1,000-$1,443 per night depending on the season.

The premier and his wife booked the house for a weeklong holiday over the Labor Day weekend with their children Noah, Grace, and Joseph.

Despite Mr Andrews’ serious injuries, none of his family raised safety concerns with the owners or sued them for damages, the Herald Sun reported.

All they did was ask for a refund for not using the whole week, which was rejected but a credit for another three-night stay at The Beach House was offered.

The credit only applied to the specific house, not any of the others its owners possessed.

‘Why would you go back to the house where you had that memory?’ a source mystified at the refund policy said. 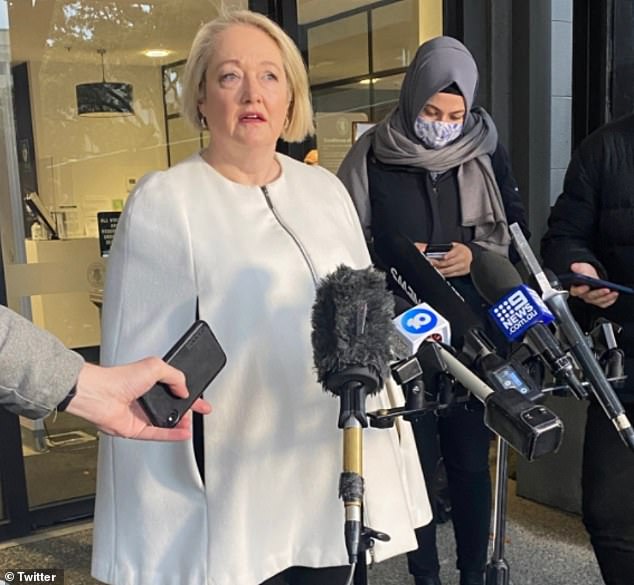 There have been no alterations or improved safety measures, not even a sign, put in place after the owners were told that legally they had nothing to worry about.

While the premier said the decks were wet, they reportedly had not been washed since the previous week.

‘It is very low to the ground. There are only two steps,’ a source who was sceptical of Mr Andrews’ claim that he was ‘airborne’ told the newspaper.

There has also been questions raised about whether the premier might have been under the influence of alcohol.

Mr Andrews denied this saying he spent the previous day at the family with the beach.

However, a source told the Herald Sun the premier actually fell the night before and had been at a ‘drinks gathering’, which Mr Andrews has previously denied.

‘I’d not seen anyone, it had not been a late night, in the sense that I think you are inferring. It was just one of those things. You can be incredibly unlucky,’ he said. 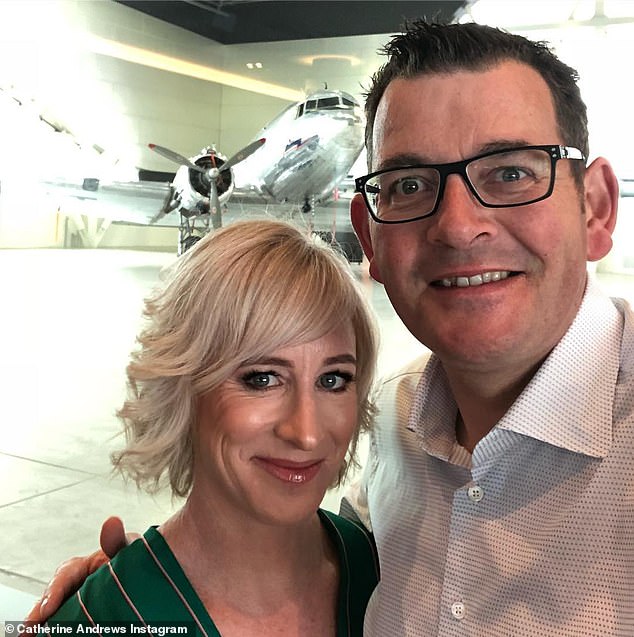 Despite Ms Andrews fears that the premier’s injuries could have been fatal, Ambulance Victoria said that from the Triple-0 call they assessed the case ‘did not require an immediate lights and sirens (life-threatening emergency response).

The statement, that wrongly said the accident happened on a Tuesday rather than on Monday, was put out after Liberal MP Louise Staley issued a long list of questions about the accident and what the premier was doing leading up to it.

‘Victorians need honesty and transparency from Daniel Andrews about the circumstances of his injury,’ Ms Staley said.

‘Everyone is entitled to privacy about their health, but these questions are not about the nature of his injuries, only how he got those injuries.

‘If there is no cover up then there is no reason not to provide answers to these simple questions.’

In releasing the statement from Ambulance Victoria, the then-acting premier James Merlino said he was treating Ms Staley’s questions ‘with the contempt that it deserves’.

‘This is how the Liberal Party treat people. No decency. No respect. They should be ashamed of themselves,’ he said.

‘You can’t put to bed conspiracy nutters and if the Liberal Party want to act disgracefully, that is a matter for them.’

Citing his need for privacy, Mr Andrews almost disappeared for three months after the accident, with only a couple of photos popping up on social media. 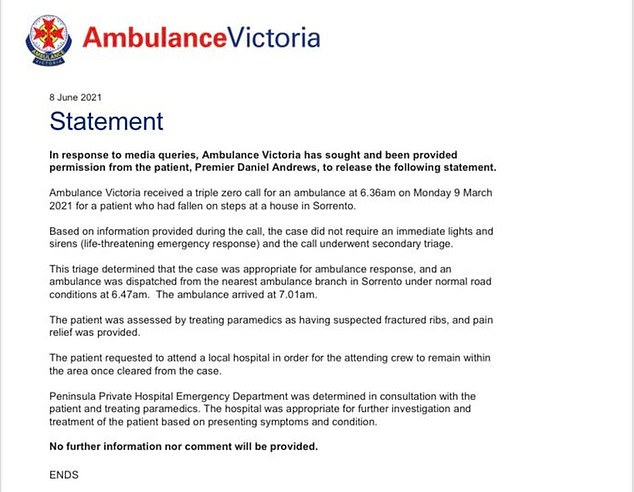 Ambulance Victoria put out this statement, which gives the wrong day, following questions being asked about the accident

He only spoke at length about the accident when he finally returned to work.

‘I’ve got a briefcase in one hand, I’ve got an overnight bag in the other and I walked out the front door,’ he said at the time.

‘The door slams behind me, I take two steps on the porch… and as I put my left foot on the step it just slid straight off it. It’s like it is in slow motion. I thought ‘I am in trouble here’.

‘I got airborne, bang, and then the leading edge of the porch hit me square across my shoulder blades. I could hear it, and it was not a pleasant sound.

Paramedics arrived at 7.01am after Mr Andrews’ security detail lifted him off the grass and took him inside the house.

The premier was still in agony so they cut him out of his favourite golf shirt and put a morphine drip in his arm to dull the pain.

He was rushed to hospital and spent more than 100 days largely hidden from the world, and was still recovering long after he returned to work.