BREAKING NEWS: Buffalo Bills confirm players will RETURN to practice today for the first time since Damar Hamlin’s cardiac arrest… as preparations begin for game on Sunday while teammate remains in intensive care

Players on the Buffalo Bills will return to practice today for the first time since Damar Hamlin’s cardiac arrest on Monday night, as the team will now prepare to take on the New England Patriots on Sunday while the 24-year-old remains in intensive care.

On Wednesday morning, the Bills tweeted that club officials will ‘hold meetings and a walk through’ with players and staff, though the team will not face the media until at least Thursday.

Other teams in the NFL have also cancelled their media availabilities this week out of respect to Hamlin, including the Patriots, Philadelphia Eagles, Kansas City Chiefs, and the Pittsburgh Steelers.

It remains unclear if the Bills will release any further updates on Hamlin’s condition on Wedneday. The Bills safety is still intubated at the University of Cincinnati Medical Center in Ohio and is using ’50 percent’ of a ventilator’s oxygen levels to help him breathe.

The Bills will hold meetings and a walk-through today. The team will not have any media availability today. 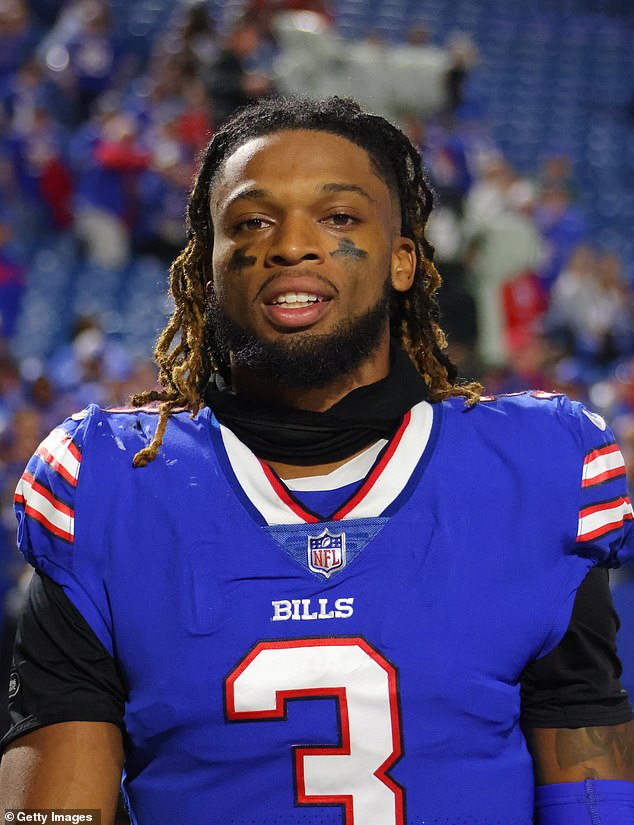