Dakota Johnson made a joke about the Armie Hammer cannibalism scandal as she spoke at a dinner to kick off the Sundance Film Festival in Park City, Utah.

The 33-year-old actress, speaking at the A Taste of Sundance dinner at The Basin Recreation Fieldhouse, was presenting the Luca Guadagnino Sundance Institute International Icon Award, after working with him on films such as A Bigger Splash and Suspiria.

Johnson – who has gained viral notoriety for an awkward 2019 exchange with Ellen DeGeneres – joked that the acclaimed director had attempted to cast her as the peach in the acclaimed film Call Me by Your Name.

The latest: Dakota Johnson, 33, made a joke about the Armie Hammer cannibalism scandal as she spoke at a dinner to kick off the Sundance Film Festival in Park City, Utah Thursday

In the motion picture, the character played by Timothee Chalamet performed a sex act on a peach, after which Hammer’s character ate it.

‘It was here at Sundance in 2017 that audiences experienced a film that is uniquely characterized by Luca’s iconic approach to storytelling,’ said the actress, who plays Anastasia Steele in the Fifty Shades Of Grey films.

She continued: ‘The vision and the style of it is Call Me By Your Name. Sadly, I wasn’t in that one. It was unfortunate.

‘Luca had asked me to play the role of the peach, but our schedules conflicted – thank God, because then I would have been another woman that Armie Hammer tried to eat!’ 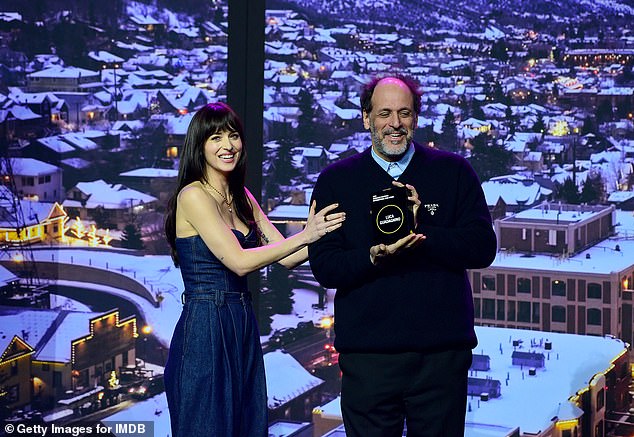 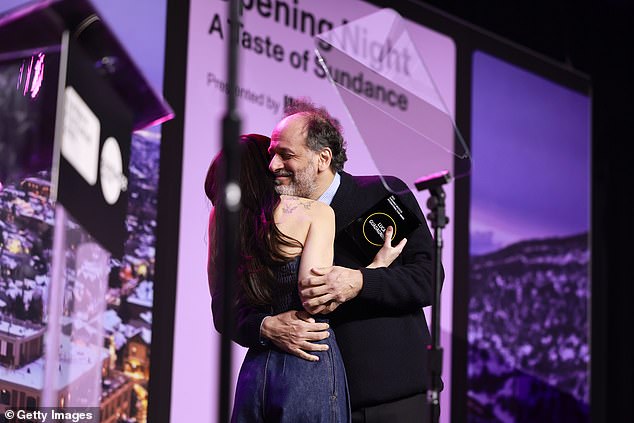 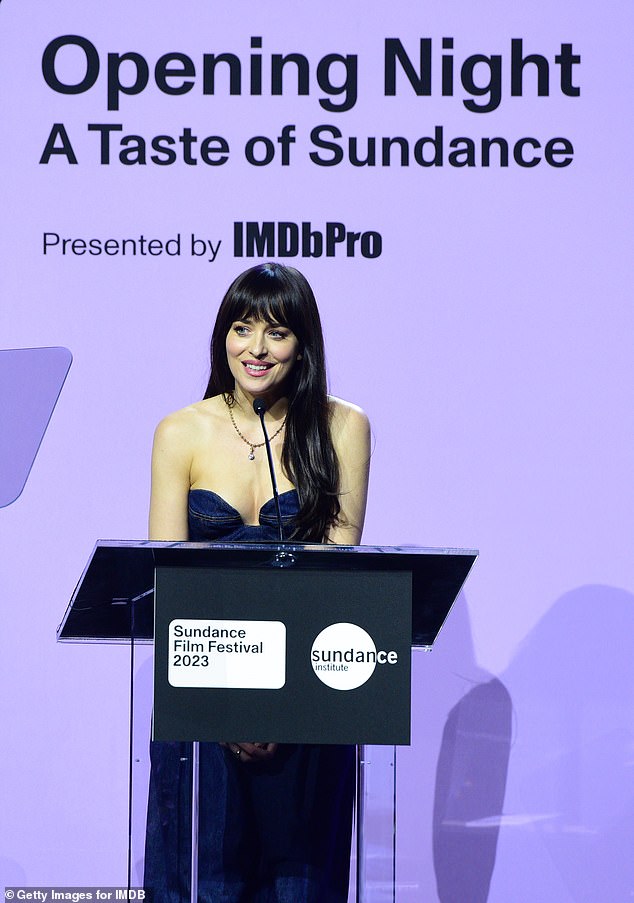 The daughter of Melanie Griffith, 65, and Don Johnson, 73, showed her comedy chops in the presenting gig to kick off the film festival

The punchline drew mixed reactions from the audience ranging from groans to cheers.

The daughter of Melanie Griffith, 65, and Don Johnson, 73, alluded to Guadagnino’s 2022 film Bones and All, in which cannibalism was part of the storyline.

‘It’s been five years since that film premiered here and Luca hasn’t stopped taking us to exciting places – who knew cannibalism was so popular?’ she said. 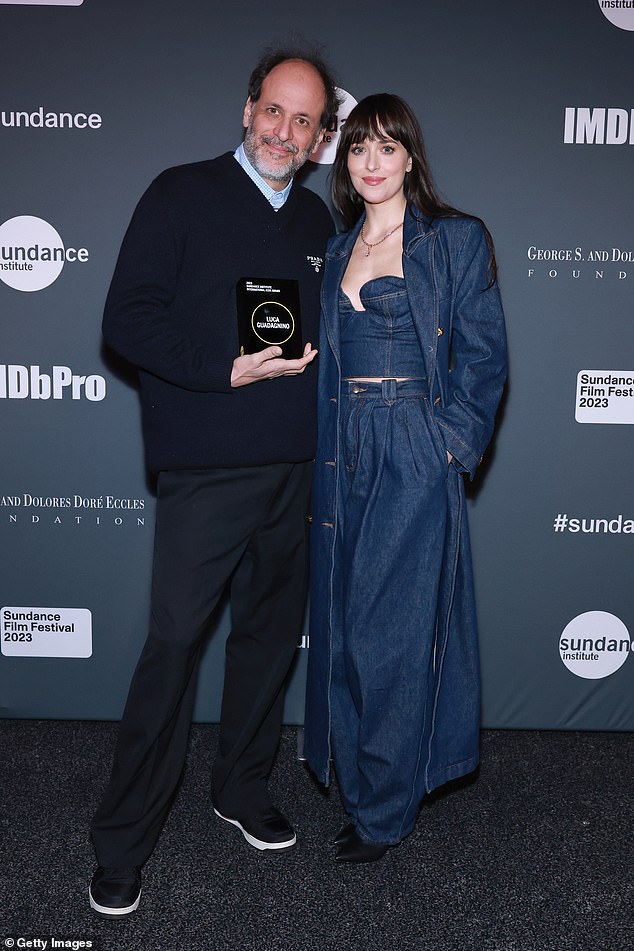 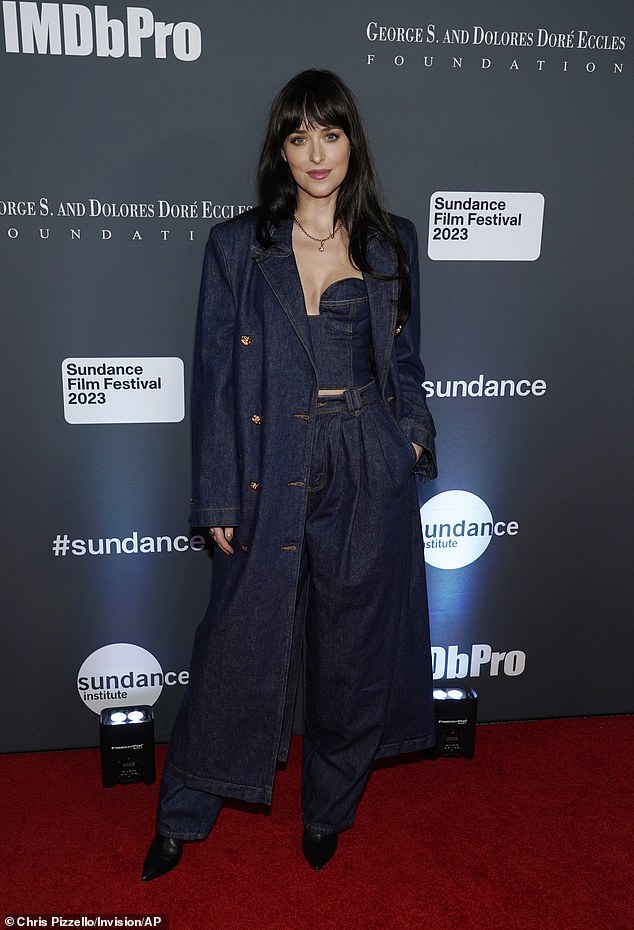 The actress attended the winter event in a dark denim outfit consisting of a long coat, shoulder less top, jeans and pointed boots 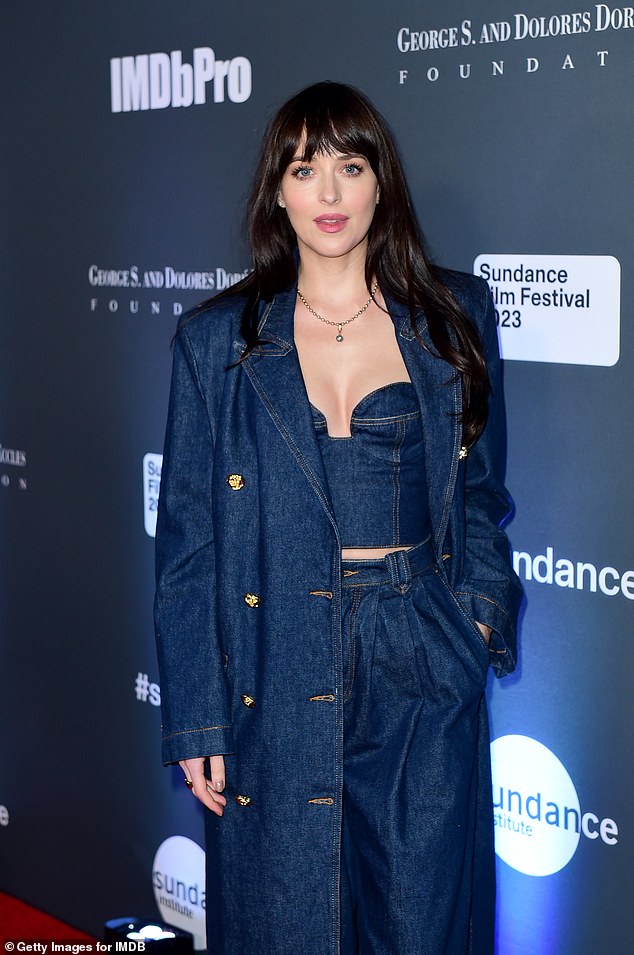 Hammer received the most critical acclaim of his career for the 2017 movie Call Me By Your Name – as he was nominated for a Golden Globe and Film Independent Spirit Award, amid other honors – for his part as Oliver in the film opposite Timothée Chalamet.

The actor, who has also been in movies such as The Social Network, The Man from U.N.C.L.E. and The Lone Ranger, fell into controversy in early 2021 amid multiple accusations of sex abuse and a stated penchant for cannibalism.

He was subsequently dropped from his agency WME and lost a number of roles he had on tap, including the Jennifer Lopez film Shotgun Wedding and the Paramount Plus series The Offer. 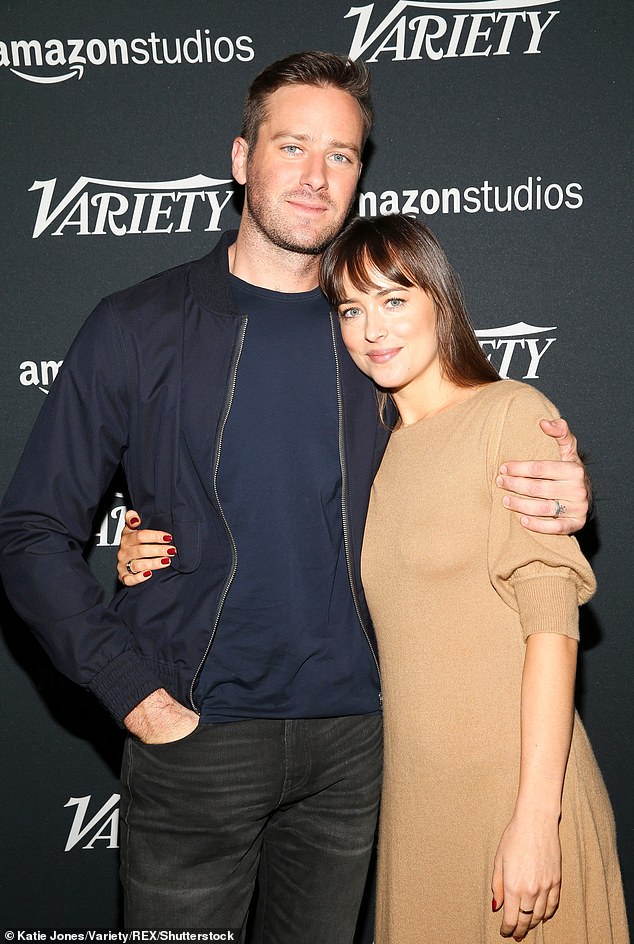 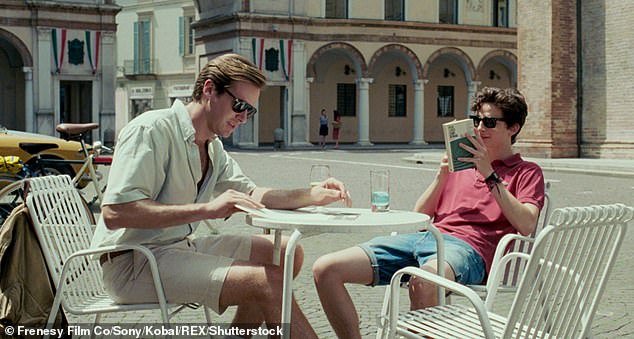