Dakota Johnson and Chris Martin kept it casual while stepping out in Malibu Sunday.

The Fifty Shades of Grey actress, 32, sported a black crew neck sweater, torn jeans and white sneakers for the outing. She pulled her long locks back with a large white clip and finished the look with a pair are dark aviator sunglasses.

The Coldplay singer, 45, appeared equally relaxed, wearing a green sweater with an Earth design on it accompanied by a sun, moon and stars, dark sweats and sneakers.

Casual outing: Dakota Johnson and Chris Martin kept it casual while stepping out in Malibu Sunday, laughing and smiling after grabbing coffee and a treat from the SweetBu candy store

He was nearly unrecognizable wearing a mask and beige beanie.

The pair were spotted laughing and joking as they left the SweetBu candy store, where they had stopped to grab coffee and a treat.

The pair have been together since 2017 and have tried to keep their relationship out of the headlines. 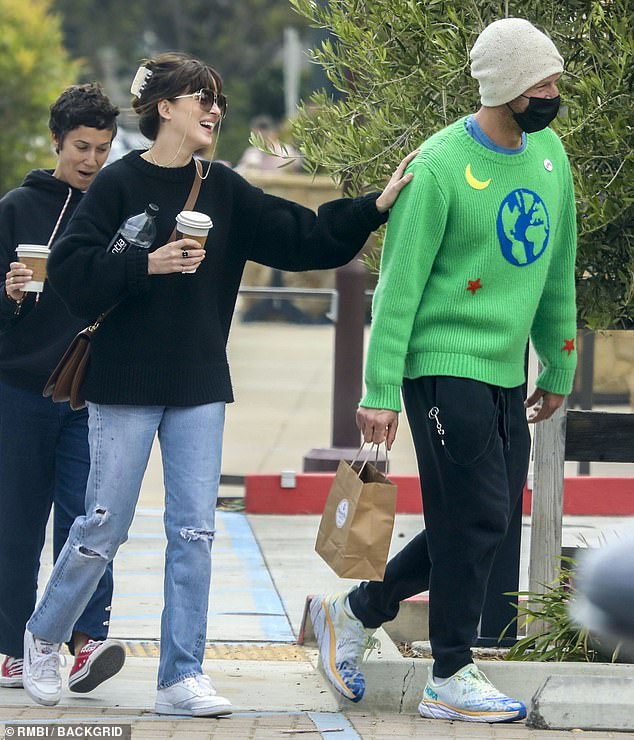 Busy:  Dakota, 32, has been keeping busy.  She has three films being released this year including Persuasion, based on the Jane Austen novel in which she will play heroine Anne Elliott

Dakota has been keeping busy, in spite of the pandemic.

She appeared in the Oscar nominated The Lost Daughter in which she played the young mother of a child who goes missing, briefly.

The versatile actress has three projects coming out this year: Cha Cha Real Smooth as the mother of an autistic daughter, Am I Okay in which she plays a young woman who embarks on a journey of self-discovery and Persuasion, based on the Jane Austin novel, as the overlooked heroine, Anne Elliot. 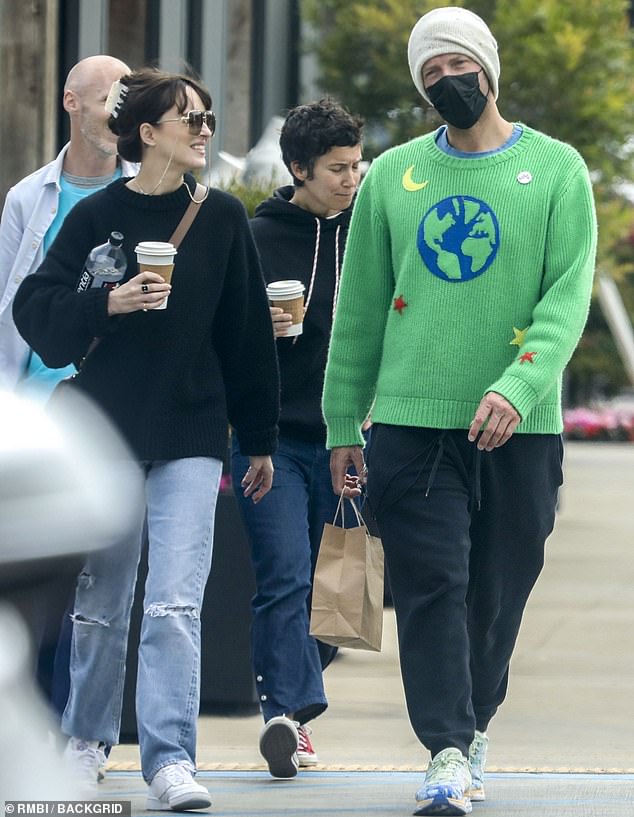 On the road: The Coldplay singer, 45, is getting ready to hit the road. Coldplay will begin a series of concerts on its Music of the Spheres tour May 28 at Soldier Field in Chicago

The weekend’s quick trip to the sweet shop outing appeared to one of their last local outings for a while.

The Yellow singer, who shares children Apple, 18 and Moses, 16, with ex-wife Gwyneth Paltrow, begins a series of concert dates later this week, beginning with a couple of Coldplay concerts at Chicago’s Soldier Field this weekend.

The band will travel through the US until the middle of June and then embark on the European leg of their Music of the Spheres tour.