The nation’s most affordable new car will receive a new look next year, as first images of the third-generation Dacia Sandero show a far more stylish design.

Currently priced from £6,995, the Sandero supermini is the cheapest new car you can purchase in the UK. But it’s not what you’d call handsome.

That’s due to change in 2021, as the Romanian brand – now owned by Renault – has released the first shots of a revamped version. But the new look suggests a price hike could be on the cards…

Sandero gets stylish: This is the new look for the 2021 Dacias. But it could see their bargain-basement prices increase

Dacia has yet to confirm many details about the Sandero – or the crossover Sandero Stepway and Logan, both of which have also been revealed in a small selection of photos released ahead of the new cars’ arrivals.

The images show a more streamlined design, with a more raked windscreen, lower roofline and and all-round chiselled looks.

The headlights look set to feature Y-shaped daytime running LEDs and the grille is more narrow to give the car a wider appearance.

Squint, and you could easily mistake the Sandero pictured here for a Volkswagen Polo.

But while the looks set to be improved, there could be a price hike on the way for the car that’s been Britain’s most affordable model since hitting the market in 2013.

Aggressive pricing, with the Logan also the cheapest estate car and Duster the lowest-price SUV – saw Dacia shift over 120,000 cars in the UK by 2018. 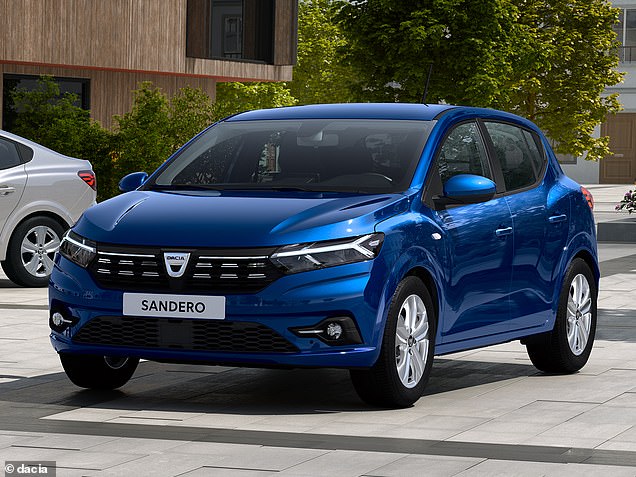 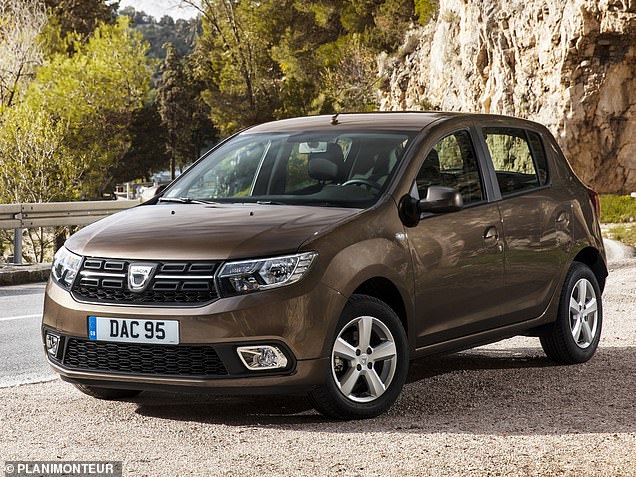 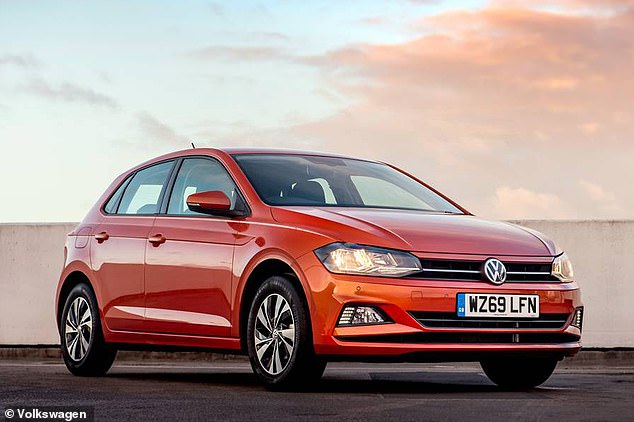 Full information about the new Sandero range will be unveiled when the car makes its debut later this month, with first deliveries due early next year.

What Dacia has so far promised is ‘increased style’ and improved levels of equipment across the range, which could in turn push prices higher.

With no images of the interior of the car, it’s unclear if Renault will share its latest infotainment system and digital instrument display.

The brand has also said today that  it wants to retain its ‘fundamentals of simplicity and reliability’, which signals a traditional combination of control functions and displays to keep prices low.

In the latest What Car? Reliability Survey published just last week, the current Sandero was rated the least reliable of all superminis. It received a reliability score of 85.9 per cent. 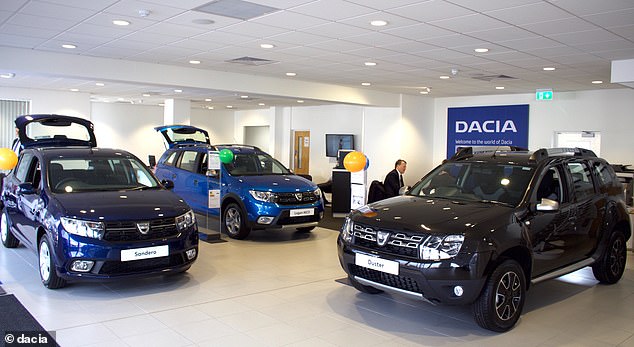 Dacia sold more than 120,000 cars in the first five years since the brand relaunched in the UK (2013-2018), with the Sandero (left) being a driving force for the Romanian brand 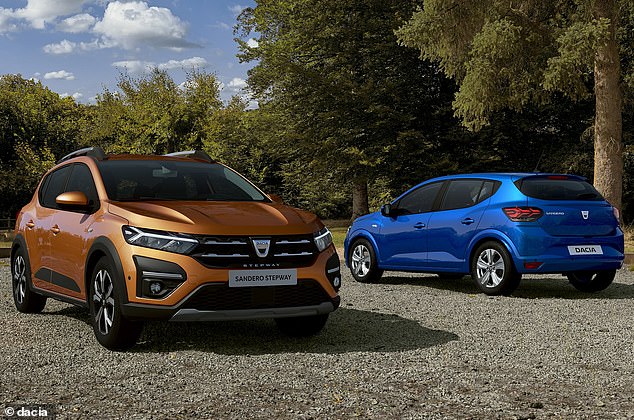 While no dimensions have been revealed, the new Sandero looks a visibly longer than the one on sale today – which could be the key driver for an increase in cost.

It looks likely to be shifting away from the older Renault Clio chassis and instead be underpinned by the French firm’s latest platform – which is the same one used for the Nissan Juke.

This could see the base-level Sandero rise above the £7,000 mark.

The Clio, for instance, starts from £15,295 in the UK – more than twice the price of the existing Sandero.

One way Dacia will look to keep prices down is restricting the engine line-up to conventional petrols and diesels, rather than offering a comprehensive range of mild hybrids and plug-in hybrids, as available with the Renault. 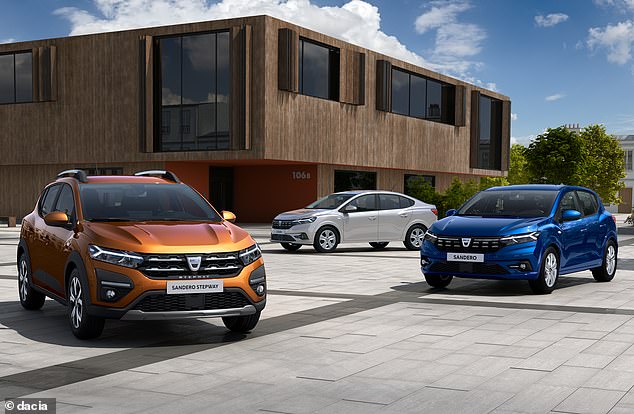 The official images from Dacia also show a saloon Logan (silver). Until now, the Logan has only been sold in the UK as a compact estate car

Dacia will also continue to offer the crossover Sandero Stepway with a raised ride height, roof bars and additional external plastics to give it a more robust look.

Also revealed in Dacia’s official shots is the next-generation Logan, though as a saloon and not an estate, as it has been offered in the UK.

It will likely continue to share platforms with the Sandero, though there is no confirmation of a saloon variant as pictured will be sold in Britain or if it will continue to be an estate-only model.

Let us know what you think of the looks of the new Dacia models in the comments section below. And stay tuned for more information on the Sandero later in September.