Special delivery: Daniel Kretinsky can raise his stake in Royal Mail above 25 per cent

At the sporting events where they are spotted together, Daniel Kretinsky and Anna Kellnerova could easily blend into the crowd. But the bespectacled 47-yearold lawyer and his much younger showjumper girlfriend are one of the world’s richest couples, basking in his’n’hers fortunes.

Kellnerova is one of four children of the richest man in the Czech Republic before his death last year, while Kretinsky accumulated his wealth, estimated at £4.3billion, initially through investing in power plants. Known as the Czech Sphinx due to his poker-faced approach to investment, he has large stakes in famous British names including West Ham United and Sainsbury’s.

Now, the City is speculating that he is primed to swoop on one of our most iconic companies, International Distributions Services (IDS) better known as the five-centuries old Royal Mail – which is entangled in pay disputes with staff and is making losses of £1million a day.

IDS is due to reveal its latest half-year figures this week, on Budget Day, and they will not be pretty. The consensus among City analysts is that the Royal Mail UK letters and parcel business will make a loss of more than half a billion pounds. The IDS group as a whole, which includes a profitable international parcels business, is expected to be in the red to the tune of £258million.

The prospect of an overseas tycoon taking over such a historic institution, which traces its origins back to Henry VIII, is likely to alarm many observers, from union bosses to small shareholders and the letter-writing public. One insider has described it as a ‘classic private equity situation’ in which Kretinsky could strip out all the valuable assets before a ‘race to the bottom on pay and conditions’ ensues. Of course, this is speculation, but nerves are a-jitter.

Parent company IDS has already announced a loss of £219million in the first half of this year while 10,000 jobs are set to be culled.

It’s a vulnerable situation for a key plank of the UK’s communications infrastructure. Kretinsky is already the largest shareholder in IDS, owning more than a fifth of the company through his Luxembourg investment vehicle Vesa.

He was this month given approval by the UK Government to increase his stake to more than 25 per cent. This, in effect, gives him a green light to launch a full takeover bid.

Though we are in an era of instant messaging, this is concerning as the post remains a vital element of the country’s communications. And Kretinsky has links, albeit indirectly, to the Kremlin’s gas operator Gazprom. This is via a stake in gas piping firm Eustream, which has been at pains to condemn Russia’s invasion of Ukraine. There are other concerns. Why might a Czech billionaire care if a British pensioner cannot afford to stick a stamp on a card for a grandchild? The price of first-class postage has already gone up by 3,000 per cent since the 1970s.

And what about levels of service? Saturday deliveries are set to be scrapped under money-saving plans by current management. More might follow if he took control.

On top of that, it is only after a campaign by this newspaper that Royal Mail has offered concessions to people who would early next year have found themselves saddled with stamps they could not use.

Whether the company would be receptive to its customers in future, under Kretinsky ownership, is an open question. These matters trouble the little people, but seem unlikely to graze Kretinsky’s consciousness. He and Kellnerova can repair to the Chateau du Marais, a French castle known as ‘little Versailles’ just south-west of Paris, to escape the world’s worries. Kretinsky recently bought the enviable property for €43million (£37million) in a joint investment with the chief executive of an investment group owned by the Kellner family.

The plan is to turn it into a hotel along similar lines to a private resort Kretinsky co-owns in the Maldives.

In her mid-20s, Kellnerova is no poor relation in this pact. She is an accomplished horsewoman who competed in the Tokyo Olympics, and is also an heiress as a daughter of Petr Kellner, an associate of Kretinsky, who died after a helicopter crash during a ski trip to Alaska. 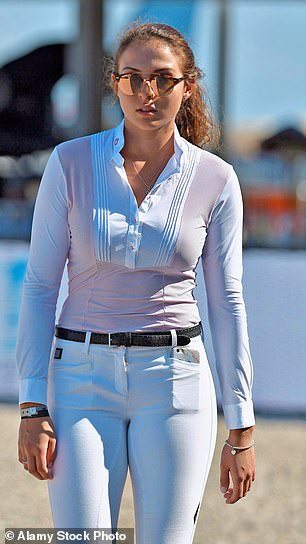 Kretinsky is the son of a university professor and a judge. After studying law, in 1999 he joined J&T, a firm involved in banking, finance and investment, mainly in Russia and Eastern Europe. He made his fortune by buying power plants through his energy business, EPH, the largest in central Europe and a big player in the UK. It has invested more than £2billion here and owns several power stations, including Lynemouth in Northumberland. Elsewhere, Kretinsky has a stake in US department store Macy’s, French newspaper Le Monde and Dutch postal group Post NL.

Naturally, he has many oligarch-style baubles, including Heath Hall, a £65million mansion in Hampstead, North West London, and his name featured in the Panama Papers – a cache of documents leaked in 2016 – in connection with a British Virgin Islands company called Wonderful Yacht Holdings.

Is he, one might ask, the sort of person who would put the interests of the British letter-writing public ahead of his own pecuniary gain?

It has been suggested that he might split the business, selling the traditional Royal Mail letter delivery arm while cherry-picking the far more lucrative international parcel delivery service. Kretinsky’s move comes at a fraught time for Royal Mail, which was privatised in 2013, when its shares were floated on the stock market for £3.30. They are now trading at about £2.40 – having more than halved this year alone.

But the Government, having examined Kretinsky’s proposal to raise his holding under legislation meant to protect key national assets from damaging overseas takeovers, waved it through.

Might eyes have been taken off the ball in the recent turmoil? The UK has been through three Business Secretaries since the summer when the review began. Approval was bestowed by Grant Shapps, following the departures of Jacob Rees-Mogg and Kwasi Kwarteng.

Does the Business Department really believe a Czech billionaire is the right person to provide a sustainable, universal, affordable and secure postal service for the UK?

The Government could and should block a full bid by Kretinsky, were he to launch one. And there is another possible line of defence: investor power. Royal Mail’s staff and private investors between them have a 20 per cent stake in the firm. If Kretinsky does launch a takeover bid, they should put shareholder democracy into practice and mobilise to vote him down.

Tycoon with a £37million seat of power

Daniel Kretinsky has amassed an eclectic array of assets and is a major player in the energy market.

The Czech billionaire’s power firm EPH – the largest in central Europe – is one of the biggest independent generators in the UK, where he has invested more than £2billion.

He owns several power stations including one in Lynemouth, Northumberland. 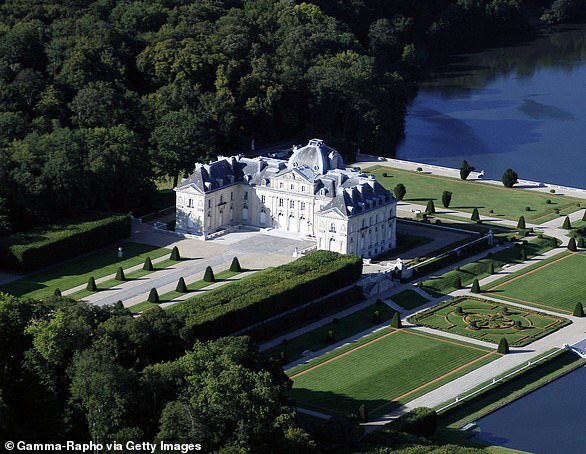 Apart from owning more than a fifth of Royal Mail, he has another major UK shareholding – a 10 per cent stake in Sainsbury’s, where he is the second biggest investor.

Both are held through Vesa Equity, a private firm registered in Luxembourg.

He has a 27 per cent stake in West Ham United and is co-owner of Czech club Sparta Prague. Elsewhere, his holdings include a stake in US department store chain Macy’s, French newspaper group Le Monde and Dutch postal group Post NL.

He also featured in the Panama Papers – a leaked cache of confidential documents – in connection with a British Virgin Islands company called Wonderful Yacht Holdings.

He recently bought Chateau du Marais, near Paris, for £37million.