Awkward backstage snub of Cyril Gane by Francis Ngannou at UFC 268 was a ‘surprise’, admits Frenchman after footage showed how his heavyweight champion blanked his friend-turned-rival

Cyril Gane has admitted his surprise at being snubbed by heavyweight champion Francis Ngannou ahead of their slated fight at UFC 270.

Footage backstage at Madison Square Garden at the weekend showed Ngannou breeze past Gane without acknowledging him, despite the fact that they used to be sparring partners and friends.

The clip shows Gane’s shocked reaction after Ngannou walks straight past without a word. 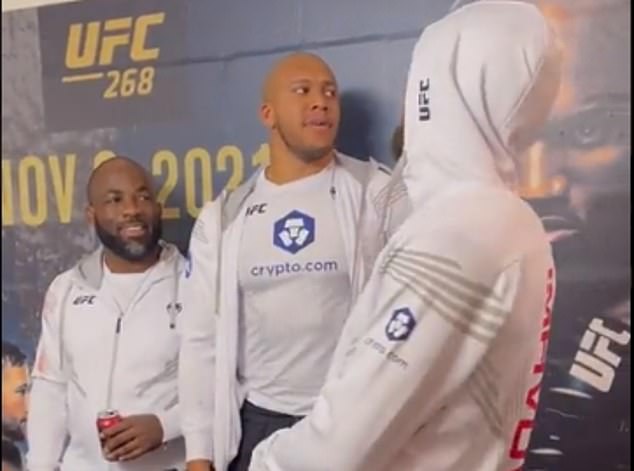 Both men were in the arena for UFC 268 and a showdown between them is planned for January 22 next year.

Gane and Ngannou’s upcoming bout is being sold as friend’s who have become adversaries and evidently that rings true for the powerful champion. 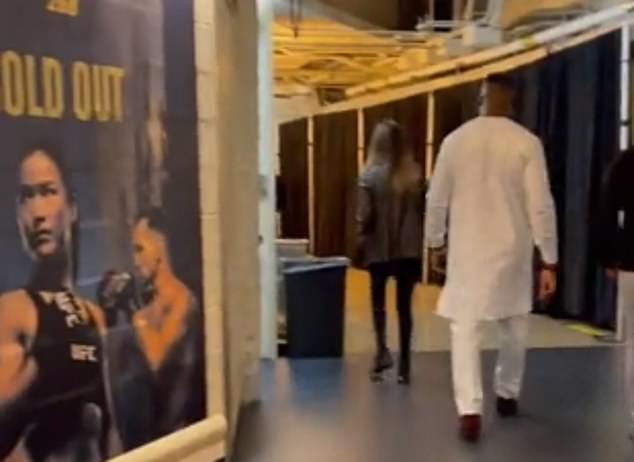 But for Gane, who remains undefeated in his young career, explained: ‘At first, I was a little bit uncomfortable with that because too many people try to put me in the headlines like, ‘The guy with the revenge,’ but this is not my story.

‘Let me do my thing, and now I’m comfortable with that. When I started my career in the UFC, maybe my first three fights after every fight, the journalists say “And Francis and Francis”.

’Yo, stay focused on me please. I just arrived; I’m gonna do my thing. Francis was already in the top five, so this is the feeling.’ 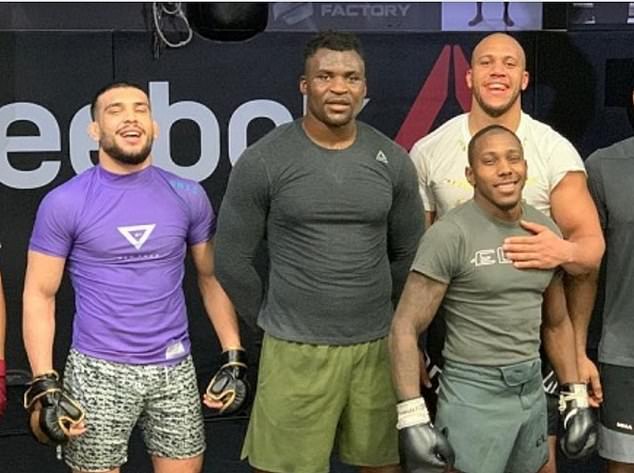 Ngannou won the belt from Stipe Miocic in the second round of their UFC 260 bout with a thunderous KO, his fifth in succession.

He will be posed a challenge by Gane, who TKO’d Derrick Lewis in August to set up a showdown with his old sparring partner.

It will be fascinating to see how they react to each other now the stakes are so high, particularly in light of Ngannou’s snub on Saturday night.