British-American cybersecurity company Darktrace has warned that foreign exchange headwinds could weigh on its performance.

Darktrace, which uses artificial intelligence to detect attacks and vulnerabilities inside IT networks, grew its customer base by 320 clients for Q1 FY 2023, taking its database to 7,757 and equating to a 29.1 per cent year-over-year increase.

However, it highlighted that adverse currency movements – which saw the pound hit a record low of $1.0327 on 26 September – could drag on its performance further after inflicting $17.1million (£15.4 million) of losses in the first quarter alone.

British-American cybersecurity company Darktrace, which in August was the subject of takeover interest, said it was maintaining its annual guidance but warned that foreign exchange headwinds could weigh on its performance

Net revenue from subscriptions came to $511.5million (£463.8million) at 30 September but, following currency exchange, the reported figure was $494.4million (£448million).

The Cambridge-based firm added that exchange rate movements are ‘likely to impact the conversion of constant currency ARR to USD revenue for the rest of FY 2023’.

Darktrace shares slid more than 6 per cent, trading at 291.83p by around 10am on Wednesday.

Though the US Dollar continues to be unusually strong relative to Darktrace’s other operating currencies, it told investors its ‘key FX rates have recovered somewhat from the lows experienced in late September’.

On this basis, the business is maintaining its expectation for FY 2023 year-over-year revenue growth of between 30 per cent and 33 per cent, though it said it ‘will continue to monitor FX rates, and their potential impacts on revenue, for downside movement relative to rates at this reporting date’. 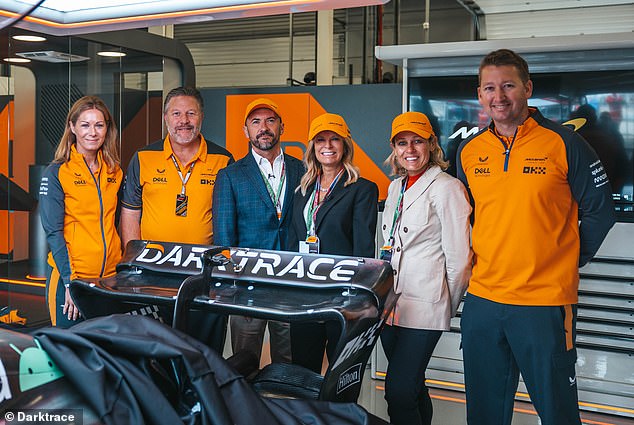 One of its most well-known backers has been Mike Lynch, who is facing possible extradition to the US over accusations of fraud arising from the $11.6billion sale of enterprise software group Autonomy to HP.

Lynch, who has denied all allegations of wrongdoing, has said that a ‘vindictive’ campaign by US authorities has depressed the share price of Darktrace, thereby making it more vulnerable to a takeover.

Darktrace shares have undergone massive turbulence since floating last year, initially surging to over £10 before slumping in November 2021 after Peel Hunt released an analyst note claiming the firm was massively overvalued.

US technology investor Thoma Bravo also said last month that it would not make an offer for Darktrace after it failed to agree terms of a deal.

Discussions between the pair were first revealed in August, sparking significant concerns that the London Stock Exchange would lose another technology business to a private equity predator.