Ministers are exploring plans to cut the quarantine time for holidaymakers to just five days by testing them 48 hours before they arrive in the UK, it is claimed.

Transport Secretary Grant Shapps is said to have ‘warmly welcomed’ the proposal which would more than halve the 14-day self-isolation period.

Under plans by industry leaders, tourists and business travellers would undergo a second test five days after landing. If both tests are negative, they could leave quarantine.

This would satisfy experts on the Sage committee of scientific advisers, who say a second test around eight days after the first will pick up the vast majority of cases.

It would also allay Government concerns about the shortage of tests here by putting the onus on other countries to carry out the first tests.

Under plans by industry leaders, tourists and business travellers would undergo a second test five days after landing. If both tests are negative, they could leave quarantine

The proposal is in its early stages and one of a range of options said to be under consideration.

It emerged as Mr Shapps told the Commons he is working ‘night and day’ to explore the possibility of airport testing regime – but warned it could take weeks to finalise.

He told MPs: ‘My officials are working with health experts with the aim of cutting the quarantine period without adding to infection risk or infringing our overall NHS test capacity.’

As quarantine restrictions were imposed on seven Greek islands, Airlines UK, the trade body representing British carriers, warned time is fast running out to save the industry.

They are calling on ministers to commit to testing within the next month to prevent fresh economy misery and further job losses.

And last night Adam Marshall, the head of the British Chambers of Commerce, warned that failure to introduce airport testing would lead to ‘significant job losses’.

Dr Marshall told the Daily Mail: ‘The imposition of blanket quarantine measures have been a hammer blow to the already fragile travel and tourism industries.

‘It also endangers international business and trade links that help drive the growth we need to encourage at a time when we face unprecedented economic challenges.

‘Co-ordinated checks at departure and arrival airports, together with a sophisticated testing system, would alleviate the need for measures that impact arrivals from every country.’

The Chambers of Commerce, which represents 75,000 businesses, has written to Mr Shapps and Business Secretary Alok Sharma to call for a German-style airport testing regime. 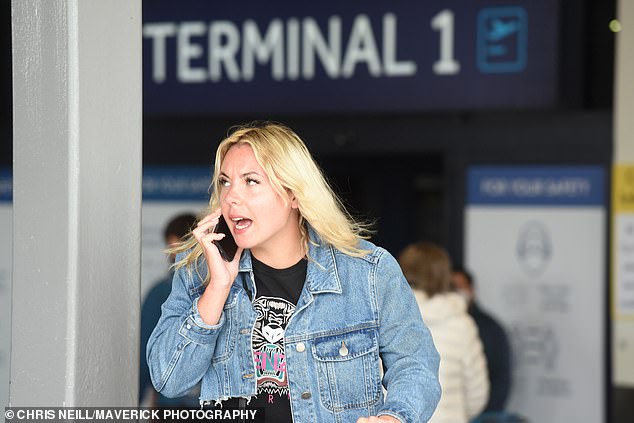 In another boost for the Mail’s campaign to Get Britain Flying Again, Health Secretary Matt Hancock yesterday said he is working with Mr Shapps on an overhaul of the rules.

He told LBC: ‘We are working to try to find a way to allow for the quarantine to be reduced, but done in a way that also keeps people safe.’

Although the Department for Transport has been supportive of airport testing, they have been met with resistance from other government departments worried about the risk of false negative test results.

However, there are signs of growing cabinet unity after Mr Hancock and Foreign Secretary Dominic Raab pledged to review quarantine rules.

Downing Street is also said to have thrown its weight behind the plans.

Mr Shapps told MPs yesterday: ‘We are working actively on the practicalities of using testing to release people from quarantine earlier than 14 days.

‘This could not be a pure test-on-arrival option. But my officials are working with health experts with the aim of cutting the quarantine period without adding to infection risk or infringing overall NHS test capacity.’

Tim Alderslade, chief of Airlines UK, said: ‘The Transport Secretary has intimated that good progress is being made but it’s critical this is signed off by Government and implemented by the end of this month.’

A DfT spokesman said: ‘Work is ongoing with clinicians, the devolved administrations and the travel industry to consider if and how testing could be used in the future to reduce the self-isolation period.’

We cannot live in terror cut off from the world, we must get Britain open again, writes PROFESSOR SIR JOHN BELL

Britain urgently needs to shift its mindset from a terror of the Covid-19 virus to focus on the damage already done to our economy – and the worse that is yet to come.

The spike in infections reported in the past few days was to be expected as life slowly returns to our streets and workplaces.

They are concerning and, yes, we must be prepared for a second wave of Covid-19 while working hard to contain localised outbreaks to prevent it.

We must not, however, let this hamper our efforts to return to normality.

Much of the increase in infections is among the young, who tend to experience moderate or no symptoms. Crucially, we have not yet seen a jump in hospital admissions or deaths.

As summer turns to autumn, cases will continue to rise and clearly, university towns face potential dangers as thousands of new students start the next phase of their education and others resume their studies. 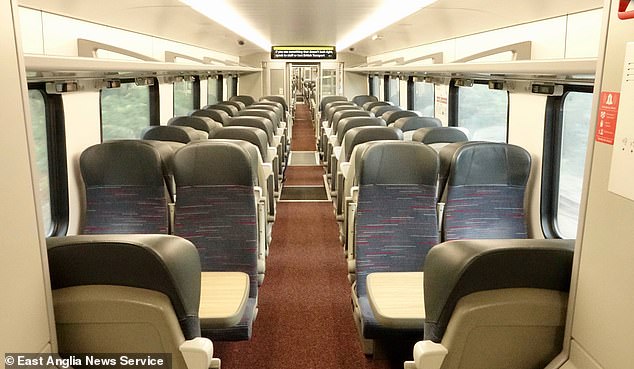 But how good it will be to see them back in the libraries and laboratories – just as it was magnificent to see our children returning to school last week.

Now we need to get more people back on public transport, and into offices, back into coffee shops and sandwich bars and shopping malls.

We need to claim back our old lives – lives in which we took for granted trips to the cinema, to the theatre and to concert halls.

And, of course, we need to get our hospitals back firing on all cylinders, detecting and treating the cancers and cardiac diseases that did not go away just because Covid-19 was dominating the news.

Tens of thousands of people have missed out on tests and treatments and we must remedy that as best we can.

This is why I unambiguously support the Daily Mail’s campaign to get Britain’s economy rolling – and especially to get airports open again.

And, as the Mail reports today, at last the Government seems to be listening, with plans to slash existing quarantine rules and begin the introduction of a two-test system. That is only right. We cannot thrive, we cannot live our lives in any decent enriching way, if we remain cut off from the world.

Of course, international travel brings increased risk of infection. The Office for National Statistics shows the risk of disease in those who travel is about three times that of those who don’t (0.17 per cent vs 0.05 per cent).

So we must be vigilant as we think our way through to practical solutions.

Airport testing provides a screen to identify infected people on arrival, with a second test five days later for those who initially test negative.

Beyond testing at airports, there are grounds for further optimism on population testing and our progress in developing a vaccine – both of which are crucial in enabling us to live and prosper with this virus.

Britain has one of the largest testing capacities per capita, but we still need significantly more for two distinct purposes.

First, it is crucial that we are able to diagnose Covid-19 accurately in potentially sick patients, health workers, those in care homes and other vulnerable populations.

For this, the highly sensitive PCR test is the gold standard. The Government’s SAGE committee suggests that using this form of testing on 10 per cent of the population at highest risk could reduce the R number – the reproduction rate of the virus which needs to be below 1 – by a startling 0.4.

More broadly, how do we best give people the confidence to go to work, to the cinema, go shopping, travel abroad or attend school and university?

We will need tests that are easier to use but less sensitive, and designed to measure whether or not an individual carries a high viral load and is therefore likely to spread the disease to others.

In my work I move between lecture halls, laboratories, and to Whitehall and Westminster. I have never shown any Covid-19 symptoms, but because of the nature of my work, I am tested three times a week. Regular testing needs to become the norm for most of the population – and I have no doubt it will.

Swabbing of the nose and back of the throat is uncomfortable, but these types of Covid-19 tests will soon be a thing of the past. We hope that new consumer tests now being developed, known as Lateral Flow and LAMP tests, can be done at home and give results in minutes – as quick and easy to use as pregnancy tests and, once licensed, available from pharmacies or on Amazon for a few pounds.

These tests are not entirely fool-proof, but they should be good enough to spot potential super-spreaders.

We cannot achieve absolute perfection and safety with any test regime, but regular testing will make managing the infection rate much easier – and restore confidence.

There is also good news on vaccine development. There are now 10,000 people in the UK who have had one or two double doses of a vaccine under development in Oxford, and a further 8,000 are being vaccinated in Brazil, a country which has one of the highest rates of infection.

The outlook is promising, and I believe the trial will be satisfactorily concluded in the next few months.

If the results are positive, there will be a supply of the vaccine available to start treating vulnerable groups once regulatory approval occurs. Indeed, it is quite possible we will get the green light for manufacture within six weeks.

This would be the ultimate game changer. But it will take time to vaccinate larger populations, whole cities for example, so we need flexible testing in place too.

Nor should we forget how much more we now know about Covid-19 and how to treat it. In the early days we over-treated patients, and put too many of them on oxygen and ventilators.

A discovery by the Oxford team that the cheap, widely available steroid, dexamethasone, reduces Covid mortality rates by 30 per cent was a huge advance, and will end up saving an estimated 1.3 million lives worldwide.

We have to remove or reduce fear of the virus so we can focus on the other essential parts of our recovery from the pandemic.

Above all, we must avoid another national lockdown and get the economy back on track and fast.

After all, how else will we pay for the NHS, and for the university and hospital laboratories where the scientific fightback against Covid is being waged?