Richards, who completed a $13million move to Palace from Bayern Munich back in the summer, had only made five appearances for the English club prior to their clash with United with his three Premier League outings all coming as a substitute.

But that changed on Wednesday after the USA center-back was handed his first start against Manchester United, England’s most decorated club. 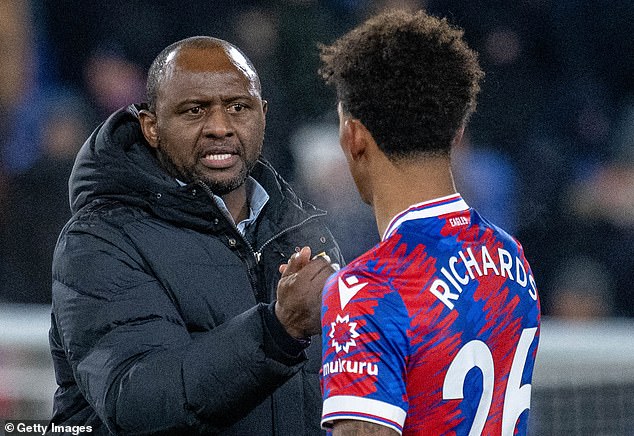 The defender impressed on his top-flight debut, particularly with a superb tackle on Antony in the first half.

And, his efforts were rewarded by the manager following the game as Vieira hailed Richards’ defensive talent but conceded the American needed more minutes to grow his confidence.

‘He was really good. I think defensively he was really strong,’ said the Eagles head coach.

‘Of course, you can see that he needs to play more games to build his confidence, but when he needed to defend, he did it really well. 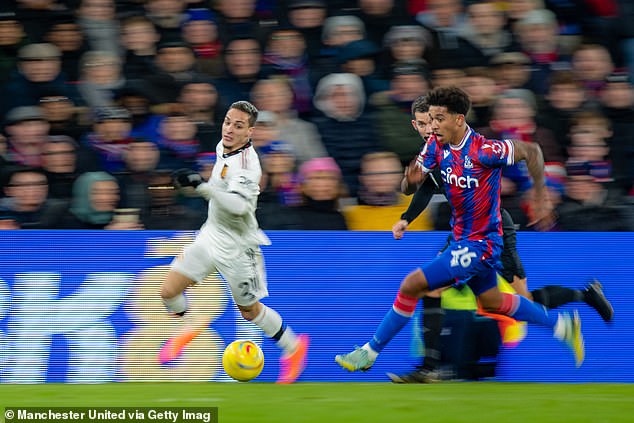 The defender impressed on his top-flight debut, particularly with a superb tackle on Antony (L)

‘We bought Chris knowing his strength and quality. He’s been really unlucky with a couple of injuries which didn’t allow him to train or play games.

‘Now he’s fully fit, we know he’s a good defender, and he can play when we want to build from the back, so we just need to build his confidence now – but the quality is there.’

Palace salvaged a last-gasp draw on the night thanks to Michael Olise’s sensational stoppage-time free-kick, having fallen a goal behind two minutes before the interval when Bruno Fernandes opened the scoring.

Richards was brought into Palace’s backline after first-choice defender Joachim Andersen damaged his calf in Sunday’s 1-0 defeat away at Chelsea. 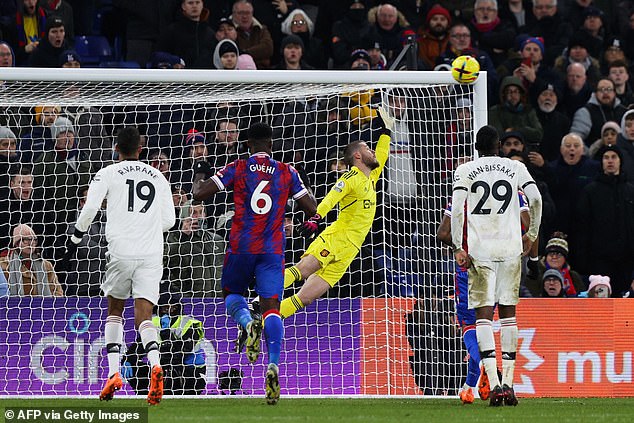 Andersen, who has featured in 17 of Palace’s 18 league matches this season, is expected to spend three weeks on the sidelines with the injury.

In his absence, Richards slotted in alongside Guehi at center-back and the former FC Dallas star certainly boosted his chances of making the spot his own.

Richards will hope to get another call up to the starting XI on Saturday when Palace host fourth-place Newcastle.