Japanese Emperor Naruhito’s younger brother, Crown Prince Fumihito, was formally sworn in as first in line to the Chrysanthemum Throne in a traditional palace ritual on Sunday – after the ceremony was postponed for seven months and scaled down due to the coronavirus pandemic.

The event for the 54-year-old crown prince, who is better known as Prince Akishino, concludes a series of imperial succession rituals that began in May last year when Naruhito ascended to the throne after their 86-year-old father Akihito abdicated.

Inside the palace’s most prestigious Pine Room, Naruhito, 60, declared that his younger brother is now officially the crown prince who is first in line to succeed the throne of the world’s oldest monarchy.

‘I hereby declare in and outside of the country that prince Fumihito is now the crown prince,’ said Naruhito, as he donned a reddish brown robe and a headdress.

Crown Prince Fumihito (pictured), who is better known as Prince Akishino, was sworn in as first in line to Chrysanthemum Throne in a traditional ceremony at the Imperial Palace in Tokyo 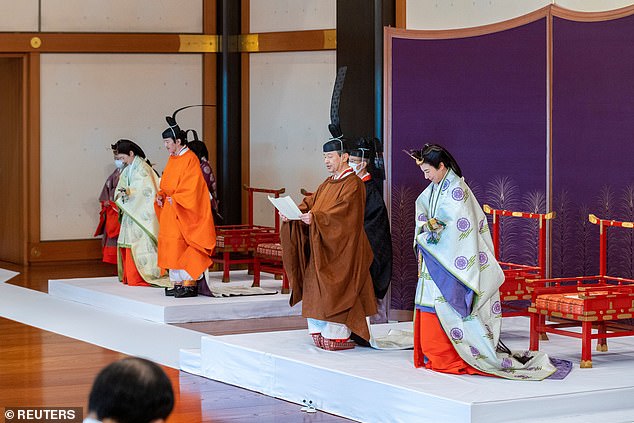 He pledged in response: ‘I deeply acknowledge my responsibilities as crown prince and carry out my duties.’

The approximately 15-minute long ceremony, initially scheduled for April 19, was postponed after Japan’s government issued a state of emergency earlier that month due to the pandemic.

Sunday’s ritual was scaled down from the original 350 to about 50 attendants -including Prime Minister Yoshihide Suga and other top government officials, as well as prefectural representatives and select foreign dignitaries.

Palace banquets and other events including public signing of congratulatory messages have been cancelled as part of anti-virus measures. 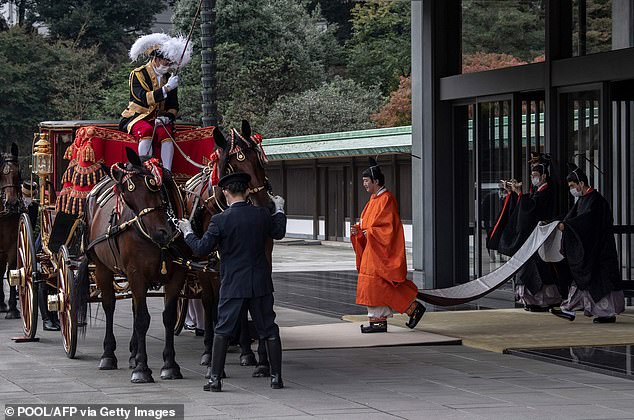 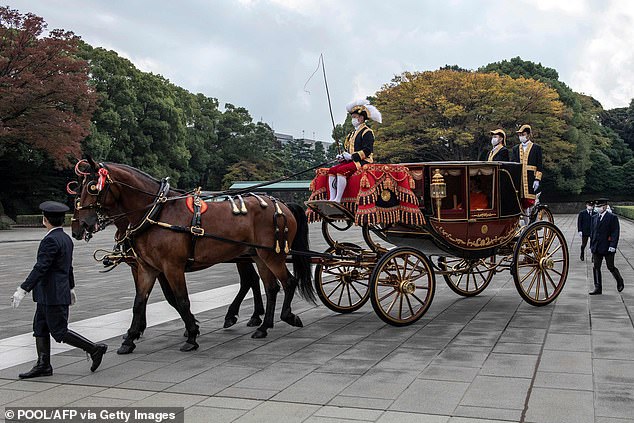 The traditional ceremony was previously postponed due to the coronavirus pandemic. Pictured: Crown Prince Fumihito leaving the Imperial Palace in a horse drawn carriage

Sunday’s proclamation for the crown prince paves the way for the government to start discussing what to do with the dire shortage of heirs.

Naruhito’s succession left only two younger men in line for the throne – Crown Prince Fumihito and his 14-year-old son, Hisahito.

Naruhito’s 18-year-old daughter, Aiko, and the crown prince’s two daughters Mako and Kako are not in line because they are women.

Japan’s Imperial House Law, largely based on pre-war constitution, does not allow a female emperor and bars women when they marry commoners.

The government in 2005 considered the possibility of female emperors, but the discussion halted as soon as Hisahito was born the following year. Surveys have shown that most Japanese support having female emperors, as Aiko has become increasingly popular. 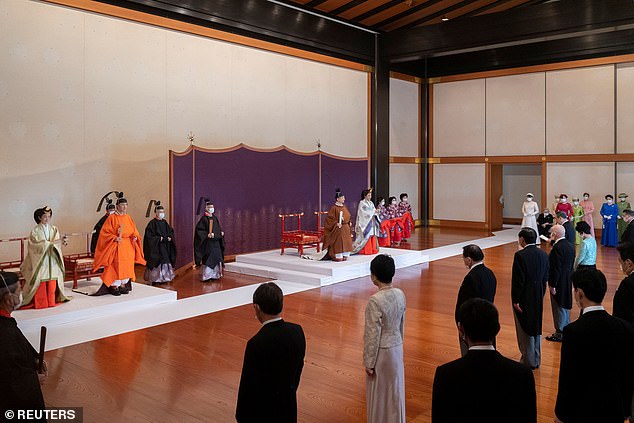 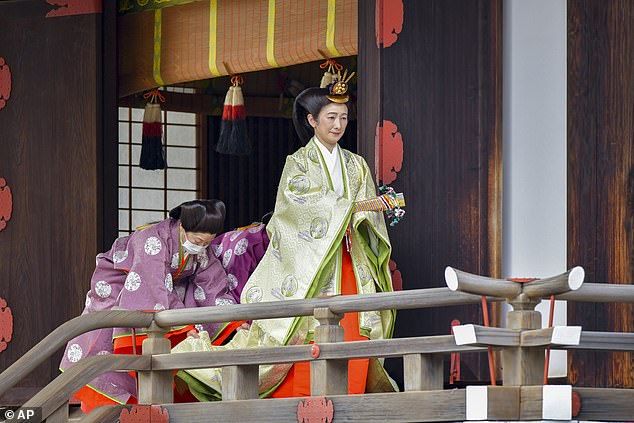 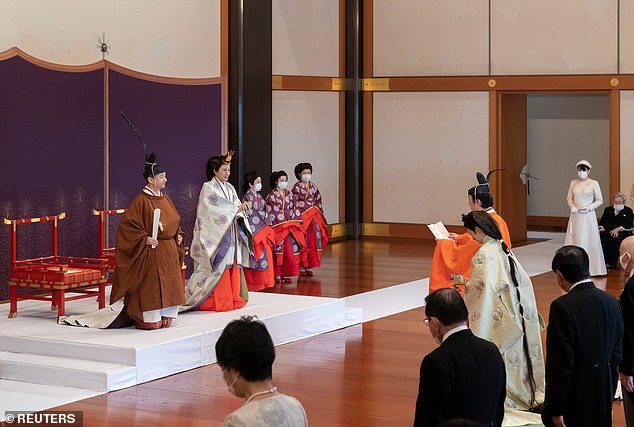 Government discussions about the possibility of a female emperor halted after the birth of Hisahito. Pictured: Crown Prince Fumihito and his family 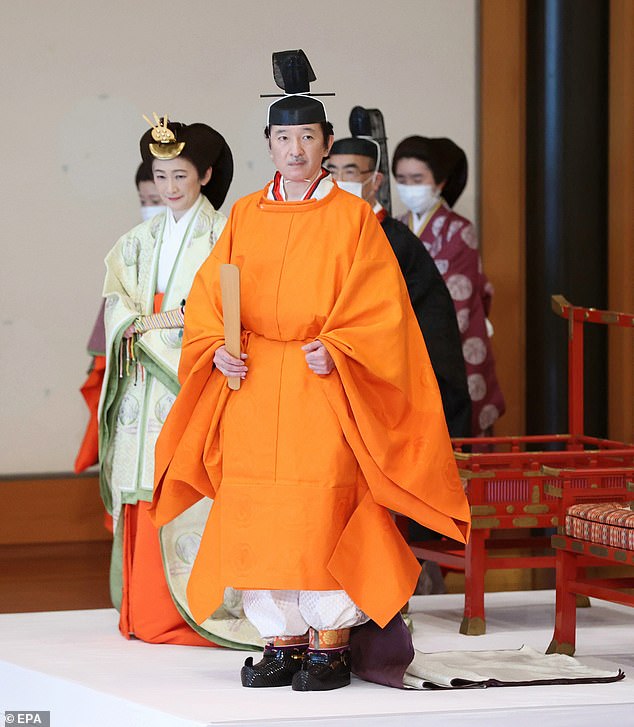 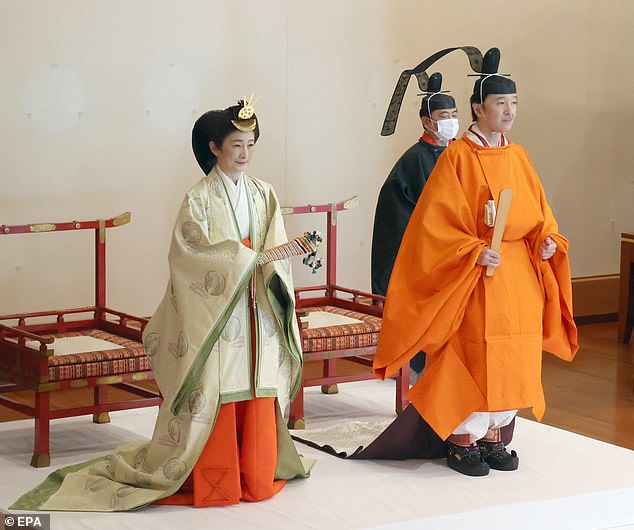 Suga recently said his government will begin studying ways to secure a stable imperial succession after the crown prince’s proclamation.

Official duties increased during the reign of hugely popular former emperor Akihito, who actively interacted with the public, including visiting disaster-hit areas to console residents.

Crown Prince Fumihito, who is one of the outspoken members of the imperial family, has expressed his views on how the family should adapt to modern times.

He has said he believed royal duties can be shared equally regardless of gender, though he declined to comment on whether female emperors should be allowed.

The imperial family currently has 13 women, including six who could marry and lose their royal status in coming years. 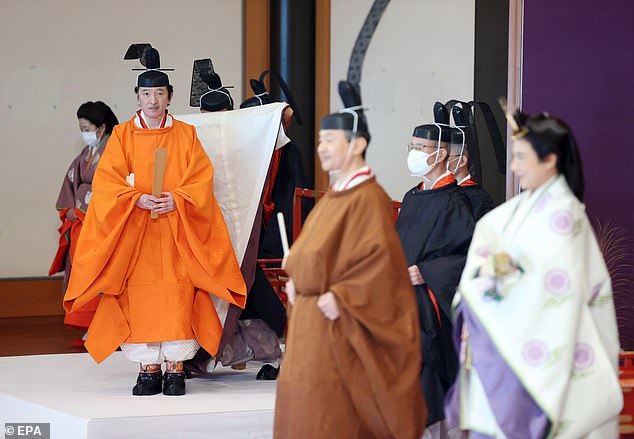 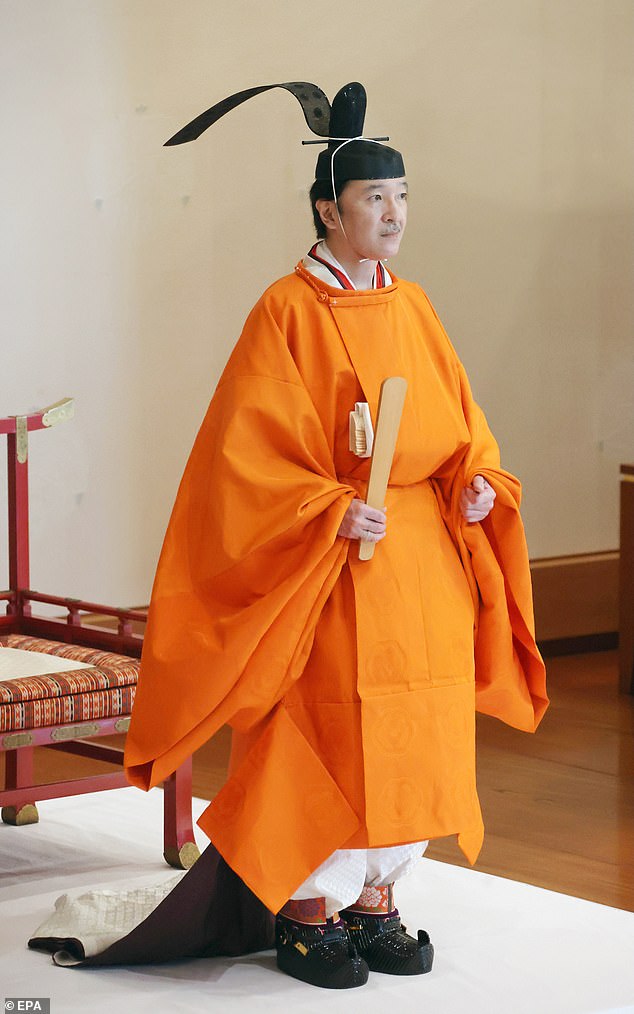 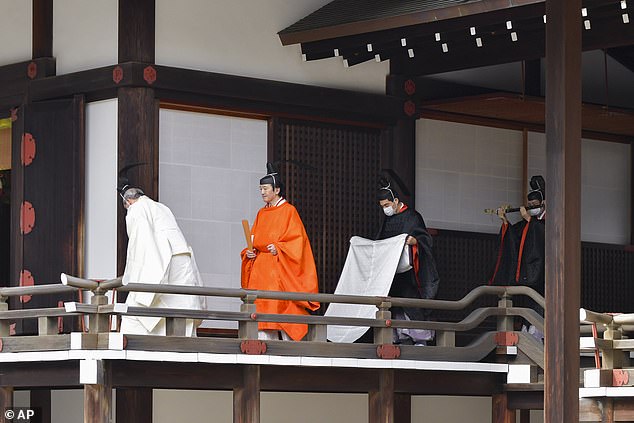 Crown Prince Fumihito (pictured) who is one of the outspoken members of the imperial family, has voiced a need for the monarchy to adapt to modern times 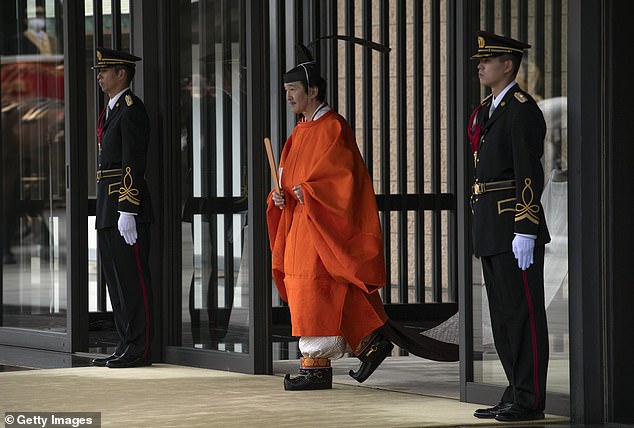 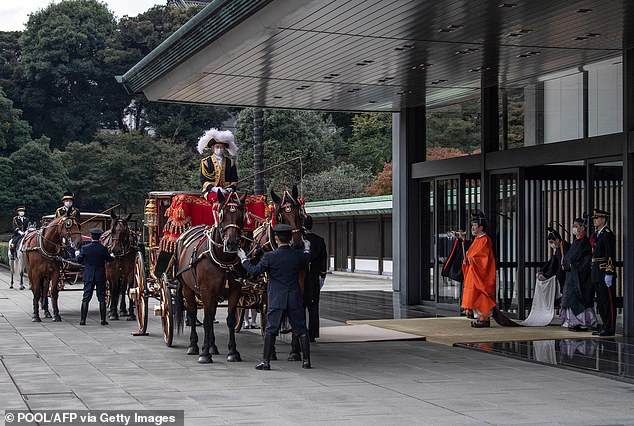 Six of the 13 women in the royal family could marry and lose their status in the coming years. Pictured: Crown Prince Fumihito