Cronulla prop Toby Rudolf has declared that while he’s heterosexual, he is ‘open to both genders but only attracted to one of them’ as he opened up about his same-sex experiences after Manly’s pride jersey fiasco.

The Sharks star – who fully supports the NRL holding its first pride round next year – was raised by ‘quite a few gay and lesbian community members’, including his gay uncle and godmother.

‘I’m not a one-stop shop. Love is love, and I love to share it with everyone. You could say I’m open to both genders but only attracted to one of them.’

Cronulla forward Toby Rudolf has revealed his close ties to the LGBTQI community and declared that while he’s heterosexual, he has ‘kissed many gay men’ 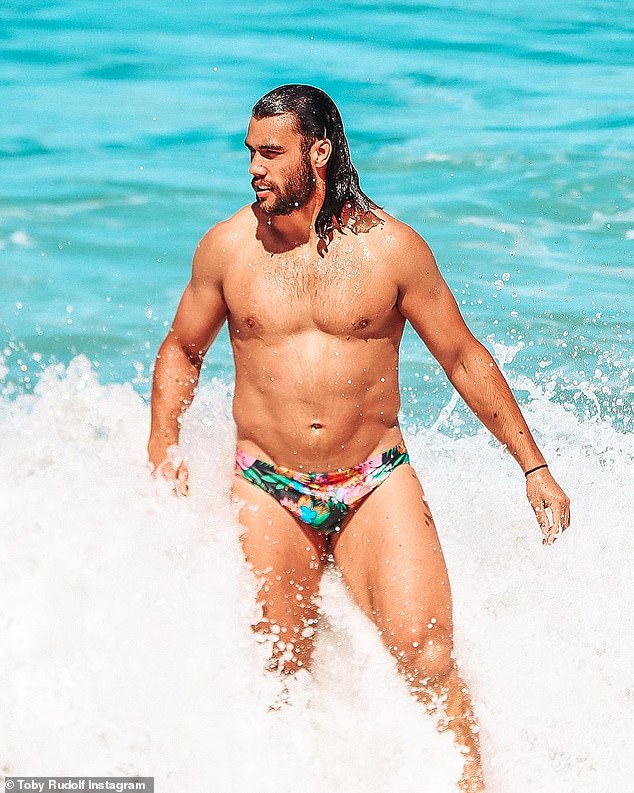 The 26-year-old said he hasn’t been ‘caught up’ in the pride jersey saga at Manly, which saw the team take the field against the Roosters last night without seven stars who boycotted the match over the strip.

Josh Aloiai, Jason Saab, Josh Schuster, Haumole Olakau’atu, Tolutau Koula, Christian Tuipulotu and Toafofoa Sipley have cited cultural and religious reasons for their refusal to wear the jersey, in a move that has divided opinion across Australia.

However, Manly owner and chairman Scott Penn met with the seven players on Thursday and said they are open to wearing the rainbow jersey when the club dons it again next year.

Australian Rugby League Commission boss Peter V’landys said the NRL could hold a pride round in 2023 and Rudolf has backed the idea, which he believes would be popular.

He made headlines in 2021 when he said he would celebrate a Sharks win by having ‘1,000 beers’ and go to a local nightclub to ‘try and pull something – anything will do’.

That led to NRL CEO Andrew Abdo lashing out at the front-rower.

‘I was very disappointed with Toby’s comments. They were inappropriate and should not have been said,’ he declared, adding that the NRL would give Rudolf an official warning and he would be counselled by Cronulla.

Now the Sharks star has explained that the comments should have been taken to mean he was referring to either gender. 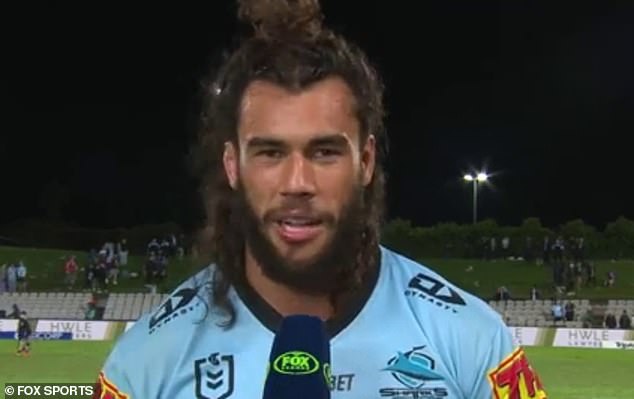 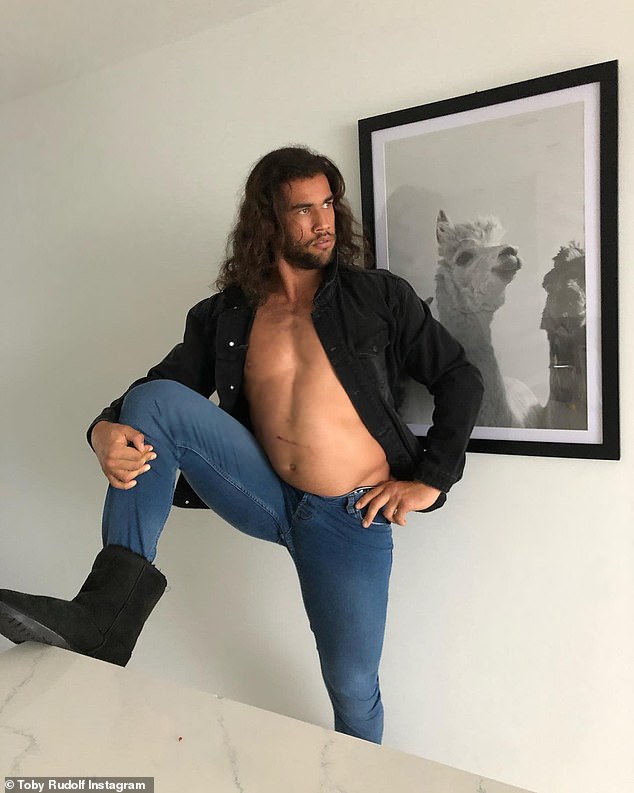 He has now pointed out that he ‘never said “women”‘ during the interview, explaining that his comments should’ve been taken to mean he was referring to either gender

‘At the time of that interview I never said “women”,’ he pointed out.

Manly icon Ian Roberts, who was the first rugby league star to come out as gay, said the seven players’ refusal to wear the rainbow strip ‘breaks my heart’.

‘It’s sad and uncomfortable. As an older gay man, this isn’t unfamiliar. I did wonder whether there would be any religious push back. That’s why I think the NRL have never had a Pride round.

‘I can promise you every young kid on the northern beaches who is dealing with their sexuality would have heard about this.’

The former Sea Eagles, NSW and Kangaroos hard man also said the personal beliefs of Christian players and members of the LGBTQI+ community need to be mutually respected.