Cristiano Ronaldo’s mother Dolores Aveiro has claimed that her grandson is ‘better than his father was at his age’ because he has the Manchester United superstar for a teacher.

Aveiro has almighty expectations for Cristiano ‘Cristianinho’ Ronaldo Jr to reach the same heights his father has and is desperate for the 11-year-old to play for Sporting Lisbon in the future.

With 678 club goals to his name, five Ballon d’Ors and countless trophies at club and international level, Ronaldo has achieved and won everything there is to in football, becoming arguably the greatest to have ever played the game. 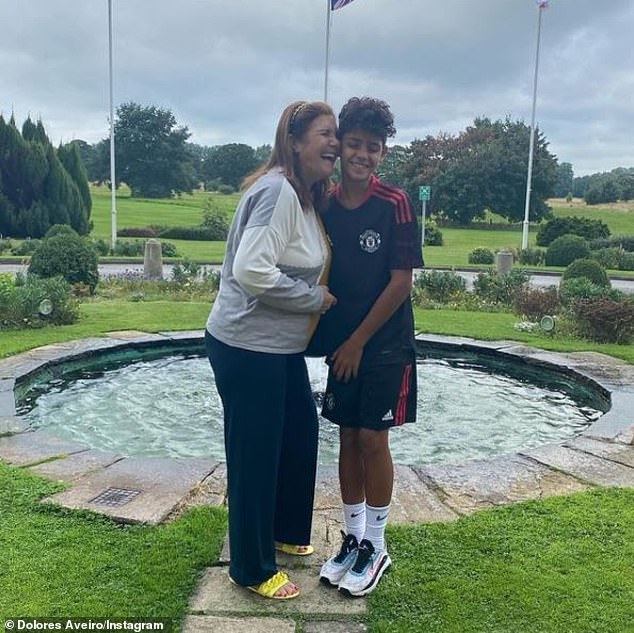 And Aveiro is expecting her grandson to follow in her son’s gigantic footsteps while also hoping he will fulfil her dream of seeing her family represent Sporting once more in her lifetime.

‘Ronaldo has to come back here [to Sporting], for me he’d be here,’ Aveiro said on the ADN de Leao podcast. ‘He likes to watch Sporting’s games. I’ve already told him: “Son, before I die I want to see you return to Sporting”.

‘”Let’s see…”, he said, but if it isn’t [him], it’s Cristianinho! At his age, he plays better than Ronaldo. At the time, Ronaldo didn’t have a coach, but today Ronaldo is his son’s teacher.’

Cristianinho is Ronaldo’s oldest son has been training with his father at Manchester United after spending two years at Juventus’ academy.

While at the Turin club, Cristiano Ronaldo Jr put up some impressive numbers for the Under 9s team, scoring 56 goals in 35 games, while providing 26 assists last year.

It’s promising to see that the youngster has picked up his father’s ability for scoring goals, with there plenty of expectation resting on the young lad’s shoulders.

In the past, Ronaldo has taken a more reserved approach to his son’s future, saying he will support anything he wants to do, before the Portuguese forward admitted he would love to see him become a footballer. 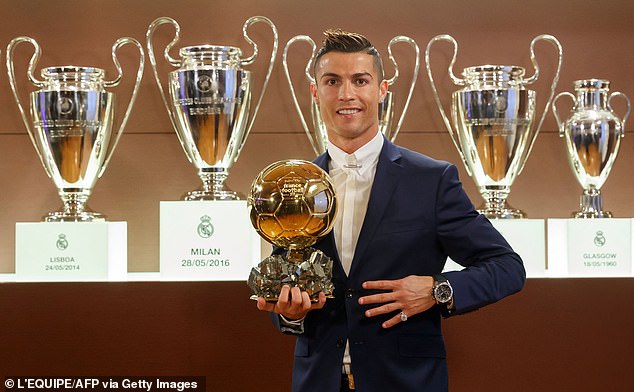 ‘I would love for him to be a footballer, because he feels passion for this sport,’ Ronaldo told DAZN. ‘He is a competitor and he hates losing.’

Until this season, Ronaldo has won five Champions Leagues, three Premier League titles as well as the Serie A and LaLiga titles.

He has also won the European Championship and UEFA Nations League with Portugal.