Cristiano Ronaldo has insisted he is happy to have moved to South Africa – at his official unveiling with Saudi Arabian club Al-Nassr.

The 37-year-old forward’s Manchester United contract was terminated in November in a bitter exit after a bombshell interview with Piers Morgan criticising the club.

Ronaldo has now signed for the Middle Eastern side on a bumper £175million-a-year deal – but made a bizarre faux pas describing a move to South Africa at his first Al-Nassr press conference.

Cristiano Ronaldo (pictured) has bizarrely said he is glad to have moved to South Africa – at his official unveiling at Saudi Arabian side Al-Nassr, where he has signed a £175m-per-year deal 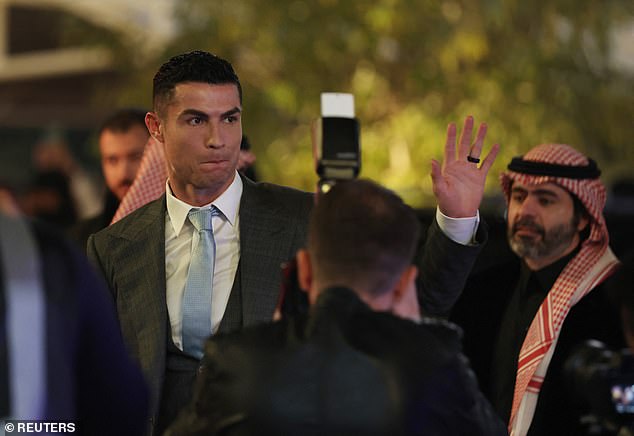 Ronaldo was officially announced as an Al-Nassr player on Friday evening, with his mega-money contract – which runs until 2025 – making him the highest-paid player in world football.

Video footage released on social media shows Ronaldo saying: ‘The football is different, so for me it’s not the end of my career to come to South Africa. This is why I want to change, and to be honest I’m really not worried about what people say.’

Speaking to the assembled media, the superstar claimed he had ‘many opportunities’ to join European and South American clubs before signing the mega-money deal.

Earlier on Tuesday, confirmed he completed his medical ahead of the unveiling. The Portuguese posted an image on his Instagram story to announce the news with the caption: ‘Medical done!’

The picture shows Ronaldo hooked up to a number of wires after being put through his paces on a treadmill in the Al-Nassr medical centre.  Ronaldo was officially announced as an Al-Nassr player on Friday evening, with his deal – which runs until 2025 – making him the highest-paid player in world football. 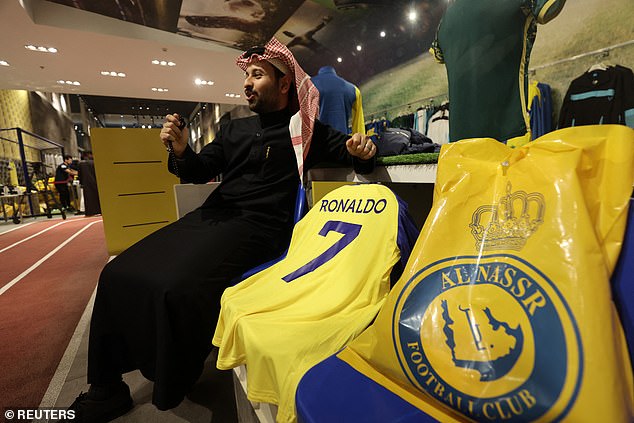 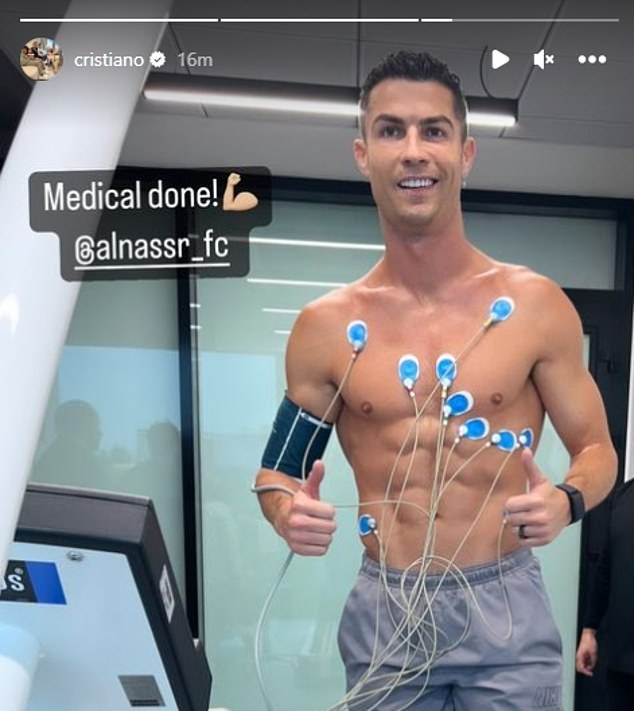 He travelled to Saudi Arabia on Monday, posting a short video on Instagram where he told fans ‘see you soon’ as he prepared to take off. Ronaldo touched down on Monday night and Al-Nassr have now posted footage of his arrival with his family.

The video shows Ronaldo and his partner Georgina Rodriguez being greeted by two young fans, who hand the pair a bunch of flowers each. Another fan then gives more flowers to Ronaldo’s travelling party.

All of the youngsters are wearing No 7 shirts with Ronaldo on the back, the jersey the 37-year-old has made his own over the years. Ronaldo certainly appeared to enjoy the welcome as he posed for pictures with the children.

The clip ends with Ronaldo waving out the car window at fans as he is driven away from the airport. 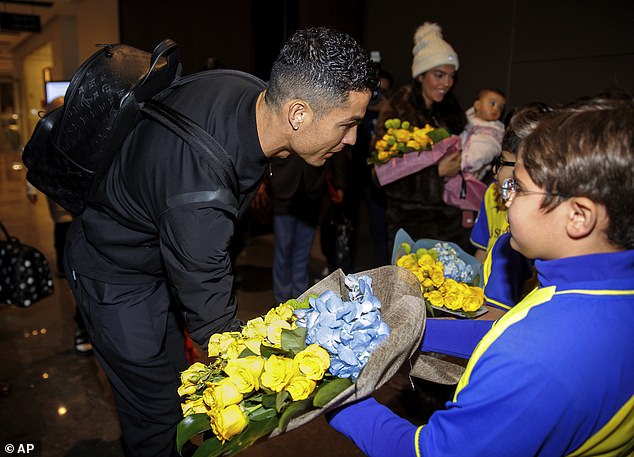 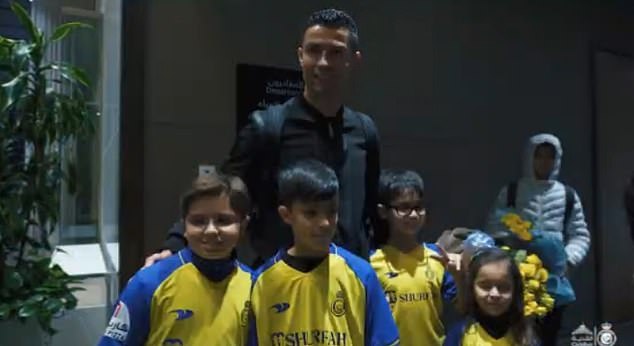 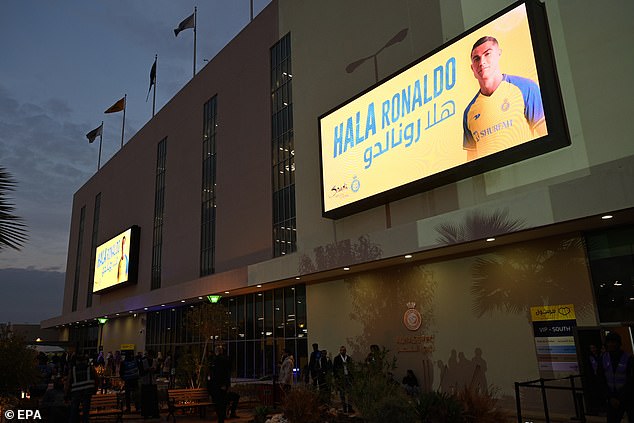 On Tuesday, after his medical and opening press conference, Ronaldo is set to meet Al-Nassr supporters at the club’s home ground, Mrsool Park, which will be packed for his unveiling

Ronaldo is set for a busy day on Tuesday after completing his medical as he meets Al-Nassr supporters at the club’s home ground, Mrsool Park.

The stadium has a capacity of 30,000 and is expected to be packed for his unveiling.

Al-Nassr fans may not have to wait too long to see their new signing in action either, as Ronaldo could make his debut on Thursday against Al Ta’ee if he is deemed to be fit enough to play.

It could be a tight call for manager Rudi Garcia, though, given Ronaldo’s lack of game time in recent weeks. The former Manchester United forward has not played since Portugal were knocked out of the World Cup by Morocco on December 10.