REVEALED: Manchester United players want Cristiano Ronaldo gone BEFORE the end of the World Cup after he turned on team-mates and burned his bridges with criticism of Erik ten Hag and the club

Cristiano Ronaldo has burnt his bridges with the rest of the Manchester United players after he criticised the club and manager Erik ten Hag in an explosive interview.

The feeling among the squad is that it would be better if United find a way of offloading Ronaldo while he is at the World Cup and the 37-year-old Portugal star does not return to Old Trafford.

The mood will not have improved after the first instalment of Ronaldo’s sit-down with Piers Morgan aired on Wednesday night in which he criticised the attitude of United’s young players and said that only his Portugal teammate Diogo Dalot is destined for a long career at the top. 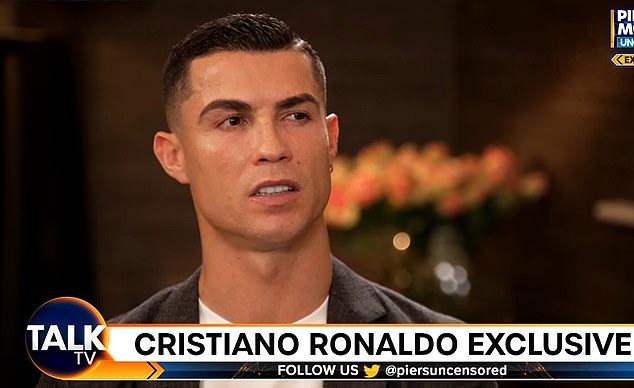 ‘Their hunger [is different]. I think they have things more easily, everything’s easy, they don’t suffer – and they don’t care,’ said Ronaldo.

‘If you tell me what I see in Manchester United, I can mention probably Diogo Dalot. He’s young but he’s very professional and I have no doubts that he’s going to have longevity in football.

‘We have a few ones more – probably (Lisandro) Martinez – but like Dalot it’s difficult to say.’

Ronaldo confirmed that he was ‘close’ to joining Manchester City before United brought him back last year, questioned the club’s decision to sack Ole Gunnar Solskjaer, and was scathing about the ideas of the Norwegian’s replacement, interim manager Ralf Rangnick. 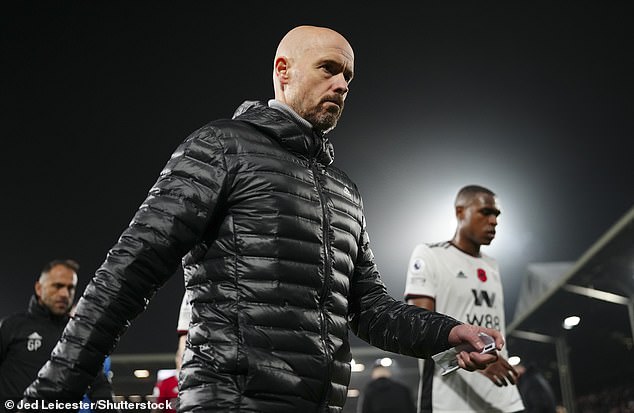 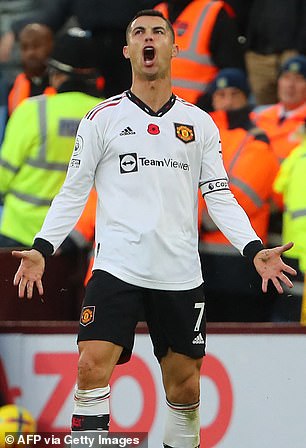 ‘The new coaches coming around, they think they have found the last Coca Cola in the desert,’ he added.

Ronaldo’s outspoken views on Ten Hag will air in part two of the interview on Thursday night, but his team-mates believe he has betrayed Ten Hag and the club, not the other way around as he claims.

Raphael Varane was the first United player to speak about Ronaldo on Wednesday, saying: ‘Obviously it affects us. We follow what is happening. We try to calm the situation in our own way and not to get too involved.

‘When it’s a star like Cristiano, even more so we try to take it with distance, that is to say that we do not try to change the situation alone, we are part of a collective.

‘What I want is the best for my team so whatever the decision the club reach we will accept it.’

Ronaldo, who missed United’s last two games through illness, was absent from Portugal’s training session in Lisbon on Wednesday due to a stomach bug and is a doubt for Thursday’s final World Cup warm-up game against Nigeria.