Cristiano Ronaldo invests in ‘£15,000’ hyperbaric oxygen therapy machine for his Cheshire pile in a bid to maintain his outstanding fitness

Cristiano Ronaldo has invested in a special oxygen chamber in a bid to maintain his outstanding fitness on the football pitch.

The Manchester United player, 36, bought the high-tech hyperbaric oxygen therapy machine, which sells at around £15,000, for the home he shares with Georgina Rodriguez in Cheshire’s posh Alderley Edge.

The device will help him breathe pure oxygen into his blood plasma in a bid to repair damaged tissue,

Fighting fit: Cristiano Ronaldo, 36, has invested in a special oxygen chamber in a bid to maintain his outstanding fitness on the football pitch

A source told The Sun: ‘Everyone knows Cristiano is a fitness fanatic and totally dedicated to being in the best shape he can be.

‘He’s used oxygen chambers before in his career but they are not as easy to find in the UK so he decided to buy one and have it installed at his house.

‘It means if he ever feels a twinge he can go and use it and get the benefits. 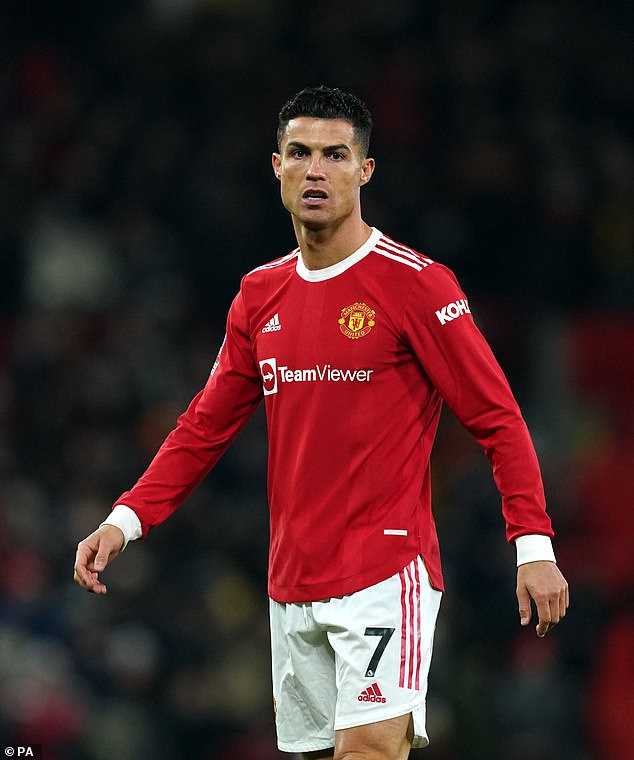 ‘These are the reasons why he misses so few games due to injury.’

The sportsman used one back in 2016 while on holiday on the Spanish island of Ibiza after suffering a knee injury in the Euro final.

Cristiano, who returned to Old Trafford as a forward last summer, also splashed £50,000 on an ice chamber for his home last year. 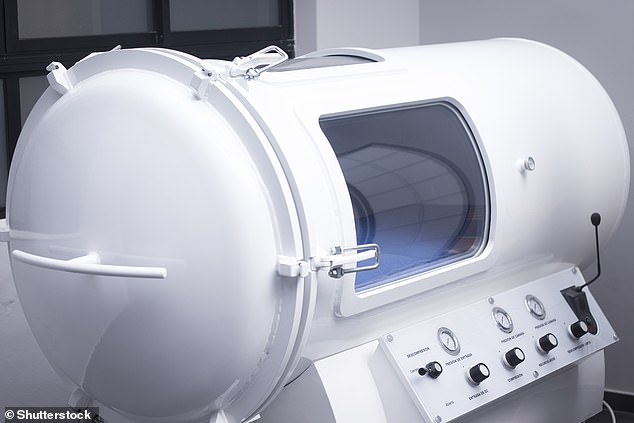 Splashing the cash: Cristiano invested in the equipment, which retails at about £15,000, in a bid to keep in top shape

Last month, Cristiano and his partner Georgina shared with fans that they are expecting a boy and a girl together with a sweet gender reveal.

The couple will welcome twins next year and made their announcement on social media with a heart-warming video.

The footballer is already father to Cristiano Jr., 11, whose mother has not been publicly revealed, twins Eva and Mateo, four, who he had via surrogacy, and Alana, also four, who he shares with Georgina. 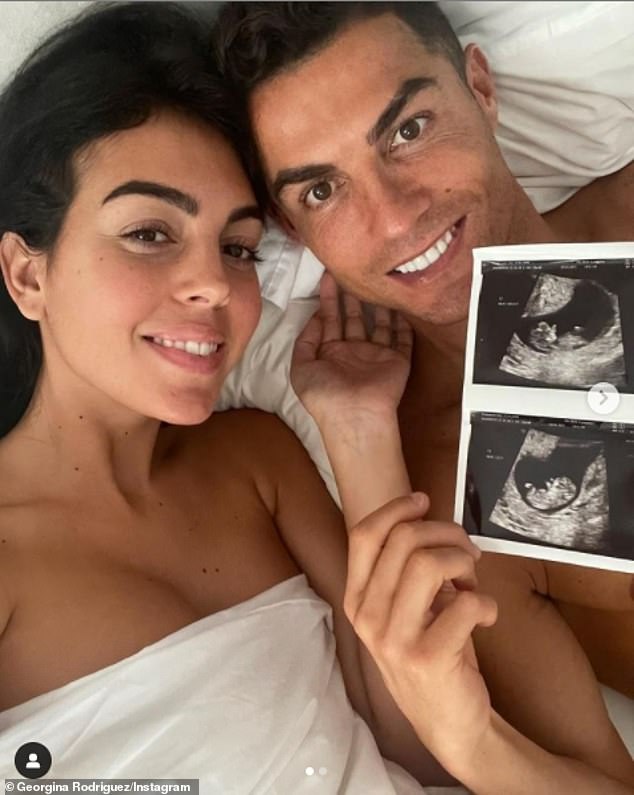 Baby joy: Christmas came early for Cristiano and his partner Georgina Rodriguez last month when they revealed they were expecting a boy and a girl with a sweet gender reveal

Cristiano and Georgina encouraged the four children to pop balloons, which filled the room with pink and blue confetti.

The two boys shouted: ‘It’s a boy’ and the two girls: ‘It’s a girl’ after Georgina gave a 1-2-3 countdown and then cheered and laughed as they revealed the sexes of the unborn children.

Cristiano wrote along the footage which the couple posted at exactly the same time: ‘Where life begins and love never ends’ followed by heart emojis. 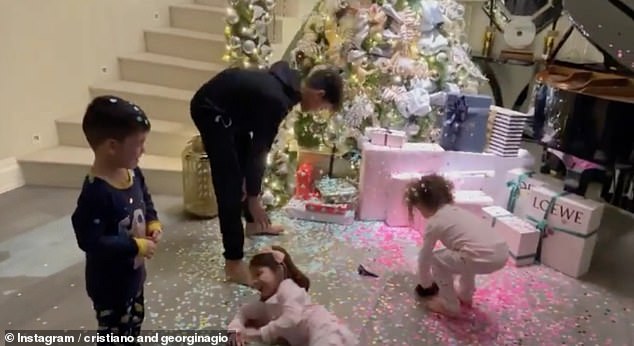 Congratulations: The couple will welcome twins next year and made their announcement on social media with a heart-warming video

Here we go: They encouraged their four children to pop balloons, which filled the room with pink and blue confetti

The video featured their three-year-old daughter Alana Martina and the footballer’s daughter Eva, also three, in pink pyjamas to go with the pink confetti in the balloon they burst.

Eva’s twin Matteo and Cristiano’s eldest son Cristiano Jr, nicknamed Cristianinho, were in darker outfits to match the blue confetti that appeared when they burst theirs.

Georgina exclaimed: ‘Ole! How lovely!’ as she struggled to contain her emotions while the four kids played after revealing the exciting news. 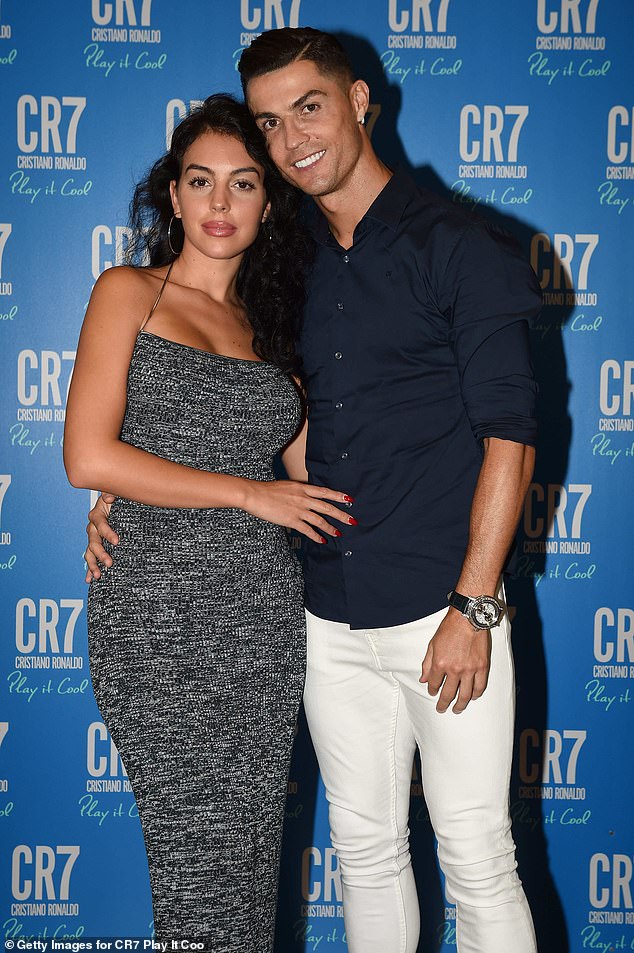 Inseparable: Georgina met and started dating Cristiano in June 2016 after he walked into the Madrid clothes boutique where she was earning £10 an hour