Cristiano Ronaldo endured a frustrating night in Portugal’s 0-0 draw in the Republic of Ireland as he was shackled by defenders preventing him from adding to his world record of 115 international goals.

But it wasn’t just Irish defenders making a beeline for the Manchester United star, with fans also desperate to come face-to-face with the football icon in Dublin.

One young fan breached security at the final whistle as she made her way onto the pitch to greet the 36-year-old, holding back the tears as she edged closer him. 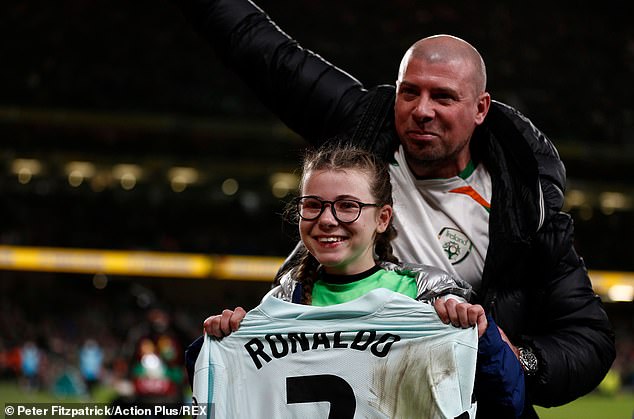 Although security soon caught up with her, Ronaldo appeared relaxed enough to allow the security to let her through, also aided by nearby Ireland players.

The young fan then looked delighted as Ronaldo took off his match shirt to give to her as a souvenir, before then also giving her a comfort hug before he then departed the pitch and down the tunnel.

But it wasn’t the first time Ronaldo was faced with a fan during the dour draw at the Aviva Stadium, as he was forced to take defensive action when an older supporter charged the field. 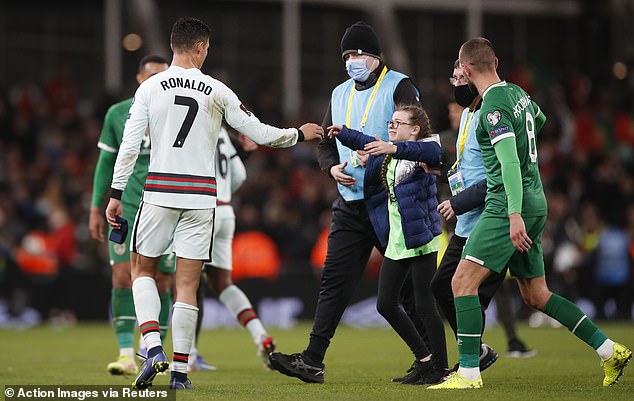 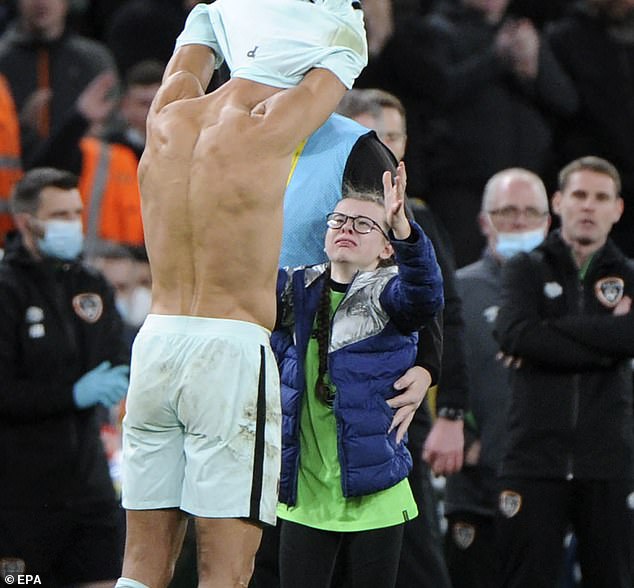 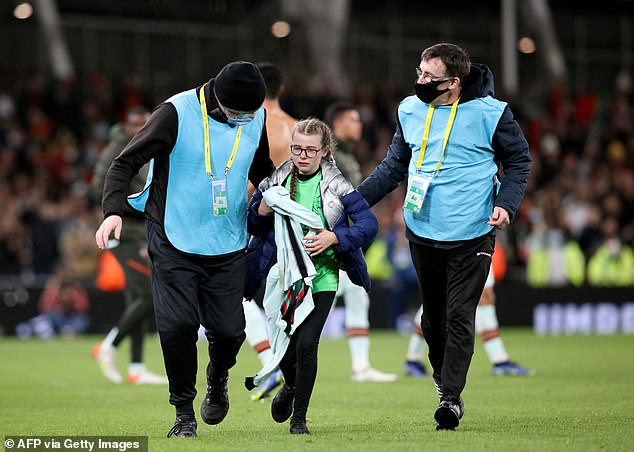 Security again caught up with the supporter, who despite being held back still managed to get a distant hand-shake off the forward.

Ronaldo endured a disappointing night on the pitch, missing a few chances including the best of the game to seal Portugal a win.

Late in the second half he failed rare space from fan defenders and fans to make headed contact with an Andre Gomes cross, only to glance his effort narrowly wide across goal.

The United star then had another chance with the final attack of the match in stoppage time, looking to score from an acute angle instead of passing the ball back for team-mate Joao Felix to convert.

Despite failing to win in Dublin, the draw was enough to take Portugal back on top of Group A on goal difference ahead of Serbia, who they will host in Lisbon on Sunday needing only a draw to secure qualification for next winter’s World Cup finals in Qatar.