League of his own! Cristiano Ronaldo becomes the first person ever to reach 500 MILLION followers on Instagram… with Piers Morgan leading the plaudits for the Portuguese star – who is 124million clear of nearest rival Lionel Messi

Cristiano Ronaldo has broken yet another record, as he has become the first person ever to reach 500million followers on Instagram.

The wantaway Manchester United star made headlines last week with his two-part bombshell interview with Piers Morgan on TalkTV.

He didn’t hold back as he took took aim at the club’s owners, manager Erik ten Hag, and club legends Wayne Rooney and Gary Neville.

Cristiano Ronaldo becomes the first person ever to reach 500million followers on Instagram. 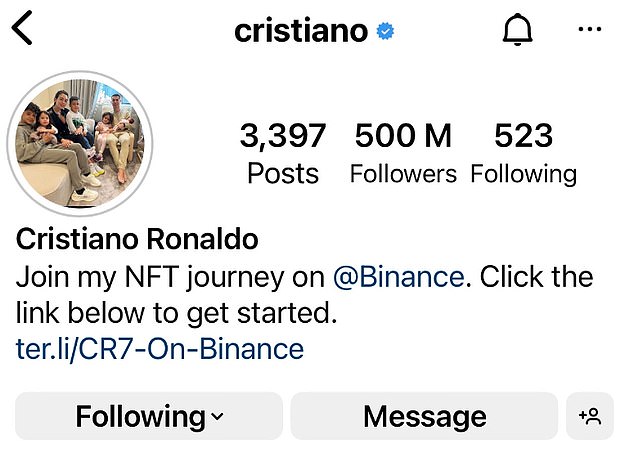 Despite receiving heavy criticism because of his interview, he has still managed to gain more followers, reaching 500m.

His long-time rival Messi remains the second-most followed person in the world with 376m.

The two iconic footballers are the only athletes in the top 10 of the most followed people on Instagram. 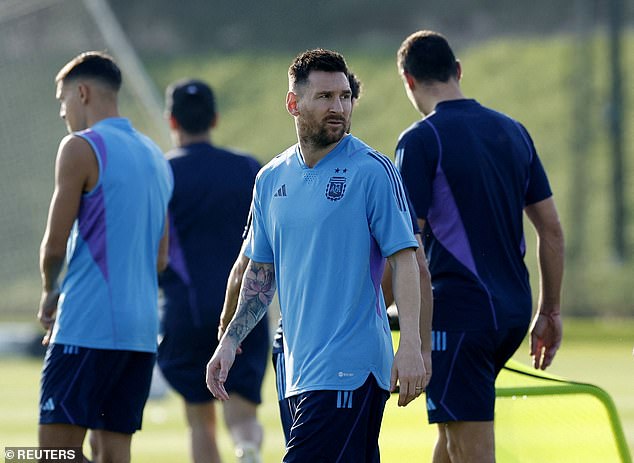 Kylie Jenner is in third place followed closely behind by Selena Gomez and Dwayne ‘The Rock’ Johnson.

Neymar and Lebron James are two of the highest athletes outside of Ronaldo and Messi, although neither are in the top 10.

Ronaldo’s Instagram following shows just how loved he is, despite recent criticism this season.

The former Real Madrid star, however, will not be concerned about his following and is fully focused on the 2022 World Cup in Qatar for now and he is expected to be involved for Portugal against Ghana in their World Cup opener on Thursday.

The five-time Ballon d’Or winner has a glittering array of honours with the World Cup the only major trophy missing from his illustrious career.

This will likely be his last shot of winning the tournament, after previously winning the European Championships back in 2016.

Portugal will face Ghana, Uruguay and South Korea in Group H at the Qatar World Cup.