‘Every game is always an amazing fight’: Cristiano Ronaldo admits he is relishing the battle for points in the Premier League after the Red Devils’ hard-fought win against West Ham

Cristiano Ronaldo has admitted he is relishing the battle for points in the Premier League after Manchester United’s hard-fought win against West Ham on Sunday.

The Red Devils went 1-0 down to Said Benrahma’s deflected strike but Ronaldo himself equalised from close range before former Hammers loanee Jesse Lingard scored a fine curling winner to snatch all three points in the 89th minute.

And Ronaldo posted on Instagram to his 345million followers, revealing his love for being back in English football and the competitiveness that brings. 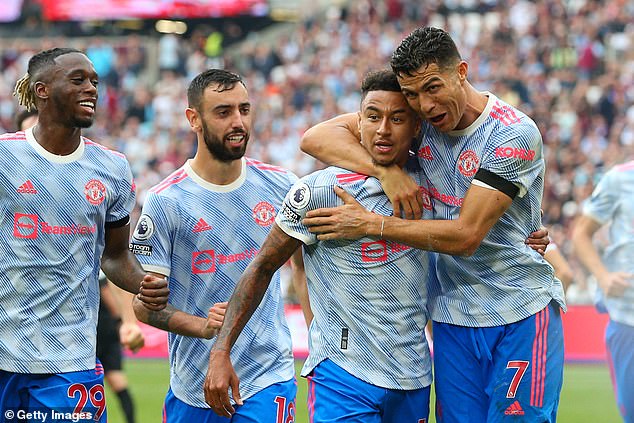 His message read: ‘Every game in the Premier League is always an amazing fight for the three points.

‘Today we got to see a glimpse of all the obstacles that we will find on our way, but we have to keep our mind set on our goals. 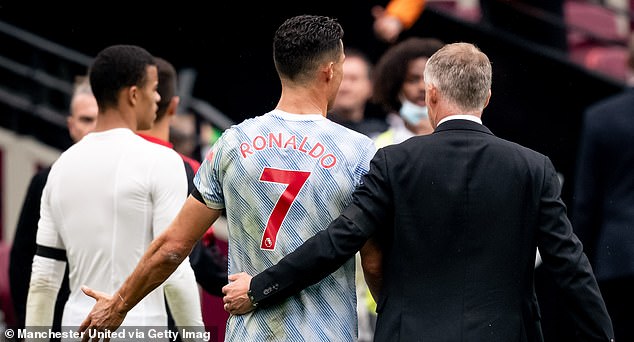 Ronaldo, 36, has now scored four goals in just three appearances in all competitions for United

The star Portuguese forward returned to Old Trafford on transfer deadline day in August, making his move back to United from Juventus after 12 years away.

Ronaldo at times cut a frustrated figure against West Ham, remonstrating with referee Martin Atkinson on numerous occasions after he turned down several of his penalty appeals.

But the 36-year-old has scored four goals in three matches in all competitions for the club, who face West Ham again in the EFL Cup on Wednesday before hosting Aston Villa in the Premier League on Saturday.