Criminal defence attorney reveals why you NEVER use self-checkout lanes at supermarkets and department stores: ‘You could get yourself in trouble’

A criminal defence attorney has urged people to never use self-checkout machines to avoid accidentally shoplifting – or being falsely accused of it.

Carrie Jernigan, a lawyer from Arkansas, has become a viral sensation on TikTok sharing legal advice and tips.

In her latest video, she explains that self-checkout machines are often targeted by shoplifters which makes stores suspicious of many innocent people who are using them.

Jernigan explains there are three types of of people getting charged with shoplifting after using a self-checkout lanes.

The first are professional shoplifters, the second group are those who are guilty of ‘theft by mistake’ which is very difficult to prove.

‘These are the people that I genuinely think just forgot to scan an item,’ she explains.

‘It is usually something that was on the bottom rack of the cart… and when they are walking out, asset protection stops them.’

Carrie Jernigan, a lawyer from Arkansas, has become a viral sensation on TikTok sharing legal advice and tips

She also explained when self-checkout machines first started, stores let people off after they forgot to scan an item – but they are much stricter now.

‘They let almost all of these people either scan and pay for the item, or just let them go, but took the item they did not pay for,’ she says.

Stores are now much less sympathetic because shoplifters have become adept at stealing and now have a ‘tell it to the judge’ approach. 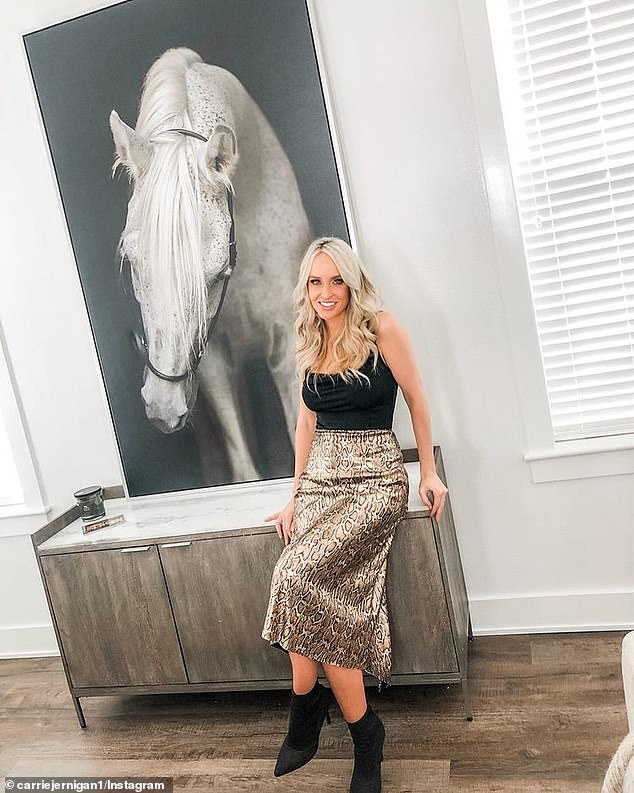 Jernigan explains there are three types of of people getting charged with shoplifting after using a self-checkout lanes.

The third group however are ‘completely innocent’ and are getting charged long after the bought something.

‘It is something that happens when asset protection is doing a quality-control check, or inventory that weeks, days, months later comes up short,’ she explains.

Jernigan added this happens after security teams watch hours and hours of videos and finding someone buying the item that’s missing.

She also urged people not to pay in cash as it makes it trickier to prove you paid for something.

While those whoa re innocent like can eventually prove it likely can prove it, they often have to fork out thousands of lawyers bills.