Cressida Dick will stay on as Scotland Yard commissioner until April 2024 despite a wave of protests.

There had been widespread dismay when it emerged the 60-year old was set to have her contract renewed despite having presided over a series of scandals. Baroness Lawrence and Lady Brittan, widow of Tory home secretary Leon Brittan, were among those demanding a change at the top of the Met.

But Ms Patel said: ‘I am pleased to announce that Dame Cressida will continue to lead the Metropolitan Police until April 2024 and wish to thank her for her service to date.

‘Her extension will provide continuity and stability as we emerge from the coronavirus pandemic and recruit 20,000 additional police officers.

‘Londoners know there is more to do to keep our capital safe, including by driving down violent crime, and I look forward to continuing to work with the Commissioner and Mayor of London to protect the public.’

A landmark panel of victims of police corruption, incompetence and malpractice today call for the head of Cressida Dick 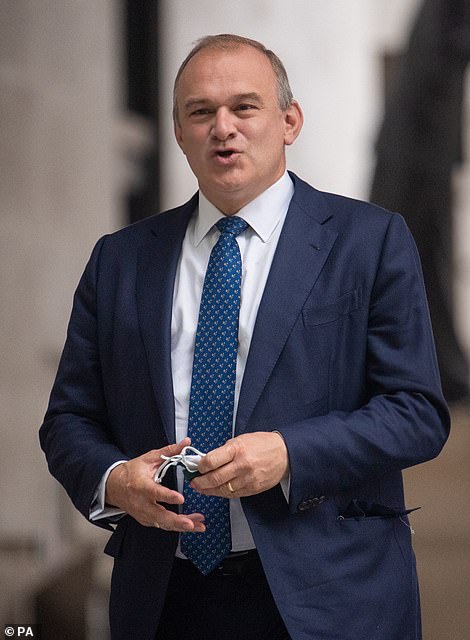 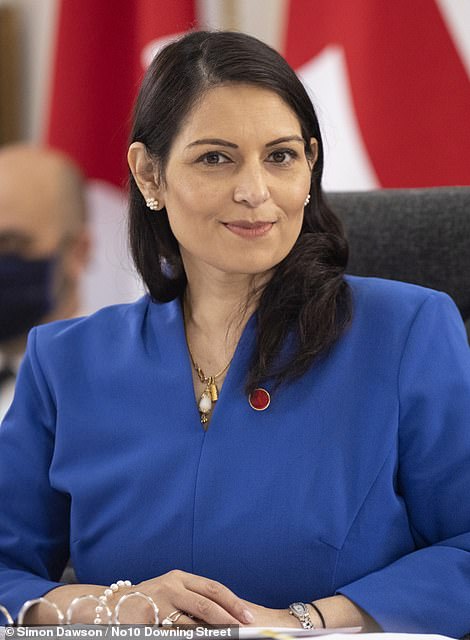 Cressida Dick’s reign as Metropolitan Police commissioner has been overshadowed by controversy over bungled operations and investigations:

1983: She joins the Met as a constable after a brief foray into accountancy.

1993: Becomes a tutor on the accelerated promotion course at Bramshill Police College before transferring to Thames Valley Police as a superintendent.

July 22, 2005: She is the gold commander of an armed terror operation in wake of London bombings which mistakenly shot dead Brazilian electrician Jean Charles de Menezes in Stockwell Tube station. Met guilty of errors including an ‘utterly chaotic’ control room. She is exonerated.

2008: Sir Ian Blair, her mentor, sacked by London mayor Boris Johnson after a string of cock-ups.

2015: Awarded a CBE for services to policing. A damehood follows four years later.

April 2017: Appointed as first female Metropolitan Police commissioner with a brief to modernise the force and keep it out of the headlines.

October 2018: Sir Stephen House, a former boss, appointed deputy commissioner and another chain in the Teflon shield being built around her.

April 2019: Extinction Rebellion protesters bring London to a standstill over several days with the Met powerless to prevent the chaos. Dame Cressida says the numbers involved were far greater than expected and used new tactics but she admits police should have responded quicker.

September 2019: Her role in setting up of shambolic probe into alleged VIP child sex abuse and murder is revealed but she declines to answer questions.

2020: Official report into Operation Midland said Met was more interested in covering up mistakes than learning from them.

February 2021: Lady Brittan condemns the culture of ‘cover up and flick away’ in the Met and the lack of a moral compass among senior officers.

March: Criticised for Met handling of a vigil for Sarah Everard, where officers arrested four attendees.

June: A £20million report into the Daniel Morgan murder brands the Met ‘institutionally corrupt’ and accuses her of trying to block the inquiry. Dame Cressida rejects its findings.

Mr Khan said: ‘This will provide the experienced and strong leadership we need as our city emerges from the pandemic.

‘The Met Commissioner has the most difficult policing job in the country, overseeing the safety of more than ten million people living, working and visiting our global city. The last four-and-a-half years have also presented significant additional challenges for the Met, including terror attacks, the tragedy of Grenfell Tower, rising public order incidents and policing challenging Covid-19 restrictions.

‘It’s my role as Mayor to both support the Commissioner and hold her to account and I will continue to do so to ensure we continue to reduce serious violence in all its forms and increase trust and confidence in our police force among London’s diverse communities.’

MPs yesterday added their voices to calls for Dame Cressida to be replaced – but one Tory voiced fears that the alternative candidates were ‘too woke’.

Lib Dem leader Sir Ed Davey was among those calling for her to go, telling MailOnline: ‘The Met desperately needs new leadership to change the culture of ”cover up rather than own up” at the top of the organisation, which the independent report on the murder of Daniel Morgan described as ”institutional corruption”.

‘Met police officers who work incredibly hard and risk their lives to keep us safe deserve far better. They need new leadership that will change the culture and rebuild the public trust and confidence that officers need to do their jobs and keep us all safe.’

Meanwhile, one senior Tory MP said Scotland Yard desperately needed a new commissioner, but the alternatives to Dame Cressida were far too ‘woke’.

‘The problem with Cressida is she has presided over a series of disasters, and then says it is not her fault,’ they told MailOnline. ‘It is difficult when we always take the same view that operational decisions are a matter for the police not politicians.

‘She has presided over some humdingers, not just as commissioner but in her career. The time is right to get a new commissioner. But we don’t want to replace her with ‘commander woke’.’

It came as a landmark panel of victims of police corruption, incompetence and malpractice issued a bombshell letter to Mr Johnson calling for her head, as the Daily Mail exclusively revealed.

They also demanded an overhaul of the Met’s senior team, ‘urgent and long overdue’ reform of the police complaints system and a shake-up of the ‘unfit for purpose’ Independent Office for Police Conduct.

The group called for an ‘urgent’ meeting with the Prime Minister and Home Secretary Priti Patel to ‘ensure that meaningful reform is delivered within a reasonable timeframe’.

They said: ‘We share a collective concern that the leadership of the Metropolitan Police Service will continue to act as though they are above the law and that the general public do not have a viable means of recourse.’

They drafted a joint statement after the Daily Mail invited them to an unprecedented debate on their own experiences of Met malpractice and corruption, and the effectiveness of the police complaints system.

Their extraordinary intervention follows a string of controversies and scandals that have engulfed Dame Cressida since she was appointed Scotland Yard chief on a five-year contract in 2017.

The group told the Prime Minister: ‘Dame Cressida Dick, who has presided over a culture of incompetence and cover-up, must not have her contract extended and must be properly investigated for her conduct, along with her predecessors and those in her inner circle, who she appointed and who have questions to answer.

‘She should be replaced by an appointee from outside London, via a truly independent and transparent process.’

They said they wrote ‘as a group of concerned individuals seeking urgent and long overdue reform of policing, the police complaints system and, in particular, the Metropolitan Police Service’.

The decision to give Dame Cressida a contract extension comes despite senior Government figures privately casting doubt on her prospects of staying in post following a string of controversies including her handling of the Operation Midland VIP child abuse inquiry scandal.

In June, Dame Cressida was engulfed in cover-up claims after an official £20million report branded the Met ‘institutionally corrupt’ and accused her of trying to thwart an inquiry into the unsolved axe murder of private eye Daniel Morgan.

His brother Alastair was one of the seven figures to sign the letter to the Prime Minister. Dame Cressida has rejected the key findings of the probe into the Morgan case, which has been mired in allegations of police corruption.