In a laboratory in Montana, Jason Forthofer lights one of the most unusual fires you’ll ever see.

A fiery vortex more than three metres high spins inside a narrow human-sized glass tube, swirling like water down a drain.

Using only alcohol and air, Forthofer has created a Lilliputian version of one of nature’s most terrifying and least understood phenomena: a fire whirl often referred to as a fire tornado or “firenado.”

Last summer, Redding, Calif., was hit with the most intense fire tornado ever recorded. It generated winds of more than 230 km/h, more intense than the firestorm that resulted from the carpet bombing of Hamburg in the Second World War. The fire whirl in Redding uprooted trees, destroyed several homes and killed three people.

That’s why as firefighters are deployed out in the wildlands, an equally important battle is being waged in the Montana lab, in the dark, with a fire that never ends. 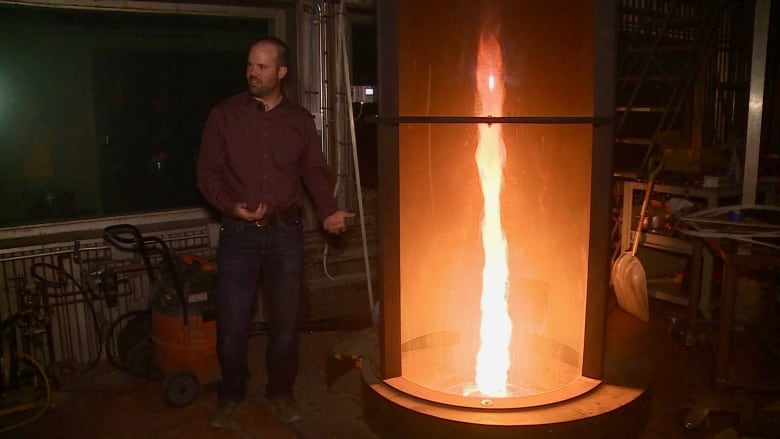 The Missoula Fire Sciences Laboratory in Montana is the largest of its kind in the world. Around every corner, scientists are burning things, watching and learning and then once again setting them on fire.

The need to understand wildfire has never been more pressing. In California, six of the 10 most destructive wildfires in its history occurred in the last 18 months, according to the California Department of Forestry and Fire Protection.

Across the country, according to the U.S. government, wildfires accounted for damage valued at $24 billion last year, a new record. And Redding’s record-setting fire tornado may be a sign of things to come.

In part because of the the effects of climate change, scientists say wildfires are becoming more common and more intense. 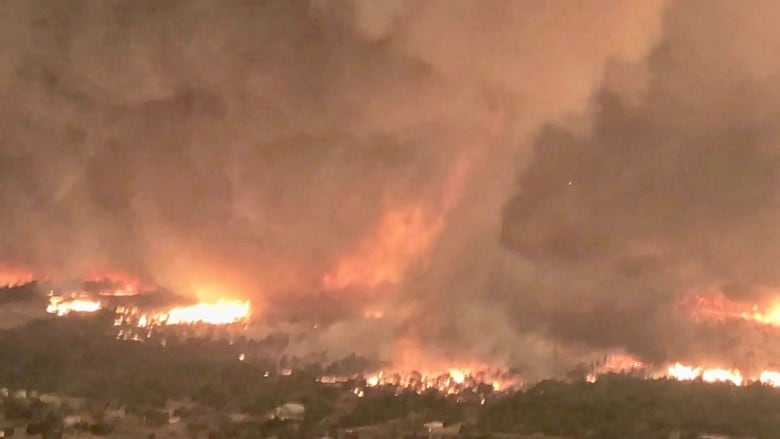 On July 27, 2018, the most intense fire tornado ever recorded hit Redding, Calif. (California Department of Forestry and Fire Protection)

“If we do have in the future larger, more intense fires, we probably could expect more fire tornadoes to happen,” says Forthofer, a mechanical engineer.

The dust devil-sized fire whirl Forthofer created allows him to study how the bigger fire tornadoes form during wildfires.

“If you have winds blowing over terrain obstruction, it can concentrate a lot of vorticity — the technical term for rotation in a fluid — and then it can spin up a fire whirl or fire tornado,” Forthofer says.

Fire whirls can burn up to eight times faster than a normal fire, which is why they can be so dangerous.

Working on a theory

Forthofer says he’s working on a theory that the Redding fire whirl was caused by a phenomenon called an “atmospheric hydraulic jump,” which occurs when air flowing at a higher velocity discharges into a zone of lower velocity.

“It’s a well-known atmospheric phenomenon [that has] never been documented to form a fire whirl,” Forthofer says.

He believes scientists are a long way from predicting when they will form, but understanding their patterns and movements is key to preventing deaths like the ones that occurred in Redding.

“Hopefully we can provide firefighters with enough training to — as soon as they’re forming — get out of the way.” 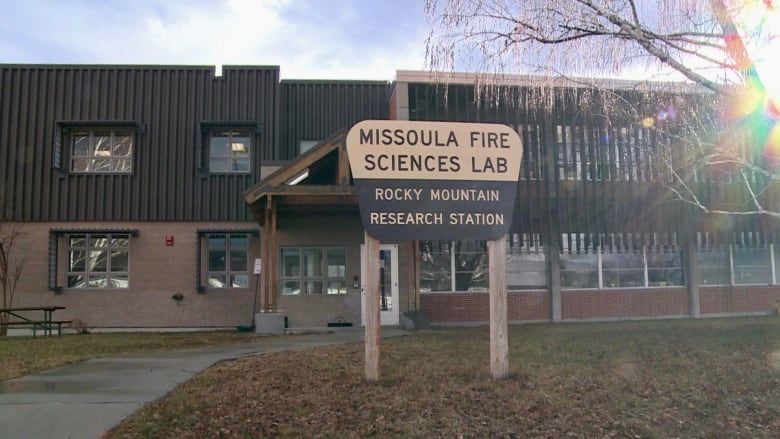 The Missoula Fire Sciences Lab in Montana is considered the largest research facility of its kind in the world. (Kim Brunhuber/CBC)

Not far from Forthofer’s lab, Torben Grumstrup presses buttons on a remote, causing propane-fed flames to dance in a burn chamber a few metres away. He’s trying to unravel the complexities of the flames by calculating, in precise detail, exactly how they behave.

“We take several thousand temperature measurements, and then we stop,” Grumpstrup says.

Then they make another little change and take more measurements. They do that over and over, hundreds of times, to create huge data sets.

“That helps us better understand the influences of these different variables: the size of the flame zone and the slope, the wind speed, these sorts of things,” Grumpstrup says. “The results that we come to based on these experiments can be extrapolated to the real world.” 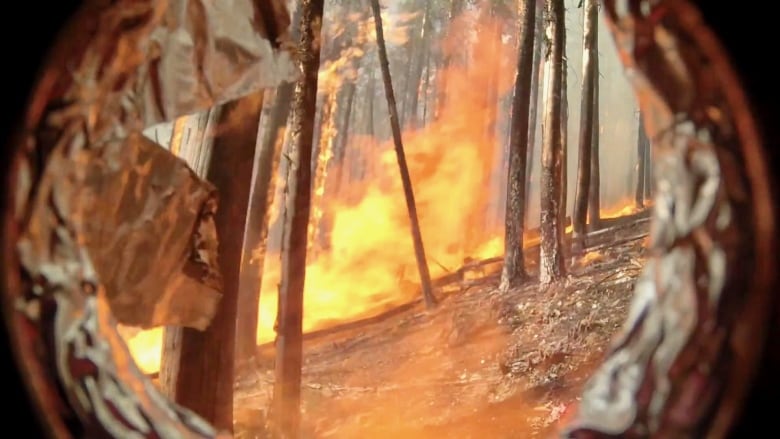 “Firefighters have always understood that fire will spread faster uphill. And some of the work that we’ve done here has put some better numbers on that. So we’ve found the range of slopes over which fire will transition to some different behaviour that results in it going much faster up the hill.”

For Grumstrup, his research is the definition of applied science. He used to be a firefighter. 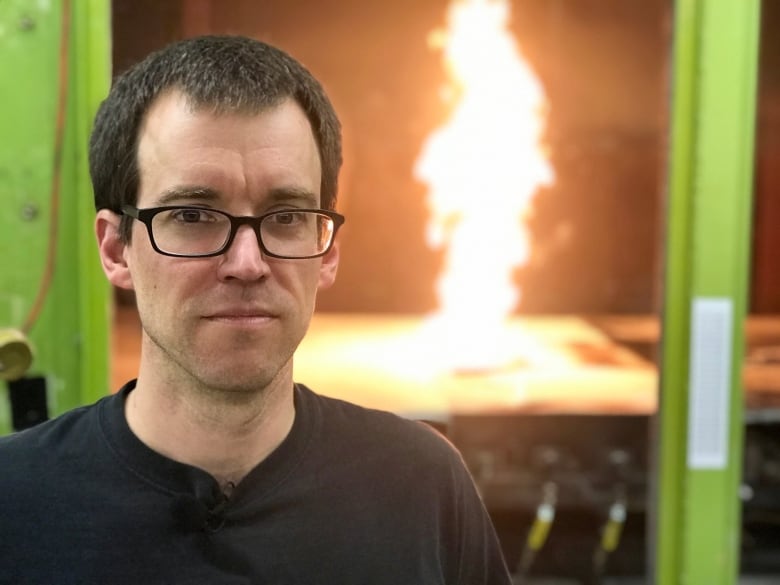 “If a firefighter sees some of my video of fire on a slope, that will stick in their mind so the next time they are thinking about working above a fire, they’ll think twice,” Grumstrup says.

No matter how much headway Grumstrup and his colleagues in Missoula are making, he says they’re always surprised by how much they still don’t know.

To Grumstrup, the irony inherent in his research is obvious: humans may have been using fire for hundreds of thousands of years, but it is still very much a mystery.

“Wildfire is full of contradictions,” Grumstrup says. “It is an enigma. It’s extremely complex, and so there’s a lot of material to keep us busy, easily enough for my career and for many, many more.”