EXPRESS INFORMER > News & Politics > CRAIG BROWN: The news you missed in lockdown (Part I) – how sausage rolls can save the nation!

■ Just a few weeks after the Duke and Duchess of Sussex announced plans to foster and inspire a shared commitment to caring and wellbeing in the global community, the Princess Royal announced a pioneering Stuff & Nonsense Foundation.

Over a hot cup of tea and a cold sausage roll in a village hall, she declared that the Foundation would dedicate itself to telling people to buck up, think for themselves, put their best foot forward, get a move on and, for goodness’ sake, stop that wretched whining.

■ In June, it was announced that former prime ministers and Cabinet ministers including Theresa May and Gordon Brown would be paid hundreds of thousands of pounds not to fly around the world making speeches.

Over a hot cup of tea and a cold sausage roll in a village hall, the Princess Royal announced a pioneering Stuff & Nonsense Foundation that would dedicate itself to telling people to buck up

‘At the end of a business conference, there’s nothing more dreary than having to sit through a long, pompous address by someone who used to be in power, going on and on about how they weren’t to blame,’ said the chairman of MFWL (Muzzles for Former World Leaders). ‘So we raise money to pay them to stay at home.’

So far this year, MFWL has produced spectacular results, raising £500,000 to persuade former PM Tony Blair not to speak at a VIP gathering in Washington, and ‘somewhere in the region’ of £30,000 to stop former Chancellor of the Exchequer George Osborne from speaking at a business conference in Zurich.

‘These are early days,’ said a spokesman. ‘But within the next few decades, our aim is to make long, self-regarding speeches by forgotten world leaders a thing of the past.’

■ In July, the latest report from the IBO (Institute for the Bleeding Obvious) revealed that up to 95 per cent of people who venture outdoors in freezing temperatures wearing only T-shirts and shorts become either ‘very cold’ or ‘extremely chilly’.

But in warm weather, these figures have been shown to decrease dramatically.

‘It’s too early to say exactly why,’ said an IBO spokesman. ‘But it looks as though it might have something to do with the human body requiring more clothes in colder conditions.’ 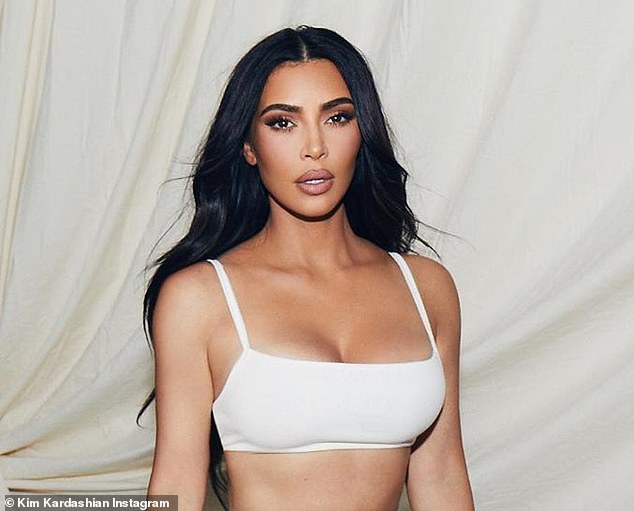 Vera Kardashian, 37, a previously unknown member of the Kardashian family is a school librarian who favours an old cardigan, a mid-length skirt and sensible shoes. Pictured: Kim Kardashian

Vera Kardashian, 37, is a school librarian who favours an old cardigan, a mid-length skirt and sensible shoes. She claims she has never felt the need for plastic surgery or Botox; her favourite pastime is spending a quiet night in.

Other members of the Kardashian family are greatly upset.

‘Vera’s got no right to destroy the family brand like this. She’s nothing more than a cheap little non-publicity seeker,’ they chorused.

■ TV historian Lucy Worsley revealed that she sometimes walks along the street without her usual bonnet, ballgown and shepherdess’s crook.

‘I find it very uncomfortable to walk around in an ordinary dress or jeans, but it’s a brilliant disguise and guarantees no one ever recognises me!’ she said, before pulling on her long silk gloves and tiara and stepping into her Regency carriage. 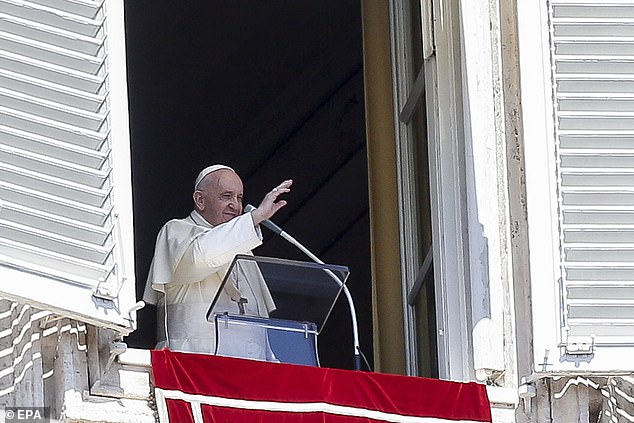 Following his speech condemning gossip Pope Francis turned to the assembled worshippers and whispered: ‘Don’t tell the Cardinals I said that. You know what they’re like. They’ll start spreading vicious rumours about me.’

■ Alexa, the well-known presenter of the cloud-based, interactive speaker system, announced that after five ‘wonderful years’ with Amazon, she had decided to step down.

‘It was a full-time job. I had to be up 24/7 answering people’s requests to play The Bee Gees, Abba and Taylor Swift. Often, they would swear at me if I misheard, or said I couldn’t understand. After a few years, the abuse takes it out of you.’

Alexa has moved on to a top post at a rail company, taking on the role of advising passengers every few seconds to ‘See It. Say it. Sorted.’ ‘It’s a great new challenge, and a lot less demanding’, she said.

■ Having made an important speech condemning gossip as ‘worse than Covid’, Pope Francis turned to the assembled worshippers and whispered.

‘But whatever you do, don’t tell the Cardinals I said that. You know what they’re like. They’ll start spreading vicious rumours about me. How do I know? Well, exactly the same thing happened to a friend of a friend. But breathe not a word.’

■ A statue of Queen Boadicea sitting astride a horse in the town of Umbrage was pulled down by protesters.

They claimed that the horse in question had a long and distressing record of parading around the countryside naked, as well as making unwanted passes at other horses.