Prince Charles (looking vexed and pained): I – I – I don’t quite know how to put this. Really most awkward! But will you, er, er — I’m so sorry, but, for the life of me, I can’t quite remember your name!

Diana: Oh, yes! Oh, Charles! This is the happiest day of my life!

Emma Corrin in ‘The Crown’ Season 4 with Josh O’Connor

Diana: This is the happiest day of my life, sir!

Prince Charles: There must surely have been happier days. It’s not done to gush. I suppose it’s time we ‘got to know one another’. Whatever that means. So. Tell me about yourself. Have you come far?

Prince Charles: Goodness, is that the time? I must be off!

Butler: Mrs Parker Bowles is on the phone, Your Royal Highness!

Butler: Certainly, sir. (turns to Diana): The Prince of Wales is busy.

The sitting room at Buckingham Palace. Prince Charles crouches in the corner, his head in his hands. Princess Anne, in training for Badminton, prances around the room on her hobby-horse. Prince Philip is hard at work, cutting the head off a dead stag. Princess Margaret sighs wearily. The Queen Mother relaxes in her favourite arm chair, skinning a rabbit, while her friend, Diana’s grandmother Ruth, Lady Fermoy, tenderly pulls the wings off a fly.

Ruth, Lady Fermoy: It’s for it’s own good. Wings are so desperately common!

A sharp intake of breath from the entire family.

Princess Margaret: Can you believe it?! She said ‘Hello’!

Prince Philip: What is the world coming to?

Queen Mother: And — heaven forfend! — one should never say ‘Granny’ if there’s no ‘r’ in the month. Only ‘Grandmama’. A drastic transformation of this young girl is most urgently required. Would Barbara Woodhouse be available?

Prince Charles: Have you come far? Keep you busy, do they?

Ruth, Lady Fermoy is hard at work training Diana to be more Royal.

Ruth, Lady Fermoy: Stupid girl! One never engages in conversation with a cow. Upon visiting a farmyard, one should first address the senior horse, and then, in order of precedence, the senior sheep, the senior pig and the senior hen.

Of course, within each category there is a strict different order of precedence. For example, as far as hens are concerned, one would never address an Orpington before a Norfolk Grey, and if a Derbyshire Redcap were in attendance, well, she would rightly expect and deserve a private audience. Have you got that, Diana — well, have you?

At this point, Ruth, Lady Fermoy marches outside. A shot is heard. She re-enters, bearing a dead stag. 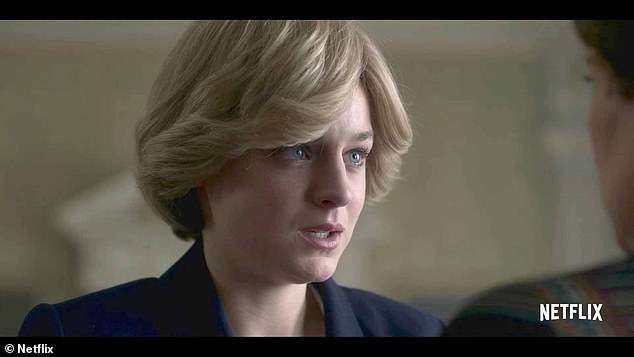 Archbishop of Canterbury: Wilt thou, Charles Philip Arthur George, have this woman to be thy lawfully wedded wife?

Prince Charles: If I must.

Queen Mother: Doesn’t she know it’s very COMMON to sound enthusiastic? His great uncle David showed enthusiasm — and look what happened to him.

Outside the Abbey. Both Prince Charles and Lady Diana are in tears.

Queen: Well that all went marvellously, I thought.

Prince Philip: The real wedding’s tomorrow, so let’s keep Diana under lock and key until then. Just in case she gets those ‘last-minute jitters’, y’know.