Boris Johnson’s eco call to arms: Crackdown on diesel and petrol vehicles could be sped up to bring in ban by 2030

By Daniel Martin and Ray Massey for the Daily Mail

A crackdown on petrol and diesel cars could come earlier than expected after Boris Johnson stepped up calls for action on climate change last night.

The Prime Minister said there is ‘no time to waste’ and called on world leaders to put forward ambitious commitments to tackle the crisis.

There is a growing expectation that he may announce the Government’s planned ban on the sale of new petrol and diesel cars will be brought forward from 2040.

Mr Johnson has already said he would like this to happen by 2035 but insiders believe he will pledge to bring forward the deadline to 2030.

Earlier this week environmentalists predicted such a move would create more than 30,000 new jobs and provide a £4.2billion boost to the economy.

Car firms are already preparing for the changes as Department for Transport figures show sales of electric vehicles have rocketed by nearly 170 per cent in the UK this year.

Last night Mr Johnson promised to set out a ten-point action plan in comments marking a year until Britain hosts the UN ‘Cop26’ climate summit. It is set to outline action in areas such as cutting emissions from transport, electricity and buildings, and using hydrogen and other new technology.

The UK – which has a legal target to cut greenhouse gases to ‘net zero’ by 2050 – is co-hosting a climate action summit for world leaders next month to bring forward more ambitious plans and set net zero targets ahead of next year’s Cop26 meeting. 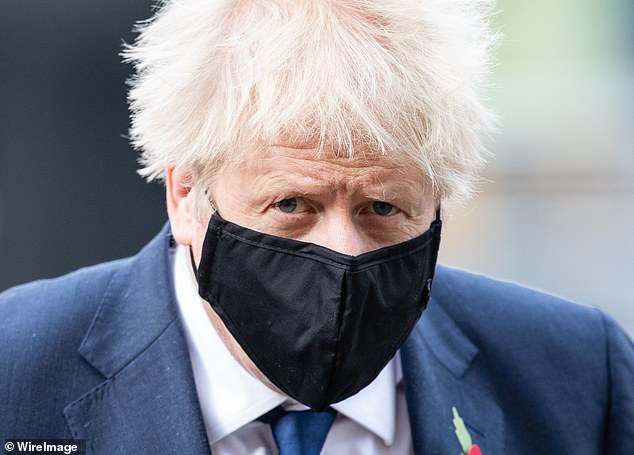 Mr Johnson said: ‘There is no greater duty for any nation than protecting our people and our planet. Climate change will remain the most enduring threat… if we do not act. There is no time to waste. That’s why I’ll be setting out my ten-point plan shortly.

‘And that’s why I’m calling on world leaders to put forward their own ambitious commitments to help eradicate our contributions to climate change, before we meet in Scotland next November.’

Countries are expected to submit more ambitious plans to cut emissions under the Paris Climate Agreement, as current proposals do not go far enough to prevent dangerous temperature rises.