The Canada Revenue Agency began sending out T4a slips today to Canadians who have received COVID-19 benefits, reminding them that the money is taxable income and must be recorded on their tax returns.

The department said the T4as are being issued as statements of income and not necessarily as statements of money owed. As with the T4 statements employers provide to employees in advance of tax season, the T4a statement details how much taxable income someone received directly from the federal government in the form of a COVID-19 benefit. Residents of Quebec will get both T4a and RL-1 slips.

Those who received money through one of the benefit programs need to enter the total amount they received last year on line 13000 of their 2020 income tax and benefit return. For those registered for My Account and filing with NETFILE-certified software, this information will be entered automatically into tax returns.

The CRA says that while tax was taken off at source for the CRB, CRSB and CRCB, it wasn’t taken off for the CERB or CESB. Once all other sources of income, deductions and credits have been calculated, some people may discover they owe money when they file their returns regardless of whether taxes were taken off at source.

“It’s going to be difficult for people and it’s going to be complex or complicated for the system,” Employment Minister Carla Qualtrough told CBC News last month.

“As people file their taxes, [we] are going to have to figure out what they’ve been … what they owe taxes on, what has already been taken taxes off for them. If you claimed both the CERB and CRB, we took taxes off the CRB but we didn’t for CERB — it’s incredibly complicated,” she said.

Concerned about Canadians financially stressed by the pandemic, the CRA says it has expanded the ways in which people can pay back money owed and is urging taxpayers to reach out to the agency to see which options work best for them.

The CRA has already sent out 441,000 letters warning people who received the CERB that they may not be eligible for the benefits they have received so far. The letters asked recipients who don’t meet income requirements to pay back the money by the end of 2020 so it does not negatively affect their tax returns.

Described as “education letters” by a CRA spokesperson, the letters were sent to those for whom the agency said it was “unable to confirm … employment and/or self-employment income of at least $5,000 in 2019, or in the 12 months prior to the date of their application” — one of the key criteria for the CERB program.

In the past several weeks, many Canadians have reported they received such letters and now fear they’ll have to repay thousands of dollars in benefits.

Many of those affected have argued that the federal government never clearly defined how the $5,000 amount would be calculated. Some point to the CERB application, which asks if the person received “a minimum of $5,000 (before taxes) in the last 12 months, or in 2019 ….” but makes no explicit mention of expense deductions.

The federal government acknowledged last month that it provided unclear instructions to self-employed Canadians on how to apply for CERB. The CRA said there would be no penalties or interest in cases where CERB needs to be paid back, but it stopped short of saying the payments would be forgiven.

“We’re certainly not in a position to forgive CERB debt right now,” she told host Vassy Kapelos. “But people were misinformed and we need to figure out how to be fair in light of that.”

When pushed on whether that position might change — whether Canadians who got the benefit improperly because of the CRA’s miscommunication could see their CRA debt forgiven — Qualtrough said “it’s not impossible, but there hasn’t been a policy direction change.”

“In December we had decided that forgiveness was not on the table, we haven’t changed our mind on that but … we can always look at a situation and make a better decision once we have the information.” 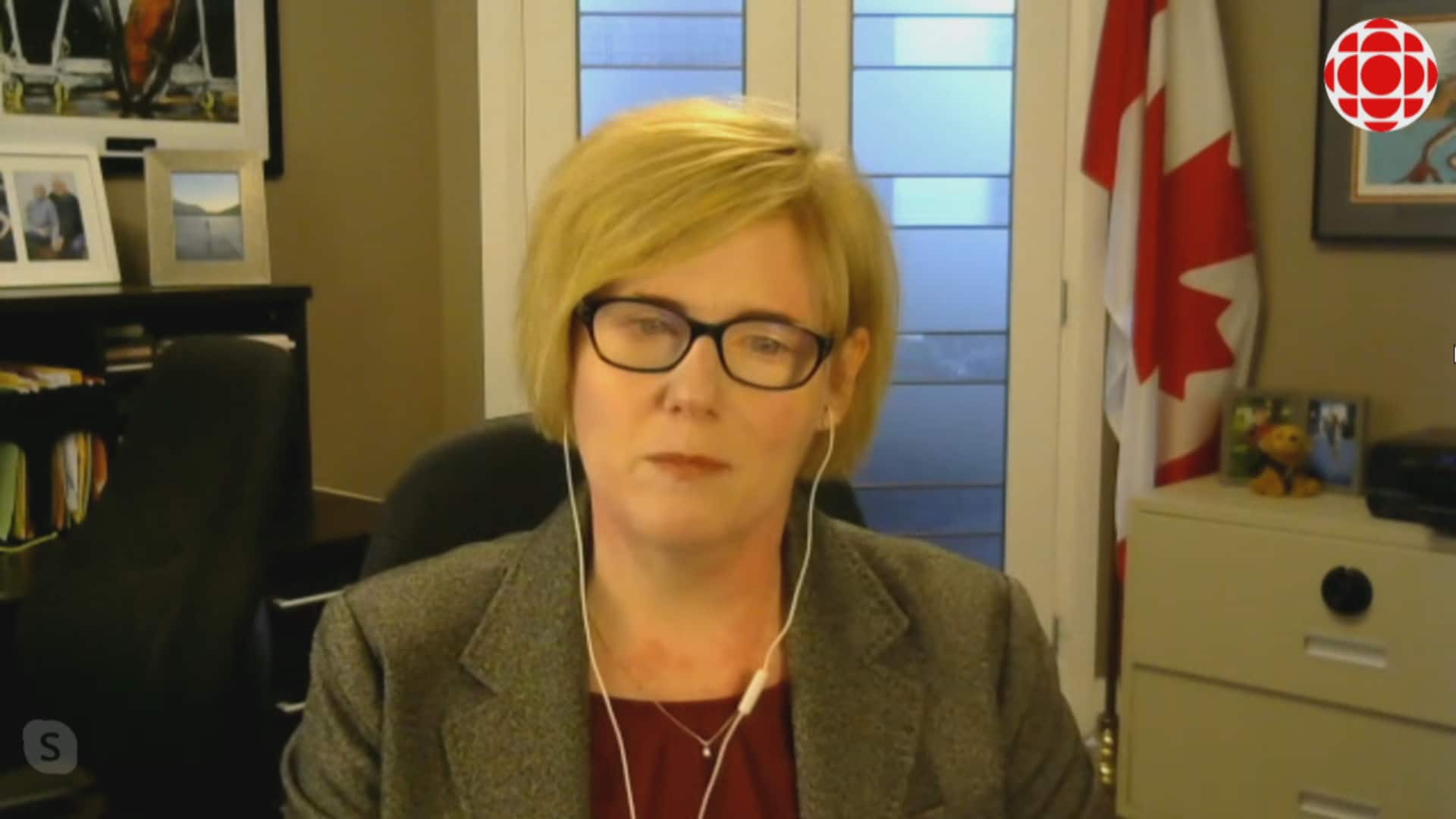 Employment Minister Carla Qualtrough says ineligible CERB recipients who received the money based on wrong information provided by the CRA won’t have their debts forgiven — but she doesn’t rule it out for the future. 2:04