At a meeting where NFL owners overwhelmingly voted to let Roger Goodell keep his job, an argument sparked between two of the more well known bosses in the league.

Owners voted 31-1 on Tuesday to allow their compensation committee to negotiate a new contract with Goodell, with the only ‘nay’ vote being cast by Dallas Cowboys owner Jerry Jones.

According to sources at ESPN, Jones eventually told Kraft ‘Don’t f*** with me’ during the proceedings.

Kraft replied, ‘Excuse me?’, to which Jones repeated, ‘Don’t mess with me’. Following this exchange, the measure passed. 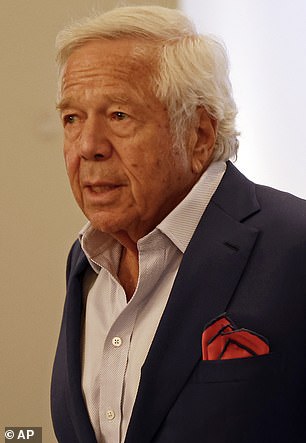 DailyMail.com has reached out to the NFL, the New England Patriots, and the Dallas Cowboys for comment.

Jones has previously opposed new contracts for the NFL’s commissioner, with his issue mostly stemming from Goodell’s compensation. Back when Goodell signed his last contract in 2017, Jones was at the forefront of a movement to change how the commissioner was paid. Goodell is now paid mostly through performance-based bonuses which are awarded after consultation with a committee. Previously, his compensation structure was mostly salaried.

Sources believe Jones is wary regarding to how the bonuses will be structured in Goodell’s new contract and wishes that it’s tied more to financial goals and metrics.

‘He believes in corporate good governance and wants accountability on the financial goals tied to Roger’s bonus,’ said a league source familiar with Jones’ thinking. ‘He is sensitive to awarding a big bonus to Roger before he performs and earns it.’

The margin of victory is a sign that the league’s owners believe Goodell should keep his job, which he’s held since 2006. 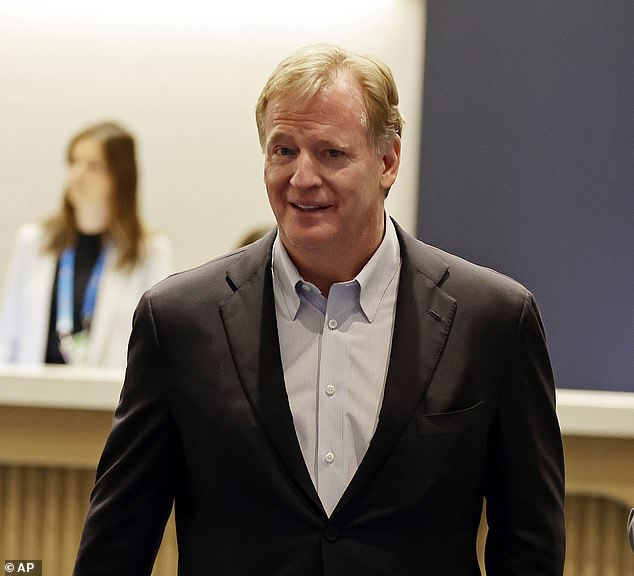