Cowboys coach Mike McCarthy calls out Kellen Moore, telling the offensive coordinator ‘we’ve got to be a little bit smarter’ as life without Dak Prescott begins for Dallas

The Cowboys are 0-1 following a deflating 19-3 loss to the Buccaneers in Week 1, and while Prescott will now miss six to eight weeks, according to ESPN, the offense was not exactly setting the world on fire before Prescott exited the game in the fourth quarter.

‘Let’s be honest: In Kellen’s time as a coordinator, he’s been able to play very, very aggressive,’ McCarthy told reporters. 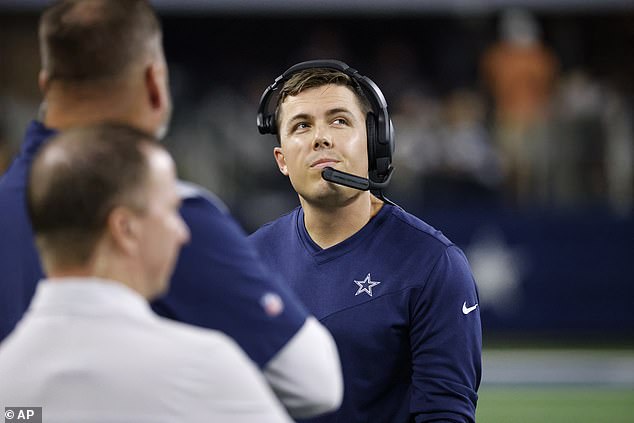 ‘But we’re in a phase right now that we’ve got to be a little smarter in certain situations. That’s all part of growing as a play caller.’

The Cowboys finished the Bucs game with just 244 total yards, including just 71 on the ground, and were the only team in the entire league not to score a touchdown in Week 1.

Now their focus will turn to maximizing the talents of backup quarterback Cooper Rush, who will play in place of Prescott.

Rush started one game last season, passing for 325 yards and two touchdowns in an impressive performance against the Vikings, though the drop off from Prescott to him is expected to be significant.

‘The conversation has continued to evolve around Cooper Rush, but Kellen Moore – you’re on the clock,’ he said on SportsCenter. 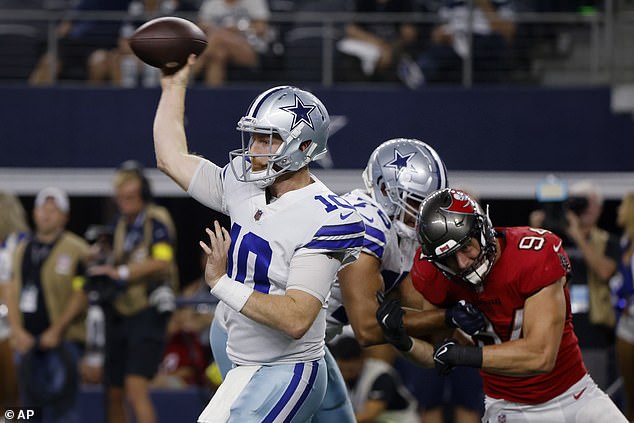 ‘And everybody keeps telling me, well the Tampa Bay Buccaneers defense is good. This is the NFL, right.

‘And I know we rank people for a reason, but if you’re not on par with what you need to do – when you have to focus on how good the other team is, that’s already a bad sign.

Moore is in his fourth season as the Cowboys offensive coordinator, and the team performed well statistically last season with Prescott available for all but one regular season game (he played just five games in 2020). 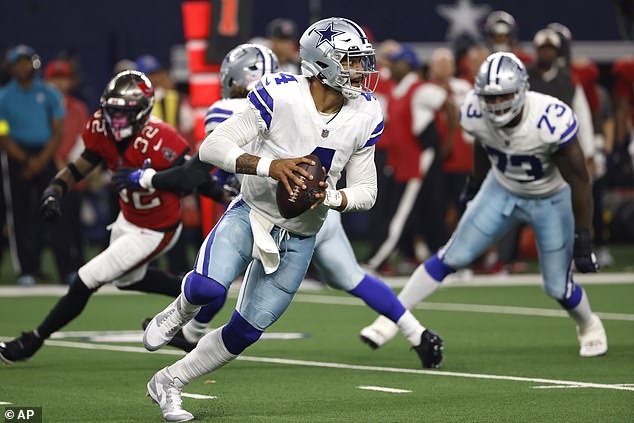 The team finished with the most yards of offense (6,919) in the league and the joint-second most yards per play (6.0).

However, the team was able to score just 17 points vs. 49ers in a first-round playoff loss, and this season started off with a dud as well.

And Moore’s task of reviving the offense won’t be made easier with a few key absences from last year’s 12-5 squad.

‘Hey you gotta’ go earn that paycheck as an offensive coordinator… you have to adjust.’