Nearly half a billion pounds wasted on useless PPE at the start of the pandemic could have paid for a new NHS hospital, Parliament was told today.

Department of Health officials admitted that £461million of taxpayer cash was blown on masks, gowns and gloves intended to protect medical staff and patients from Covid that were found to be unfit for use.

During a grilling by MPs on the Public Accounts Committee, Jonathan Marron, a senior civil servant in the department, claimed the sum was ‘quite a small proportion’ of the overall figure spent on protective equipment during the pandemic.

But Nick Smith, the Labour MP for Blaenau Gwent in south Wales, said it was more than what was spent on the new £350million hospital in his constituency.

‘Can I just confirm one of the points at the last information. You told me that there were 1.1 billion items identified as not fit for any use,’ Mr Smith said.

‘And then over the page, you’ve done a tally of them and the value of them if I understand it properly is nearly £461 million. Is that right?’

Mr Marron, director general of the Office for Health Improvement and Disparities at the DoH, replied: ‘That Is correct.’

Mr Smith went on: ‘The last Urgent Care Centre hospital built in Gwent for a nation of about 600,000 – and it’s brand spanking new – cost £350 million so it’s more than the cost of a brand new hospital.’

Mr Marron said: ‘Clearly we bought really significant numbers of PPE and we’ve used huge amounts – 19.8billion items of PPE distributed to health and social care up to the end of last month.

‘So they’re just enormous figures for the volumes that we’ve needed to keep patients safe.’ 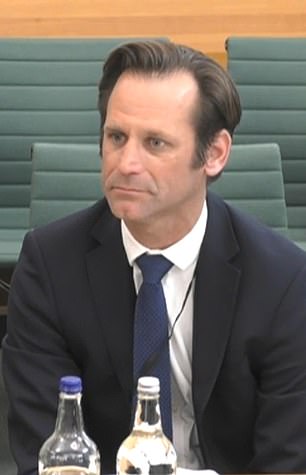 Jonathan Marron (right), of the Department of Health and Social Care, admitted £461million worth of personal protective equipment bought since the start of the pandemic has been unusable. Nick Smith (left), the Labour MP for Blaenau Gwent in south Wales, said the staggering amount was more than what was spent on the new £350million hospital in his constituency

Mr Marron said the amount would have been considered large ‘in normal times’ but was not particularly high given the difficulties officials faced in getting PPE at the start of the pandemic.

He said: ‘It is 3 per cent of the total we purchased. That’s quite a small proportion.

‘In normal times, I would think that is a very high number but if we go back to when we bought the PPE, the market conditions, the real difficulties of buying.’

Government fraud investigators are looking into contracts to supply the NHS with PPE during the pandemic, health officials said today.

Giving evidence to the Commons Public Accounts Committee, Jonathan Marron, the director general of the office for health improvement and disparities, said they had ‘concerns’ over 176 contracts worth a total of £3.9billion.

He said that the actual amount of equipment at issue was worth £2.7billion — with concerns ranging from the quality of the kit provided to performance of the contractor.

While some may be possible to resolve through mediation and commercial agreement, he said others may require a ‘more legal process’.

‘We are working really, really closely with our internal fraud teams and the broader fraud authorities,’ he said.

‘That is part of what we are looking at, as to how we might bring resolution to these disputes. All options are on the table.’

The DHSC permanent secretary Sir Chris Wormald said the level of suspected fraud was no higher than with other government contracts.

‘It is not unusual to be in dispute on some contracts. Some of them will be resolved entirely amicably, some of them will get to the other end of the spectrum where we believe there has been wrongdoing,’ he told the committee.

‘Fraud in contracting is a fact of life, regardless of the circumstances. It would be astonishing if this was the only large set of government contracts in which there was no fraud at all.

‘What we haven’t seen is this set of contracts being more susceptible to fraud than the average.’

Ministers spent £14.8billion on securing PPE in the first year of Covid, according to annual Department of Health accounts. But roughly £8.7bn was written off, either because it was unusable or passed the expiry date.

During the same committee hearing, health officials admitted VIP lanes used to offer PPE contracts to preferred companies would not be used again.

Sir Chris Wormald, the chief civil servant in charge of the Department of Health, said No10 would not use similar ‘high priority’ lanes for procuring health equipment in future.

Some 193 PPE suppliers were referred to the Department of Health through the so-called ‘VIP’ lanes, that prioritised companies put forward by MPs and skipped the normal procurement process.

Of those, 51 were awarded 115 contracts worth billions of pounds, leading to accusations of cronyism after it emerged that associates of Tory MPs were beneficiaries of the scheme.

Ex-Health Secretary’s Matt Hancock’s neighbour was among those who benefitted from the contracts.

Sir Chris insisted the checks on companies were the same regardless of which lane companies pitched for contracts in.

But asked if the Department of Health would use similar schemes in future, the civil servant admitted it would abandon the system.

He said: ‘Well given that we lost in court on one part of it, no. We would keep the same basic structure.

‘So would we have a triage system where out of a large number of offers we attempt to identify the most promising and do them first? Yes, we would. We would keep that triage.

‘Would we do it in the same way as we did the high priority lane? No, we would not.’

A report by the National Audit Office in the first year of the pandemic hit out at the Government for poorly managing vast quantities of PPE and over-paying for it.

It took a ‘long time’ for a large proportion of PPE to arrive and there were distribution problems that saw ‘many front-line workers’ experience shortages.

The Government paid ‘very high prices’ and ‘hundreds of millions of pounds-worth’ bought in the first year will not be used for its original purpose, the report stated. 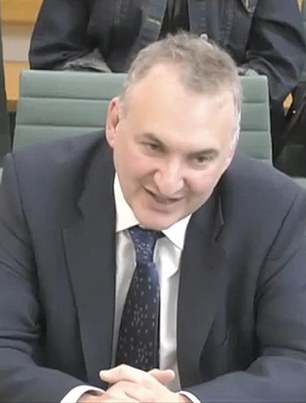 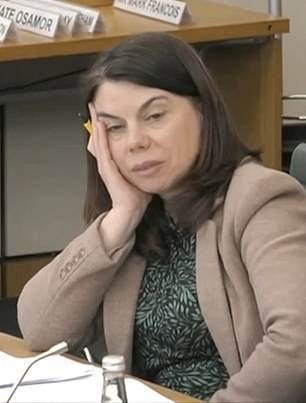 Sir Chris Wormald (left), the chief civil servant in charge of the Department of Health, said No10 would not use similar ‘high priority’ lanes for procuring health equipment in future. Right: Liberal Democrat MP for Richmond Sarah Olney

Meanwhile, MailOnline revealed last month that more than 1billion visors bought by the Government are sitting in warehouses and shipping containers, despite only 123million having ever been dished out.

SAGE advisors warned visors were unlikely to give ‘any protection’ against Covid transmission in July 2020, with the Government placing its last order for visors at the end of June 2020.

A Department of Health spokesperson said: ‘Our priority throughout the pandemic has been saving lives, and we have delivered over 19.1 billion items of PPE to frontline staff to keep them safe.

‘Having too much PPE was preferable to having too little in the face of an unpredictable and dangerous virus, given this was essential to keep our NHS open and protect as many people as possible.

‘Now we are confident we have sufficient PPE to cover any future Covid demands, we are taking decisive action to save up to £93 million of taxpayers’ money per year by reducing storage costs for excess stock.’