The United Arab Emirates is racing to vaccinate half of its citizens by April as it battles a dramatic surge in Covid cases since the turn of the year.

The Arab nation, comprising the holiday hotspot of Dubai where British influencers have been flocking in recent weeks to take advantage of lax lockdown rules, has seen daily cases double from 1,000 a day to 2,000 a day in just two weeks.

The rise in cases has prompted the UK to end its travel corridor with the country which had been open since November, sparking a rush to get home for Britons still in the Middle Eastern country.

Tourists will now have to quarantine for 10 days upon their return to Britain and will need to present a negative coronavirus test taken within 72 hours of their departure.

The UAE has set an ambitious target of vaccinating half of its 10million citizens by the end of March and has already given shots to more than 12 per cent, second only to Israel in doses administered per capita.

The vaccines are being provided free of charge to the whole population, including its significant migrant workforce which makes up around 90 per cent of the country. 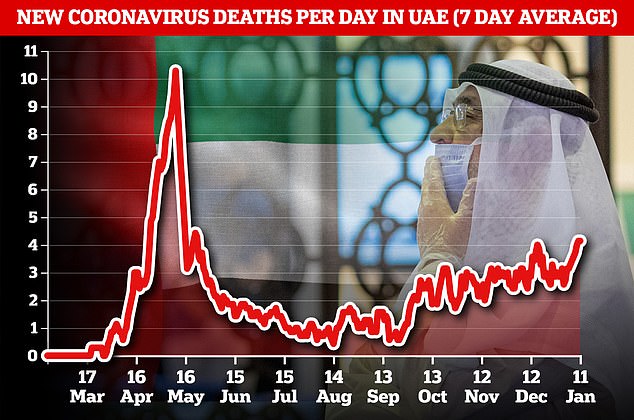 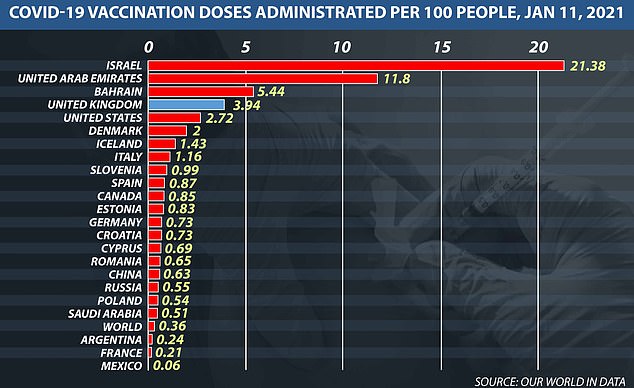 The UAE is second only to Israel in vaccinations administered per capita, with nearly 12 per cent having received their first doses, compared to nearly four per cent in the UK 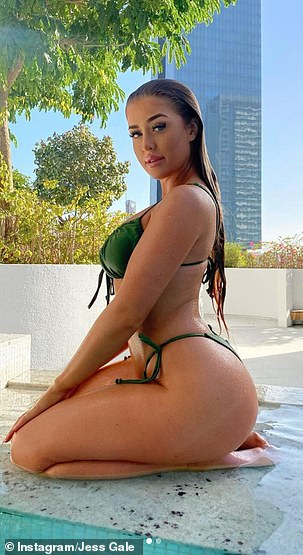 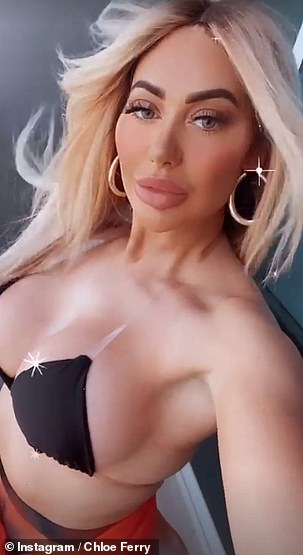 Dubai has become a popular lockdown holiday destination for the social media elite with influencers and reality stars jetting off to the city for winter sun. Celebrities understood to still be in Dubai include Love Island star Jess Gale (left) and Geordie Shore’s Chloe Ferry (right)

A total of 127 vaccination centres are in operation, delivering the Pfizer-BioNTech and the Chinese Sinopharm jabs.

The Sinopharm vaccine was originally tested on 31,000 volunteers in the UAE and found to be 86 per cent effective, and the UAE is the first country outside of China to approve it.

It is being used in the capital of Abu Dhabi and more than 3million doses have already been shipped, whereas Dubai is using the Pfizer vaccine.

Dubai aims to vaccinate 70 per cent of its total population by the end of 2021, a figure which is hoped will ensure herd immunity, meaning enough people will be protected from the virus to reduce its transmission.

The first phase of the rollout is targeting ‘priority groups’, including those 60 and older, people with chronic medical conditions, those with disabilities and frontline workers

The second phase will begin in April when the jabs will be offered more widely to the general public. 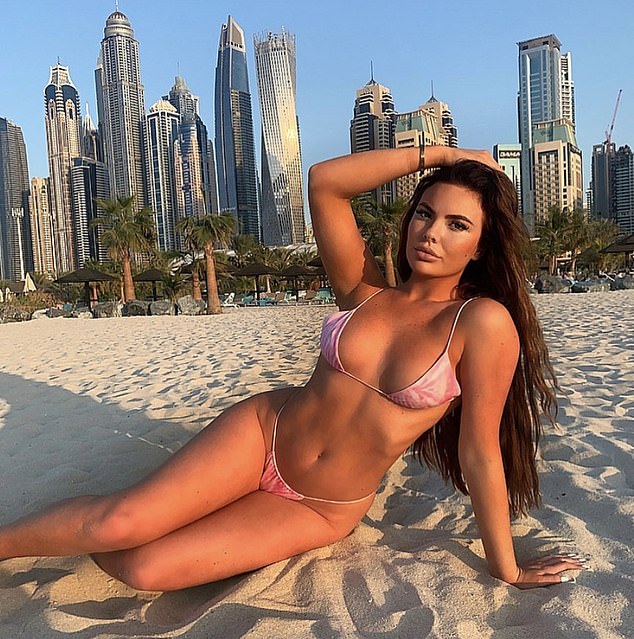 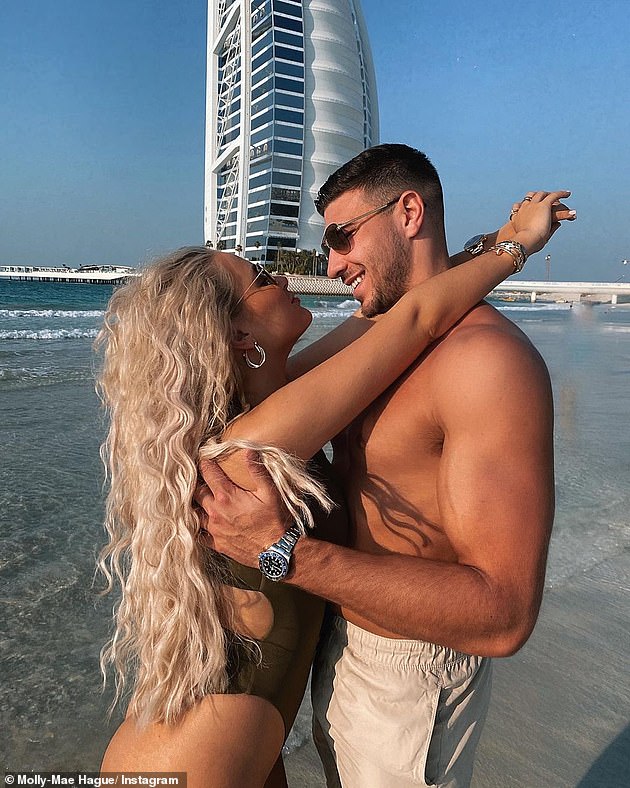 Dubai, which in 2019 had a population of over 3.3million, has been hit hard by the coronavirus outbreak, which hurt its key tourism, real estate and trade sectors.

Asked about coordination between the UAE’s seven emirates, Khaja said: ‘There is a (national) vaccination campaign in the UAE and all the emirates are covering their vaccine programmes.’

Transport minister Robert Courts said: ‘If a passenger arrives in England without a pre-departure negative test result they will be fined.

‘We will amend the International Travel Regulations so that fines, starting at £500, can be levied on non-compliant passengers.’

A number of popular holiday resorts remain on the UK’s travel corridor despite its huge surge in cases, with holidaymakers able to return from destinations including Australia, Barbados, the Maldives and St Lucia without having to quarantine. 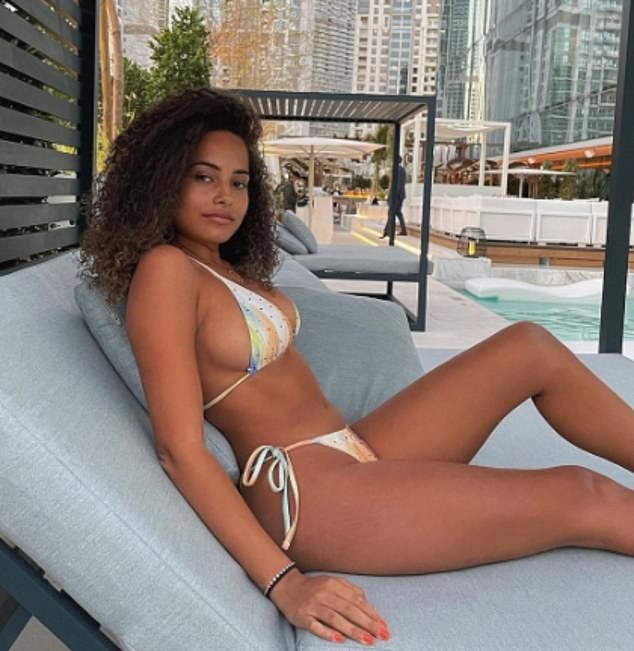 January has already seen the UAE break many of its Covid records, seeing its highest number of recorded daily cases on Saturday with 2,998, and its highest weekly average of 2,607.

Elsewhere in the Middle East, Saudi Arabia appears to be controlling the virus, with only 140 new cases on Monday well below its record high of 4,919 in June.

Other nearby countries including Oman, Yemen, Iran and Iraq are also reporting lower infection rates, suggesting the UAE’s relaxed measures and increased tourism may have led to the uptick in cases. 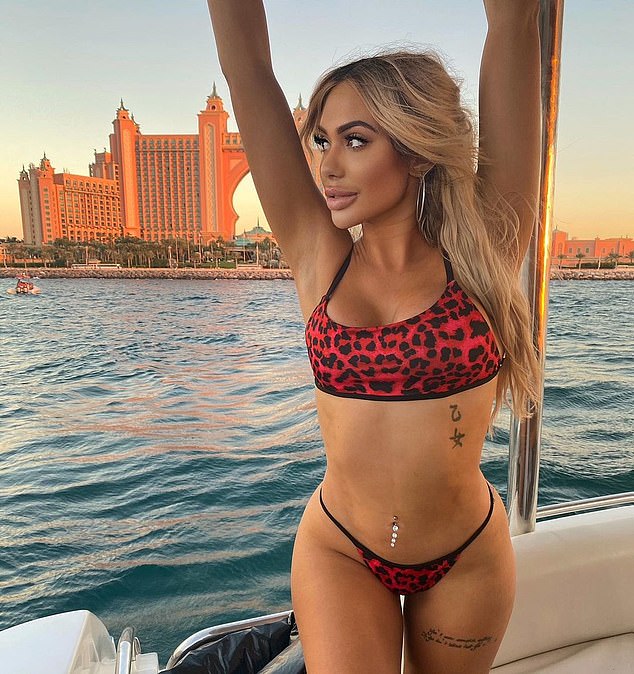 Dubai had a harsh lockdown at the start of the pandemic but has since imposed few restrictions, keeping restaurants, religious sites, schools and hotel bars open to attract British tourists fleeing harsher measures.

Tourists could enter if they presented a negative PCR test taken within 96 hours of their arrival.

The time period is more relaxed than other countries such as Singapore who require a test to be taken within 72 hours of travel.

The UAE’s latest infection rise comes after many British influencers promoted Dubai as a holiday destination during the pandemic.

Trending Travel, which uses celebrities to advertise holidays that customers can then experience for themselves, says hard-hit companies have been pushing the getaways on social media.

Grant Shapps tweeted: ‘We need to immediately remove the UAE from the #TRAVELCORRIDOR list. From 0400 Tuesday 12 Jan anyone arriving from the UAE will need to SELF-ISOLATE’

The company encourages reality stars from Love Island and TOWIE to share glamorous bikini snaps from their holidays while tagging their brand.

But CEO Keith Herman told the BBC he has instructed the stars to stop sharing posts during the latest lockdown, fearing a backlash.

Flights to Dubai have been cheap, despite the mutant strain in England which caused many countries to enforce bans to incoming tourists.

Travel and tourism normally contributes more than 11 per cent to Dubai’s GDP, and the luxury city has been promoting a Visit Dubai campaign since July in a bid to revive the sector.

But the relaxed local rules and the lack of travel bans or quarantine rules for its many incoming travellers will be questioned amid the latest surge in cases. 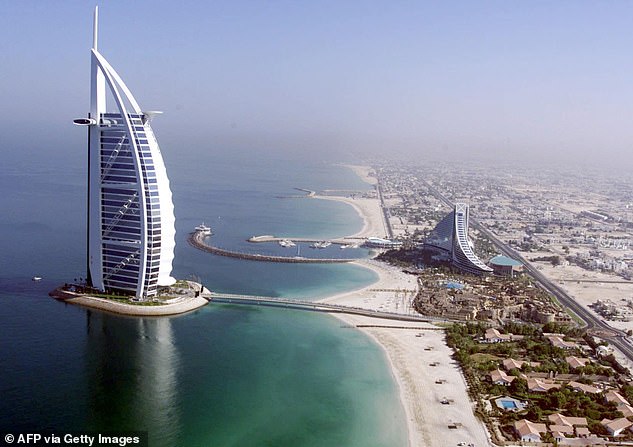 Stars have been heavily criticised on social media for travelling over the festive period, with Kym Marsh hitting out at influencers travelling to Dubai amid the coronavirus restrictions in the UK.

The TV presenter, 44, admitted she was left unimpressed by photos on social media of reality stars living it up in the UAE while Britain is in the midst of its third lockdown.

Many stars have travelled to Dubai using a ‘work’ loophole but Ms Marsh admitted in her OK! magazine column she thinks work trips should be put off for the time being.

One agent told the Mirror an unidentified star received ‘death threats in [their] direct messages’ following a recent trip to Dubai.

They said: ‘It’s been relentless. We warned them not to travel abroad while a lot of the nation is under severe restrictions as it’s a terrible look, but they ignored it.’

The source added that ‘work’ for influencers consists of ‘doing vlogs’ and ‘advertising diet drinks’, which allows the stars to travel in return for publicity.

They added: ‘But it has gone down like a lead balloon with their fans, and you have to wonder if it is really worth it.’

Love Island stars are among those who have travelled to the UAE in recent months, with some jetting off while parts of the UK remained in strict Tier 3 and Tier 4 lockdown.