Covid reaches ANTARCTICA: 36 people stationed at a Chilean research base catch the disease – meaning it has now spread to every continent

Coronavirus has infected a Chilean military and research base in Antarctica – meaning the disease has now spread to every continent.

Thirty-six people at the General Bernardo O’Higgins Riquelme base tested positive for Covid-19 on Monday.

The outbreak has been traced to the delivery of supplies from the Naval vessel Sargento Aldea which arrived from Chile on November 27.

The base is one of 13 Chilean bases in Antarctica of a total of 70 international research bases at the South Pole, including five British stations 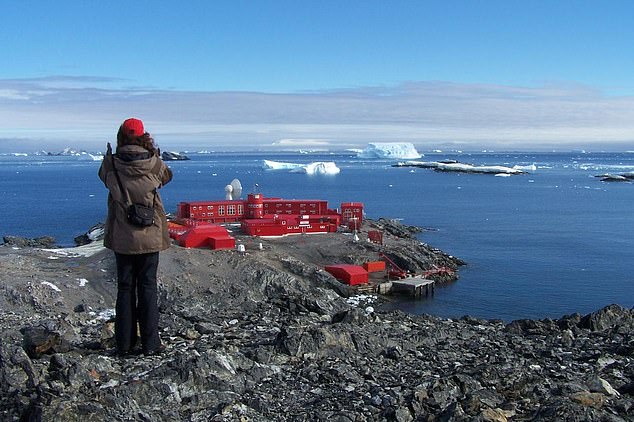 When the boat returned to the port of Talcahuano in Southern Chile on December 16, three of the 208 crew members tested positive for Covid.

Several more cases from the boat had already been detected after it docked at Punta Arenas on December 10, according to the Chilean Navy.

The Navy say that every precaution was taken before setting sail to Antarctica, with all of the crew coming back negative after swab tests.

At the O’Higgins base, 26 army personnel have been infected along with 10 contractors who were doing maintenance work on the facility.

The Chilean Army said all non-essential staff at O’Higgins had been flown back home.

In a statement to TV station 24 Horas, the Chilean Army said: ‘Thanks to the timely preventive action it was possible to relieve said personnel, who, after being subjected to a medical control and the administration of a PCR test… turned out to be positive for COVID-19.’

The base is thought to be able to accommodate around 60 military personnel, along with space for eight scientists. 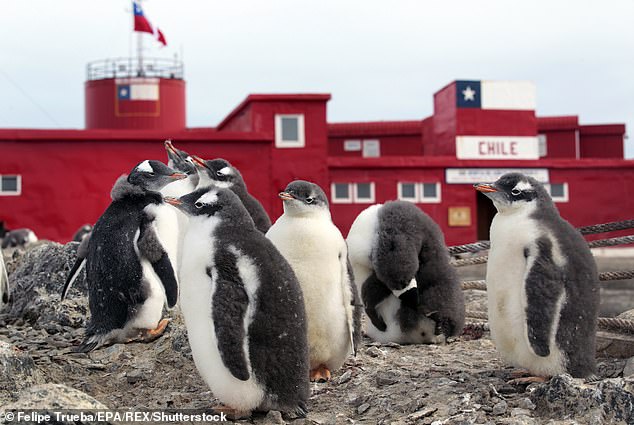 Penguins at the Chilean base in Antartica

Twenty-four contractors were taking part in the maintenance work, according to La Prensa Austral.

Until Monday, Antarctica had been the only corner of the planet untouched by the deadly virus.

All tourist traffic to the icy continent at the South Pole has been cancelled throughout the pandemic and all contact between the roughly 70 bases banned.

As a result much of the collaborative work, including at the five British research stations, has been hindered.

The base is one of 13 Chilean bases in Antarctica and is named after Bernardo O’Higgins Riquelme, a national hero who lead the fight for independence from Spain in 1810.

O’Higgins was a wealthy landowner of Spanish and Irish ancestry.